I was young and it was immature behaviour: Rahul Yadav

The co-founder of Housing.com discusses the key takeaways from his unceremonious exit and his new journey 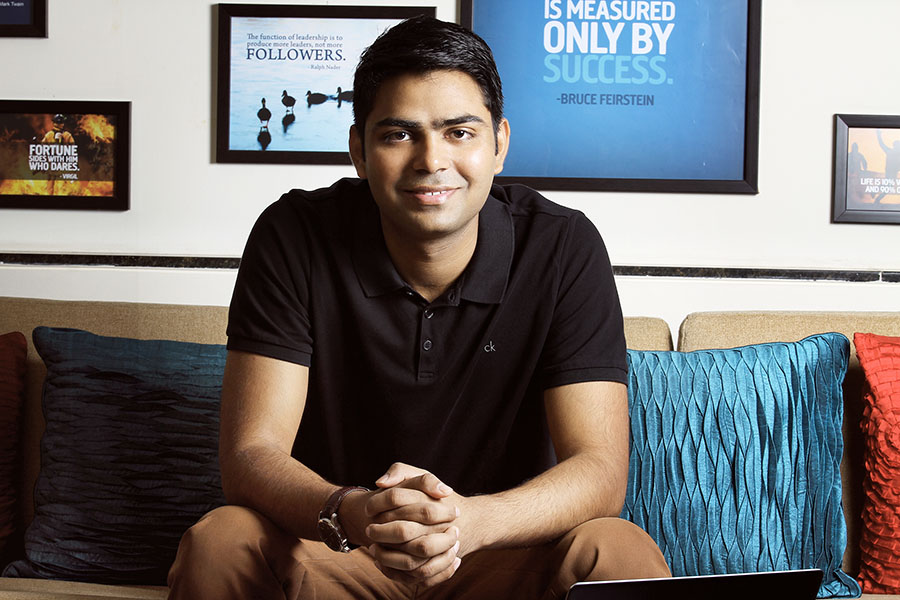 From the poster boy of young entrepreneurship to enfant terrible, the sobriquets that defined Rahul Yadav in 2015 changed dramatically over a few months. Early that year, a mail he had shot off to investor Shailendra Singh of venture capital firm Sequoia Capital—threatening to “vacate the firm” if they didn’t stop “messing around” with him—went public. “This marks the beginning of the end of Sequoia Cap in India,” wrote Yadav, who was the co-founder of Housing.com at the time. It triggered a downward spiral for the then 25-year-old, who first resigned calling his board members and investors “intellectually incapable” of having a discussion, then withdrew it before eventually being booted out. Nearly four years on, sitting across the table from me, Yadav chooses his words carefully, but minces none. Being called the “Housing.com guy” riles him because “I’m kind of done with that story now”, he says. He is now the chief technology officer with property consultants Anarock and insists that his current roles, both professional and personal, have brought him far more stability. In an exclusive interview, he tells Forbes India about his journey from a precocious IIT dropout to a tech professional. Edited excerpts:

Q. What do you think went wrong between you and Housing.com?
I was way too young at that time and it was immature behaviour. I guess it was okay at that age. I was a leader in college [IIT-Bombay], and then the co-founder of Housing.com. I was always the single point of authority. Even if I was wrong, no one was questioning me. That way, leaders tend to get delusional a bit and take wrong calls with confidence.

But now, I won’t do such a thing. If I set up a company again, I won’t get into a spat with investors. If there are problems, you have to talk them out. And if things don’t work even then, you part ways amicably. Now, I’ll do a very good transition.

Q. What has brought about a change in perspective?
Being married, working with senior people at Anarock. The idea of settling down came through a conversation with an investor. After Housing, he suggested I should get into a relationship. He said you are living in a different world, a relationship will tell you what real life is like. I took it seriously. Now I realise what empathy is, that other perspectives should also be taken into account. Earlier I would see married people leaving office at 6 pm and would think married logon ko hire nahi karna chahiye [one shouldn’t hire married people]. Now I understand why people leave early or come late. I used to stay at a walking distance from my office. I was a bachelor and was doing financially well at a young age. All these had advantages for me. I had no idea of the troubles that people in Mumbai undertake to travel long distances and reach their workplace. Also, your life partner can tell you to your face when you are wrong. That’s a big thing [in keeping you grounded]. Both parties need to be humble, and that’s the complete opposite of what I used to be.

Q. During your Housing.com days, you mentioned you lived and breathed work. Do you feel such obsession came in the way of objectivity?
It did. If you focus too much on one thing, you tend to lose sight of the macro. You should give it time. You should balance life better. If you think and work like a machine, you become intelligent, but if you want a better outcome, you should understand the world. And this world has things like limited [work] hours, holidays.

I am no longer looking for happiness only through my profession. Earlier, I would put all the burden on the company to make me happy: Grow fast, bring money, etc. But you can’t accelerate growth beyond a point. So you should have balance.

Find happiness with parents, partner, friends, activities. You should not put the burden of happiness on just one thing. Some people put all the focus on their partners to make them happy. That is not right either. You should find happiness in multiple things.

Q. How difficult was it to deal with the days following Housing.com?
Not difficult at all. I didn’t have any emotional upheavals, nor any hard times. I was constantly thinking of new ideas. Or I spent time with friends, mostly my IIT friends and the co-founders; we still meet every day and discuss new ideas. Having close friends, some of whom are still working with me, helps.

I also got used to [the criticism by the media]. I realised later the media writes negative about all the people. I think I was really hard on my critics; you should be okay with their views.

Q. What are your takeaways from Housing.com?
That you should do things with taste. Always surround yourself with intelligent, super-sharp people. And technology is God, you can change the game with technology. From Anarock, I’ve learnt that you have to have patience, things will work out and the right combination of business and technology is needed to build something meaningful.

Q. Are you going to set up another venture anytime soon?
Not really. I think [the startup ecosystem] in India is still small. To make a startup, I’ll again have many issues. Let it take a decade’s time. I don’t think India is yet ready for me to start something again.

Q. How different is working for someone else to owning your own company?
Owning a company means you get 80 percent of the stress and the rest of the company gets 20. Here it’s the reverse. Second, in your company it’s your call in case of disagreement. When you are working for others, it’s someone else’s. However, since Anuj [Puri, chairman of Anarock] himself has come from a job background, and has earned equity and become an owner over time, he doesn’t behave like a typical promoter.

In terms of work, earlier my volume of work was more. But I do much more in thinking now. I don’t try to do a hundred things, but two-three deep-impact things.

Q. Do you regret dropping out of IIT in your final year?
Not at all. I regret not leaving early. The education system in our country is a gone case [sic].

Q. What would be your advice for young entrepreneurs who find themselves in your shoes?
Talk it out. We are a species that can speak and discuss. The co-founders should meet in person with the investors. The interaction the two have is very little. They only meet in board meetings where the agenda is already set and the mood is formal. They should meet otherwise too and if there is a problem, the founder should reach out in person and discuss. It’s just the gap of a few words.

Tweets by @forbesindia
Mindtree: Mind on target
People to watch out for: Forbes India 30 Under 30 Special Mentions