Putin goes to war in Ukraine

President Vladimir Putin of Russia declared a "special military operation", saying he would seek to demilitarize but not occupy Ukraine but minutes after he ordered his troops to war, large explosions were visible near Kharkiv, capital city Kyiv, and others

By Anton Troianovski and Neil MacFarquhar 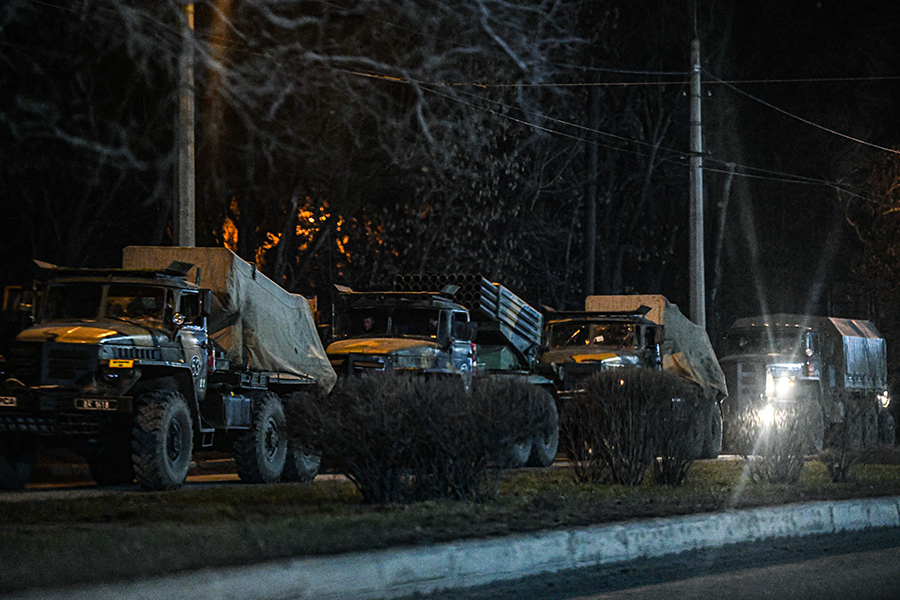 President Vladimir Putin of Russia declared the start of a “special military operation” in Ukraine, pledging in a televised speech broadcast just before 6 a.m. Thursday that he would seek to demilitarize but not occupy the country.

Minutes after Putin announced that he was ordering his troops to war, large explosions were visible near Kharkiv, Ukraine’s second-largest city. Explosions were also reported in other Ukrainian cities, including the capital, Kyiv.

The invasion had begun, the Ukrainian interior ministry said in a statement.

Even as he spoke, the United Nations Security Council held an emergency meeting imploring him not to invade.

Putin said he was acting after receiving a plea for assistance from the leaders of the Russian-backed separatist territories formed in eastern Ukraine in 2014 — a move that Western officials had predicted as a possible pretext for an invasion.

Putin also described the operation as a response to a “question of life or death” that he said Russia was facing as a result of the eastward expansion of the NATO alliance — which Ukraine has aspired to join.

“This is that red line that I talked about multiple times,” Putin said. “They have crossed it.”

The operation’s goal, Putin said, was “to defend people who for eight years are suffering persecution and genocide by the Kyiv regime,” citing the false accusation that Ukrainian forces had been carrying out ethnic cleansing in separatist regions of eastern Ukraine.

In bellicose language, Putin also issued what appeared to be a warning to other countries.

“Anyone who tries to interfere with us, or even more so, to create threats for our country and our people, must know that Russia’s response will be immediate and will lead you to such consequences as you have never before experienced in your history,” Putin said. “We are ready for any turn of events.”

In a statement, President Joe Biden placed responsibility for the conflict squarely on Putin’s shoulders.

“President Putin has chosen a premeditated war that will bring a catastrophic loss of life and human suffering,” Biden said.

Tweets by @forbesindia
Photo Of The Day: Russian invasion
CoinDCX: Unleashing the potential of Crypto in India