How can Ukraine-Russia conflict unfold?

If Russia decides to attack Ukraine for whatever the reason, the battlefield will be Ukraine, not Russia, and Western countries can decide to defend Ukraine even if the country is not part of NATO, without attacking Russian territory 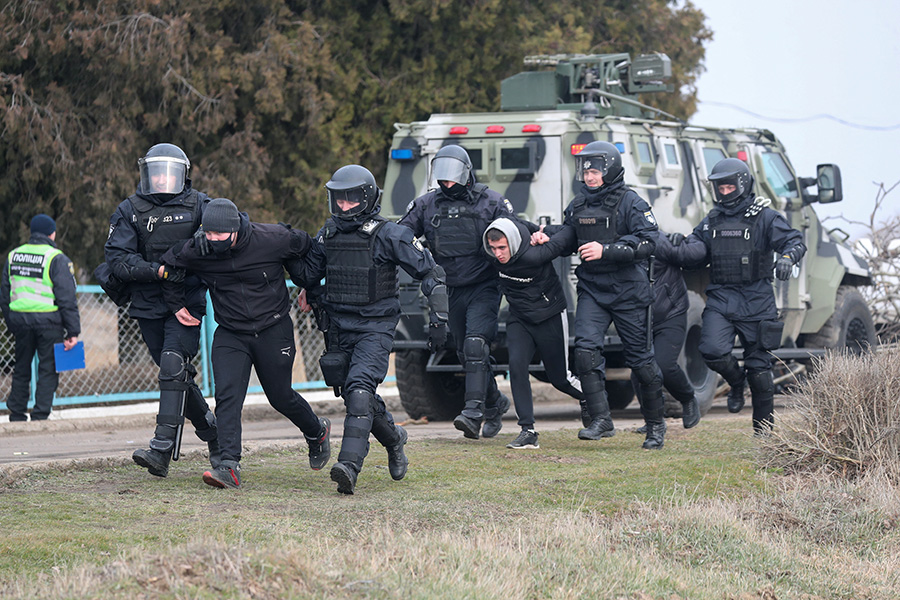 The development of the Ukrainian crisis depends on one main demand from Russia, that Ukraine cannot join NATO. Among the reasons, there is an undocumented promise to Gorbachev that NATO will not extend eastwards, or the fear of American troops on the border with Russia. There is however another, practical and strategic, reason, why Russia insists on its demand.

NATO is a military alliance, established in 1949. It constitutes a system of collective security, whereby its independent member states agree to mutual defence in response to an attack by any external party. It means that all member states are under the obligation to protect the territorial integrity of all alliance members. This is where the problem lies.

What is the territorial integrity of Ukraine if it joins the alliance? Two areas are the bone of contention: Crimea and Donbas. Crimea has been annexed by Russia in 2014. Today, only a handful of countries recognize Crimea as part of the Russian Federation. All other countries consider Crimea as part of Ukraine. Donbas has not been annexed. Its status is in limbo, like a renegade province, and no country recognized its independence. If Ukraine joins NATO, the country will naturally come with the map where Crimea and Donbas are part of Ukraine. After all, these are the boundaries under which Ukraine is recognized as a member of the United Nations. Upon acceptance of membership, all other NATO members will recognize this map as the territorial sovereignty of Ukraine they owe to protect. Ukraine will say that it has been attacked by an external party (Russia), that this external party has illegally annexed Crimea and that it is backing an illegal insurrection in Donbas. Russia will thus be identified as the attacker on one of the NATO members, and this will initiate a reaction from all other NATO members.
If there is an attack by NATO on Crimea, Russia will consider that it is an attack on its territory like an attack on Moscow or St Petersburg. In that case no city will be safe. Berlin, Paris, or Washington will not be off limits. If there is one thing Putin should be credited for, it is his readiness to fully retaliate if Russia is attacked. Is the United States willing to take the risk?

If Russia on the other hand decides to attack Ukraine for whatever the reason, the battlefield will be Ukraine, not Russia, and Western countries can decide to defend Ukraine even if the country is not part of NATO, without attacking Russian territory. The only time when Soviet Union attacked another country which was out of its sphere of influence was Afghanistan and we know how it ended. Is Russia willing to take a risk of another Afghanistan, in Europe this time?

A solution for NATO is to recognize the right for Ukraine to apply for membership, to accept its application but to delay a positive answer. In that case NATO applies the Bosnia-Herzegovina precedent. Since the end of war in Bosnia Herzegovina in 1995, there was a constant demand to join NATO. It was impossible to accept it at that time since there were separate armies operating in the country. The Armed Forces of Bosnia-Herzegovina have been formally unified in 2005 but on the operational level, the different battalions are still split according to ethnic/religious lines. There is formally a unified command, but in practice the different battalions do not cooperate very much. In the case of Ukraine, there is no unified command with Crimea and Donbas, so NATO can say, let’s wait that you have effective unified command on the whole territory before you can join the alliance. This can take some time.

Both options are on the table. Russia is for the moment in the centre of the game because it can decide to attack or not. But the United States holds the key decision on Ukraine’s membership in NATO upon which all other decisions depend. The Western countries can decide for moral reasons to accept that Ukraine is part of NATO and to wage a war against Russia if necessary. The same countries can decide for realpolitik reasons to delay the extension of NATO to Ukraine and find a solution to avoid the war. Simply, the price is not the same and all parties should compute that price before engaging some irreparable action.

Cedomir Nestorovic is ESSEC Professor of Geopolitics and Islamic Business

Tweets by @forbesindia
It was very fortunate to be a success just out of college: Rashid Khan—Forbes India 30 Under 30
Photo Of The Day: Jackasses in love