The ICC 100% Future Leaders Programme selected 40 women out of 300 applications, from across 29 member countries, for a six-month programme designed to address the underrepresentation of women in leadership positions in cricket 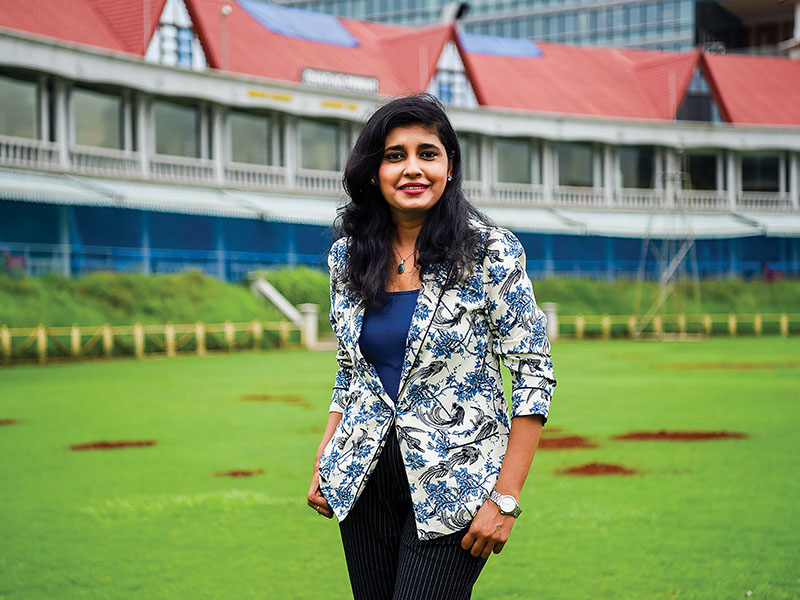 Her selection for the International Cricket Council’s (ICC) inaugural 100% Cricket Future Leaders Programme could not have come at a better time for Harini Rana. She was battling post-Covid complications and was in her ninth day of quarantine when the news brought some cheer. “The achievement became sweeter… not often does the world’s governing body for cricket look at you as an individual with potential to become a future leader in the game,” says the Mumbai-based former journalist who’s now head of content at Rise Worldwide.

Rana and Vijeylaxmi Narasimhan, a former Tamil Nadu and Indian Railways player, and now match referee on the Board of Control for Cricket in India (BCCI) panel, are the two Indians among 40 women selected from 29 ICC countries for the six-month programme, to be held in two batches, starting June and November. Designed to address the underrepresentation of women in leadership positions in the game, it received over 300 applications from 45 countries.

Vijeylaxmi was under the impression that she hadn’t made the cut, as she did not get an email on the day the names were meant to be announced. “Initially, I was shocked. My friend sent me a congratulatory message later and I wondered what it was for. I realised that they had released the list to the press… subsequently I got my confirmation email as well,” she says.

For both the women in their 30s, this is an important milestone, given the circumstances they have faced to carve a niche in a male-dominated sport and its ecosystem. Rana chose to break the stereotype associated with her Gujarati community—that one can only become a doctor, engineer, MBA or a businessperson. She gave up on her dream to become a commercial pilot due to financial constraints, and opted for media and sport as a career, inviting murmurs from those around her.

She credits her success to her spiritual mentor, Morari Bapu, who sponsored her trip for the 1999 cricket World Cup in England when Rana was just 13. “We didn’t even have the luxury to go on a holiday in India, forget England. He managed eveything. If I hadn’t got that exposure in my formative years, I wouldn’t have even known that an ecosystem in sport exists… that there is a press box, an events team etc,” says Rana, whose father worked as accounts head with Air India and Hotel Corporation of India, while her mother, a bank manager, gave up her job to take care of the household responsibilities of their nuclear family.

After completing her Bachelor of Mass Media (BMM)—thanks to her principal, who admitted her in the second year and gave her an extension to pay her fees of ₹8,000 as she could not afford them then—Rana joined Sahara News and learnt everything on the job. Later, she moved to Times Now where she became national sports editor during her 12-year stint at the news channel.

Having covered marquee events like World Cups, Olympics, Commonwealth Games, Wimbledon and French Open, she became determined to inspire other women who dream big. “Sport and spirituality helped me in my journey. Being selected for the ICC programme seems like a huge step in my direction of being a voice of change, when it comes to women in sport. I want to contribute on a larger scale and this opportunity will enable me to play a bigger role in being a change-maker for sport in our country,” says Rana. 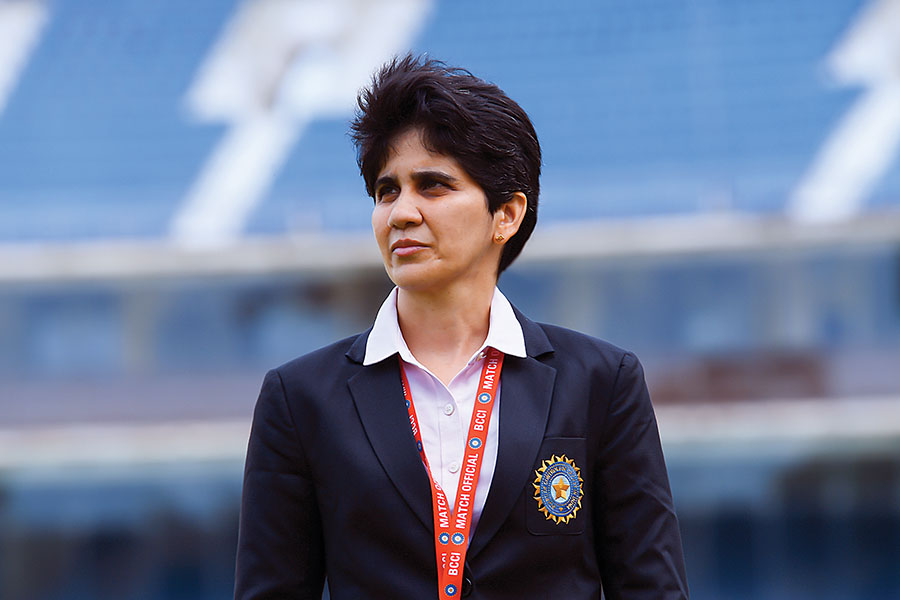 As a schoolgirl, Vijeylaxmi would freely play tennis ball cricket with her brother and his friends in their colony. The all-rounder developed a liking for the game, but did not know that ‘women’s cricket’ existed. It was only when she joined a 40-day summer coaching camp in her first year of college did she realise that girls don’t necessarily have to play the sport with boys. Also, her parents were uncomfortable with their grown-up daughter playing with boys on the streets. “But I insisted that I wanted to pursue cricket. They agreed, but only if I played with girls in college,” she says. So, she joined Ethiraj College for Women in Chennai and made it to its cricket team.

Soon after, she represented the junior and senior Tamil Nadu teams. Eventually, she also played for Indian Railways in domestic cricket under India captain Mithali Raj. “There aren’t job opportunities for women cricketers. Only Railways employs them,” explains Vijeylaxmi, a banking management graduate, who got selected for the team in 2006. Her parents were only too glad that it brought home her salary, while fulfilling her passion for the sport.

After marriage, Vijeylaxmi took a break for a year and played for a couple of years after her return. Later, she forayed into coaching, completing a certified course by the BCCI. She coached the under-16 and under-19 state teams for girls, before she got an offer to sit for a match referee seminar from the cricketing body. Vijeylaxmi cleared that too, and has been a referee since 2018. “In BCCI matches, I even act as the third umpire,” says the mother of two daughters, aged five and nine. She hopes the ICC programme will help develop her skills and improve her knowledge about the game. “A referee is the captain of the ship. One has to be good at leadership to communicate with others,” she says.

Senior sports journalist Sharda Ugra is delighted to see two Indian women among those who will be mentored. “It’s not surprising that there are Indians on the list. This [selection] is significant because then you are able to build communities around women in their professional workplace, particularly in sport, where the balance of men’s and women’s representation as well as power is skewed,” she says.

Ugra is one of the mentors for the programme, along with the likes of former Australian captain Belinda Clark and former West Indies cricketer Ian Bishop. She feels “it will be hard for the ground to change, and all you can do is keep pushing as much as you can” to change people’s mindset about women in sport. Rana agrees. “Transformation is slightly slow, but it is happening at every level. People’s perception towards women is changing. Change is happening, but it’s a slow process,” she says. Vijeylaxmi feels achievements like the Indian team ending up runners-up in the 2020 T20 World Cup have signalled a shift in attitudes. “People have started watching women’s cricket and other sports too. I hope in the future there won’t be any difference between men and women,” she says.

And they want to lead by example. “If I can make it, any girl can, as long as you are focussed on your goals. I hope to inspire more girls in our country, which has amazing talent that only needs to be channelised,” says Rana. Vijeylaxmi is already looking at newer targets. “I am currently on the BCCI panel. The next step would be to get on the ICC panel.”