Olympics will be an open field, but I'm prepared: PV Sindhu

2016 Olympic medal winner PV Sindhu hasn't won a championship since 2019, and hasn't had the perfect run-up to the Games, but don't dismiss her just yet 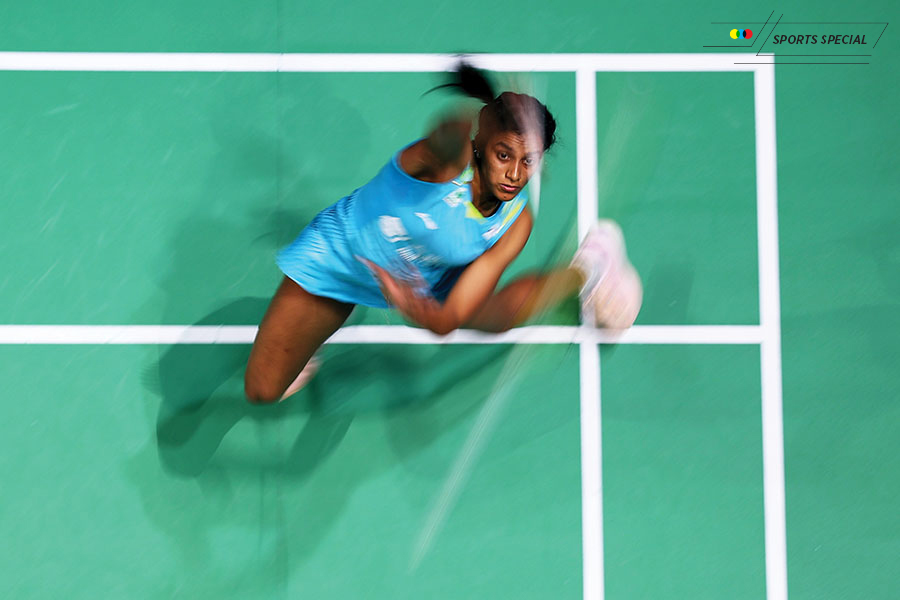 Every time PV Sindhu has stepped on to the court since her silver-winning feat in Rio in 2016, she’s carried the burden of a billion expectations. The Tokyo Games, where she will be the solitary Indian representative in the women’s singles category, will be no different.

Since her Olympics exploits, Sindhu has had a rollercoaster ride: She lost an epochal World Championships final to Nozomi Okuhara in 2017, before winning the tournament in August 2019; but that was also the last tournament she’s won since. Meanwhile, the 25-year-old has parted ways with her coach Pullela Gopichand, who’s trained her since she was 10, and high-profile foreign coaches Mulyo Handoyo and Kim Ji Hyun. Sindhu now trains with South Korean Park Tae Sang and has opted to stick with him post the Olympics.

The lanky Hyderabadi, though, remains unperturbed with this musical chair of coaches, speculation on what transpired between her and Gopichand, and her barren run since 2019. Like every athlete waiting to peak in Tokyo last July, the pandemic and the subsequent postponement of the 2020 Games was disappointing for her as well, but Sindhu’s latching on to the silver lining: Spending months at home with her family and bringing home a dog, christened Rio. In an interview with Forbes India, she discusses her preparations for the Games beginning July 23 and what makes her confident about her prospects. Edited excerpts:

Q. Was it a setback to have the Olympics postponed by a year? How do you keep your focus with the postponement and the uncertainty?
We were all set when it was announced suddenly that the Olympics are to be postponed. It was disappointing because I worked really hard, and I was in good form. But we need to understand the situation. [Through these months] I made sure I kept myself busy. I kept telling myself I need to be positive because it gives me another year to train and learn new skills and techniques.

There is a lot of talk around the Olympics even now, and 80 percent of the population in Japan is against the event. As a player, you have to keep working hard and stay focussed, because you never know what is going to happen. If the Games happen, then you're good; you are prepared and completely in form, so you just go out there and play. But you can't not prepare because of the uncertainty, because when the tournament finally happens, you will stay unprepared.

Q. With Covid still an issue of concern in Japan and many in the country speaking out against the Olympics, are you apprehensive of your time in Tokyo?
The pandemic is everywhere. Recently, I travelled to Thailand [for the Thailand Open], Switzerland [for the Swiss Open] and England [for the All England Badminton Championships]. Travelling is dangerous but you have to do your best, maintain protocol and stay safe. When you talk about Tokyo, I think protocols are being followed and organisers are making sure that everything is fine. They have also told us we will be tested every single day. We will also be in a bio-bubble, which is good for every athlete. It is not easy to ensure the safety of so many athletes at once. [But] I have played a couple of tournaments like this, staying in the bio-bubble, going and playing the match, and coming back to the hotel again.

2021 didn't start off well, but results at the Swiss Open and the All England Badminton Championships were good. I'm happy with my performance.

Q. You’ll be going to the Olympics as a top medal contender. The gold medallist in Rio, Carolina Marin, has withdrawn due to injury. Are you feeling the pressure of expectation?
Pressure and responsibilities are always going to be there, whether she [Marin] is there or not. It is sad that she is injured and won't be competing, but at the same time I have to go with a focussed mindset. I have to be calm, composed and give my best. When you go into a match, you just focus on it and take one match at a time.

Q. Who do you consider as your main competitors there?
There are a couple of players. I think the top 10 players in women’s badminton are of similar standard, so there’s Tai Tzu Ying, Nozomi Okuhara, Akane Yamaguchi and a couple of others too. Because it’s the Olympics, everybody is going to be in their top form and you can't expect any easy matches. Every point counts.

Q. You’ve had mixed results in this season, and haven’t won a tournament since the 2019 World Championships. Going into the Olympics, does this bother you?
It doesn't. Yes, 2019 was a really good year because I won the World Championships, and there weren't too many tournaments in 2020. 2021 didn't start off well, but the results at the recent Swiss Open and the All England Badminton Championships were comparatively good. I'm happy with my performance. Obviously, not the result that I expected; I discussed it with my coach and made sure the mistakes I made were rectified. Now, I've improved my game. I'm pretty confident I will do well.

After the All England Badminton Championships, we haven't had any matches, so it's going to be different. Every player would have learnt a new technique, new skill, so we don't know each other’s game. It's going to be an open field, we have to be prepared for everything.

Q. You’ve trained with Gopichand since you were 10. Why the decision to change coaches?
Since the time I started, I've had a lot of coaches. When I started, Mehboob Ali and Mohammad Ali were my coaches, then when I shifted to LB Stadium, from there we went to Gachibowli Stadium. I've had a couple of coaches like Rajendra [Kumar], Siyadat sir, Goverdhan [Reddy] sir, [SM] Arif Sir, Tom [John] sir and, of course, Gopi [Gopichand] sir, Mulyo Handoyo, Kim Ji Hyun and now Park Tae Sang.

It is good to have different coaches, since each has a different mindset, game style and thinking. It is nice to learn new skills and techniques, and utilise them when you're playing.

I have been playing under Gopi sir since 10, and have learnt a lot. After that, in 2017, I had Mulyo, who was focussed on our game style and the strokes we play, while Kim taught me to be alert and be on my feet all the time.

Q. You’ve been training with South Korean coach Park Tae Sang for a year now. How has Park developed your game?
Park's approach is that you try everything. Even though you make mistakes, you keep trying during training so that you’ll attain perfection with a stroke when you play a match.

Right now, it was a good time for us to practise on our skill and technique, because there were no tournaments. I do my off-court sessions with my trainer at Suchitra Academy and the on-court are with Park at the Gachibowli Stadium.

Game wise, I have been working on my defence and on my skill. Olympics is an event where you have to be good at everything. In the last year and a half, I've really improved. I know I've lost some matches and won some... but I think that doesn't matter. It's important that you learn from your mistakes and not repeat them.

Q. You are quite active on social media. How do you deal with the trolling that might come with it?
When I would lose, a lot of people would keep calling me "Silver Sindhu” and I just wanted them to understand that reaching the finals in itself was a big thing and it was tough. I know they might have been saying all that out of frustration or support, but it’s not easy and you can’t always win. At the same time, I've never felt like I needed to say something back, because these were their perspective. People will say what they have to and what they want to... but I think it's up to us to listen to what we want to. I don't have any rule that I will not see messages and comments, because you keep seeing these things every day. It’s up to you how you take it. What I don't like, I just let it go.

Q. There has been a buzz with tennis star Naomi Osaka first refusing to do press interactions during the French Open and then pulling out. How do star athletes straddle such scrutiny?
I've never faced a situation like that. Winning and losing is a part of life. When you finish a match, you have a media interaction and then you go back.

In a case like Osaka’s, we need to understand and respect her views and the situation which she is in. Also, at the same time, we need to have the right communication between the organiser and the player.

Tweets by @forbesindia
The tech cold war's 'most complicated machine' that's out of China's reach
Photo of the day: The bull run