The complex machine is widely acknowledged as necessary for making the most advanced chips, an ability with geopolitical implications 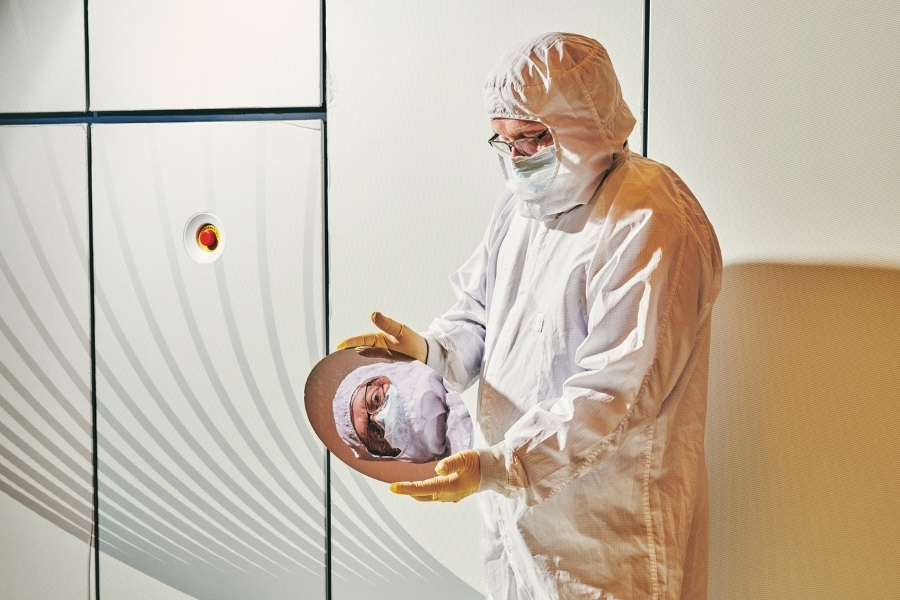 Lead equipment engineer Robert Young holds a silicon wafer from a chip-manufacturing machine at the IBM research facility in Albany, N.Y., June 30, 2021. A $150 million chip-making tool from a Dutch company has become a lever in the U.S.-Chinese struggle. It also shows how entrenched the global supply chain is. (Bryan Derballa/The New York Times)

SAN FRANCISCO — President Joe Biden and many lawmakers in Washington are worried these days about computer chips and China’s ambitions with the foundational technology.
But a massive machine sold by a Dutch company has emerged as a key lever for policymakers — and illustrates how any country’s hopes of building a completely self-sufficient supply chain in semiconductor technology are unrealistic.
The machine is made by ASML Holding, based in Veldhoven. Its system uses a different kind of light to define ultrasmall circuitry on chips, packing more performance into the small slices of silicon. The tool, which took decades to develop and was introduced for high-volume manufacturing in 2017, costs more than $150 million. Shipping it to customers requires 40 shipping containers, 20 trucks and three Boeing 747s.
The complex machine is widely acknowledged as necessary for making the most advanced chips, an ability with geopolitical implications. The Trump administration successfully lobbied the Dutch government to block shipments of such a machine to China in 2019, and the Biden administration has shown no signs of reversing that stance.

Tweets by @forbesindia
How TV Narendran steered Tata Steel out of its decade of loss
Olympics will be an open field, but I'm prepared: PV Sindhu