Intel originally had strengths in being vertically integrated, but these advantages seem to be coming loose, as the market is getting newer entrants who are more efficient in doing the same activities that Intel was earlier doing in-house 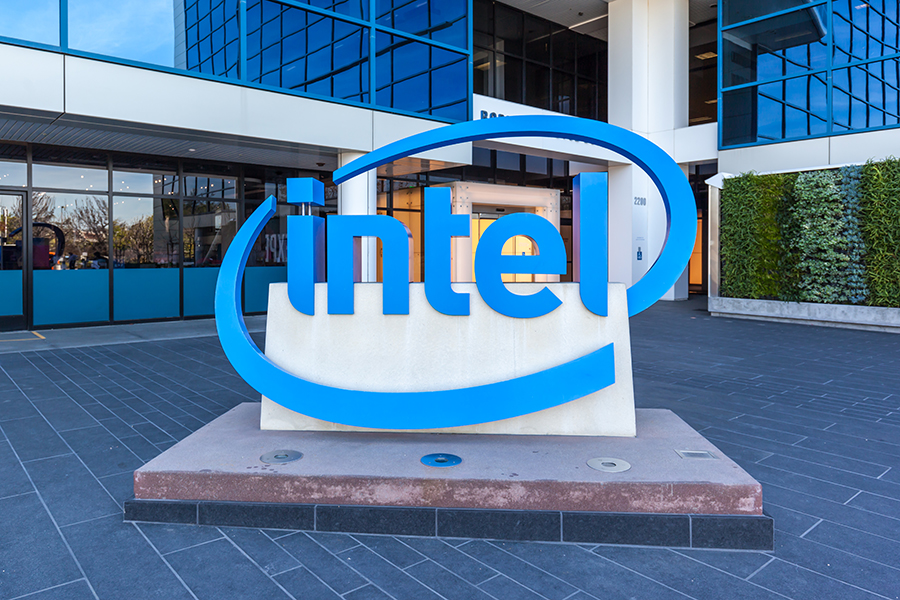 The recent news about Intel’s delay in introducing the latest generation chips has caused a great deal of concern, for both the US competitiveness, and industry watchers. This was further aggravated by Apple stating that it would move from using Intel microprocessors to those designed by itself based on technology by ARM, a low-power chip designer. The subsequent dethroning as US chip leader was the final blow, when Nvidia’s market cap overtook that of Intel in July. Intel announced the departure of its chief manufacturing officer, Venkata Murthy Renduchintala manufacturing head.

This also is a great opportunity for corporate strategists to study about what could go wrong in a vertically integrated global industry leader.

Intel is an integrated manufacturer predominantly manufacturing microprocessors, commonly referred to as 'chips'.  It designs these chips and then manufactures these in its huge factories (called as fabs). These chips are tiny pieces of silicon, which are the heart of all electronic devices today, right from mobiles and laptops to the servers which drive the internet commerce today to defence applications.

Over the years, Intel has become dominant by becoming the vendor of choice due to its superior capabilities in designing these microprocessors. The superior performance comes from its ability to squeeze in millions of transistors in a very small space to get better performance. Intel has been successfully increasing the number over the years following an industry norm, called Moore’s Law, named after one of Intel’s earlier leaders. This states that the number of transistors in the same space on a chip will double every 18 months, and the price will remain the same. This effectively meant that the performance of these microprocessors effectively doubled every 18 months, and the entire industry anticipated these performance updates and planned their product releases and upgrades accordingly. This trend had been pretty much the norm right from the 1980s.

This meant that the microprocessor manufacturers like Intel and Advanced Micro Devices (AMD) had to constantly be under pressure to squeeze in more transistors in their designs and also at the same time, upgrade their manufacturing processes to accommodate the desired precision. Usually, these skills required operating at the nanometer level and had to consider having breakthroughs in processes, material sciences, product chemistry etc., besides having to consider doing all these at high productivity levels. So, to be successful in this space, there were two capabilities needed to be built up simultaneously, the design skills and the manufacturing skills.

Traditionally, Intel had always had superior design skills. These helped it overcome the earlier competitive threats from the Japanese players and the other US competitors, the foremost being AMD. Intel had forged a path of success based on its ability to churn out with almost clockwork efficiency. However, on the process part, it was not as efficient. It stepped out of the memory wars of the 1980s, giving ground to the Japanese and Samsung from Korea, who were able to ramp up production efficiencies much faster than Intel could. Intel had a tough time catching up and chose to focus on microprocessors.

The move to microprocessors, helped it shelter itself in a niche, where the competition was relatively lower, and its design capabilities and rapid product innovation helped. The industry forgave Intel for its mistakes, which occurred due to its processes not being good enough, and there were challenges like the Pentium recalls where it was forced to recall its product and take a write-off against profits.

This could illustrate that Intel has had challenges in gearing up its process capabilities.

In the meantime, the industry faced with the same difficulties, consolidated. Taiwan based, Taiwan Semiconductor Manufacturing Co. (TSMC) has been a contract manufacturer, making chips for its customers (like AMD and Nvidia), and has gained capabilities in the process area. This has enabled many companies, including AMD and Nvidia, to overtake Intel in design and process capabilities by focusing only on design and outsourcing their manufacturing to TSMC.

This is warning for Intel, as it had missed the bus historically, when it remained focused on its own technology, and the industry adopted other competing products, like ARM in mobile phones, and Nvidia GPUs which are the basis for machine learning algorithms.

Intel originally had strengths in being vertically integrated, but these advantages seem to be coming loose, as the market is getting newer entrants who are more efficient in doing the same activities that intel was earlier doing in house. TSMC announced that it had been able to manufacture using the 10-nanometer process over Intel who was facing delays. Later on, Intel also did not manage to perfect the 7-nanometer process in time which caused TSMC to move ahead. Intel had announced delays of over an year in releasing its chips based on this process. Intel had also stated that it would consider outsourcing its production to external OEM manufacturers like TSMC.

This is causing many industry spectators to comment that maybe Intel could consider becoming focused on only design, without having any factories, like many of its competitors. But this would have geo-political implications for Intel and the US, given the fact that the US would like to keep such capabilities in US hands and not outsource this to the Taiwanese or anyone else outside the US.

Companies should be aware of the change in the industry structure and be ready to capitalise on this change. Vertically integrated structures would give an advantage in the early stages of an industry, when there are no other players to whom one can outsource. Bringing these operations inhouse would allow a greater degree of control over the quality and assurance of supply.

But over time, as the industry evolves and more players come in, we see the industry break up into modular structures, (as pointed out by the late Clay Christensen). These modules, are comprising of companies who do a part of the industry value chain extremely well. For example, IBM used to make all the hardware, software, service for its mainframes. Then subsequently as the industry evolved, one saw players like Microsoft (Operating systems), Seagate, Tandon (Hard disks), Logitech (Keyboards and peripherals) enter in the industry. So it made a lot of sense to buy from these players and integrate everything into their products, so that one could be cost competitive. This led to the success of the PC era, where one saw a lot of players jump in with their own products using the capabilities of these modular vendors. These vendors over time, based on the business that they were getting, built capacities and capabilities specialising in the segments that they were operating in, thus becoming more efficient than the integrated players.

Companies need to keep an eye out for such players. Integrating them, buying out these players when they are small are some techniques that companies use to remain competitive. Organisations need to take a realistic approach to understanding if these capabilities need to be in house, to maintain an advantage or these can be outsourced, without losing any competitive edge. We see that Apple for example has outsourced the phone manufacturing but has chosen to keep the design in-house. (A fact that it states on every phone and computer “Designed by Apple in California, assembled in China”, or India as they move some production to India). Apple does not see a disadvantage in letting some other player manufacture product and is able to extract benefits of lower costs, as these players compete for the high volumes. Which works very well for Apple, albeit the recent move to India may have been in response to diversify its geographical risk.