How should Meesho attempt its brand revamp?

Currently, the social commerce platform follows a white and pink colour scheme with a rather simplistic logo that has the full name of the company in pink against white background possibly reflecting its primary female customer base 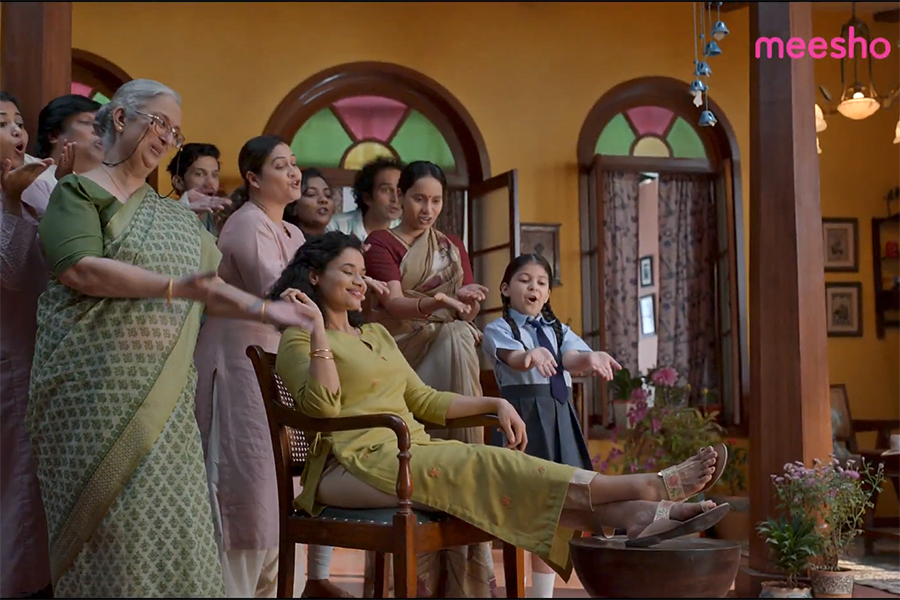 In terms of a brand revamp, experts think that Meesho should keep in mind that the change should not be drastic enough that it impacts their existing mass-market customer base.

Quoting sources familiar with the company, the report mentioned that about 80 percent of Meesho’s users and 65 percent of transacting users are from its direct selling business. The company now wants to claim a larger share of its user's wallet by onboarding relatively “affordable brands” on its platform.

Along with the change in the product listing strategy, Meesho is also looking to undergo a brand revamp. Currently, the social commerce platform follows a white and pink colour scheme with a rather simplistic logo that has the full name of the company in white against a bright pink background which may appeal more to a large female customer base. It seems that the company now wishes to move away from this image.

An email sent to Meesho on its possible brand revamp remains unanswered.

“They should for sure make the logo universally appealing (unisex) but also maintain distinctness and its category codes in place. Simplicity and its value proposition should be evident from the logo and its other design elements, including the colours,” he adds.

Badve further emphasises that while designing a new logo, longevity has to be kept in mind. “…logo is the most prime communication tool of the brand hence deep thought regarding its meaning and distinctness is crucial while designing the new brand identity. Contextual, adaptable across platforms, and technologically relevant is critical,” he notes.

Apart from the design change, Meesho has also taken a step towards forging its first sports sponsorship with the Indian Premier League (IPL). The strategic move can also be dubbed as an attempt to become more appealing to male consumers. As part of the deal, Meesho will be the official online shopping partner for the five-time champion Mumbai Indians, along with Royal Challengers Bangalore, Rajasthan Royals, and Gujarat Titans. As part of the tie-up, Meesho will be the lead trouser branding partner of all four teams. It also marks Meesho’s entry as the on-air broadcast partner on the Star Sports network for the coverage of Tata IPL 2022.

In a statement, Lucky Saini, VP & head of brand-Meesho, said, “The scale, reach, and popularity of the T20 league will be instrumental in expanding our reach and tapping into a new customer base. Sports is a great way to connect with our audience and make deeper market penetrations.”

In February this year, Meesho launched a new campaign, ‘India bhar pe chhayega,’ which highlights how sellers can grow their business with the platform. The marketing push is in line with Meesho’s vision to enable 100 million small businesses to succeed online in India. Meesho is aiming to build it further by creating more awareness about the platform in smaller towns through its advertising.

A report by digital news website Entrackr reported that Facebook-backed Meesho started out as a social commerce platform in 2015, often emphasising that empowering Indian women and making them financially independent by giving them opportunities to be an entrepreneur with zero investment is their core focus.

The report further highlighted that in mid-2021, the company switched tracks and decided to become an ecommerce platform by going to the customers directly, cannibalising the businesses of 15 million, mostly women resellers. Contrary to assertions on female empowerment, women resellers feel Meesho has robbed them of their livelihood after offering sustained earnings for years.

Today 75 percent of Meesho’s revenue is from direct selling.

As per a recent RedSeer report commissioned by Snapdeal in August 2021, the number of value shoppers is expected to triple, from approximately 78 million in 2021 to nearly 256 million by 2026.

Sreedhar Prasad, internet business expert and former partner at KPMG, believes that there are many regional brands across categories that are widely accepted in two to three states and Meesho can take them to a national level.

“They will be Rs 200-500 crore top line. If the move is to take these mass-market middle-class brands pan India then it is a good move because nobody has been able to give such brands national level scale. These brands are also available across big ecommerce platforms such as Flipkart and Amazon but they have not received the focussed promotional or marketing approach that Meesho could provide,” he explains.

In terms of a brand revamp, Prasad thinks that Meesho should keep in mind that the change should not be drastic enough that it impacts their existing mass-market customer base.

“Another tricky part is when you onboard a new set of mass-market branded products, how do you create and communicate the differentiation of unbranded and branded goods on the platform since today the approach appears more on value than brands,” he concludes.

Tweets by @forbesindia
Globalisation and its tenets are losing favor in the world
Photo Of The Day: Curbside delivery