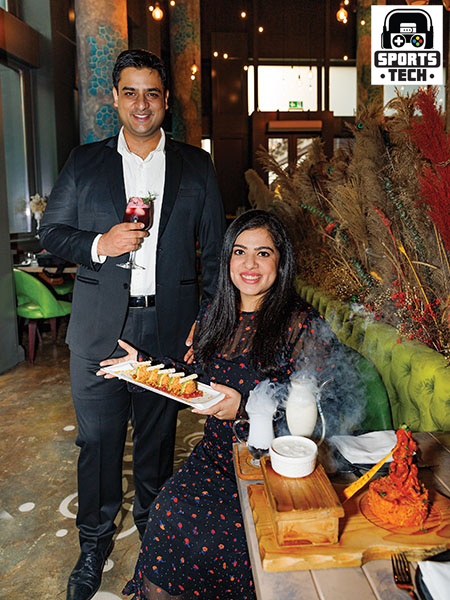 It all started with French fries. On a chilly morning in January last year, Gaurav Gupta was busy giving finishing touches to his blockchain-based infrastructure project. An engineer who has had stints in growth marketing for businesses such as Labster and Phllips, and had led the blockchain developer programme for Dash Network before venturing on his own as independent consultant, Gupta was confident that he was onto something massive. Eager to get an outside perspective, he asked his wife about her take.

Supreet Raju, though, was brutally candid. “This is all nonsense,” she said. A NIFT (National Institute of Fashion Technology) graduate, Raju always believed that tech-heavy concepts such as blockchain and NFTs (non-fungible tokens) acted as deterrent in terms of understanding. “I used to run away from the drawing room to avoid the conversation,” she recalls. For somebody who always focussed on creating simplistic designs to enable mass adoption, tech-loaded jargons and complex interface never made sense to her. “Why can’t we build something simple just like French fries?” she asked. “It’s easy to make, and great to consume.”

The thought stuck with Gupta. It was during the same time that the secondary market value of CryptoPunks, a series of 10,000 images tokenised as NFTs on the ethereum blockchain, started to shoot through the roof. As a designer, Raju got curious, and the couple decided to start something of their own. Since food was the common link between the techie and the designer, the duo decided to explore the culinary world. “Food is a universal language, and you don’t need to be geeky to understand it,” says Raju, who co-founded OneRare in November 2021.

The world’s first food metaverse, OneRare is bringing the global food industry to Web3 in a gamified manner. It is a first-of-its-kind NFT economy game that runs on cooperation and trade between play-to-earn gamers and NFT collectors. OneRare, Gupta underlines, is collaborating with celebrity chefs, iconic restaurants, popular cooking shows and food brands to mint NFTs for their iconic dishes. “We have announced collaboration with chefs such as Saransh Goila and Zorawar Kalra,” he says, adding that the startup has also tied up with Michelin star chef Anthony Sarpong, MasterChef Australia contestant Reynold Poernomo, and other chefs from across the globe. In terms of restaurants, OneRare has started collaborating with brands from the US.

Raju explains that OneRare’s Gaming Zone is spread over four areas: Farm, Farmer’s Market, Kitchen and Playground. At the Farm, users can choose from six themed pools and stake their token, which will yield rewards as ‘ingredient NFTs’ such as onion, tomato and lettuce NFTs. Now these NFTs can either be sold at the Farmer’s Market or can be used to make a dish in the Kitchen. At the Farmer’s Market, one can sell to shoppers or buy any missing ingredients for the dish. And once inside the Kitchen, ingredients are taken away and replaced by the Dish NFT, which can be used to Playground and get into ‘Foodtruck Wars’, where one has to beat other Foodtrucks to win rewards. “We are creating a unique gaming layer that allows users to claim NFTs, play food-themed games, and discover new products along the way,” she adds.

The startup, still in the pre-revenue stage, has gathered pace over the last few months in terms of garnering users. “We have developed a strong community of over 1.3 lakh across our social media platforms,” claims Raju. The pandemic, she underlines, has facilitated and given a massive push to metaverses, has brought about a sea change in the way people experience things. “All experiences have turned virtual,” she says.

OneRare, Gupta maintains, is creating ways for the industry to leverage blockchain technology to develop a direct relationship with their audience by cutting out Web2 intermediaries. While patrons can support their favourite restaurants in the same way they support their favourite influencers, businesses can discover new markets. “The future looks immensely exciting,” says Raju.

The backers of OneRare, too, are betting big on the prospects of the startup. When traditional industries embrace new technology, the real revolution begins, reckons Sandeep Nailwal, co-founder of Polygon. “OneRare is bringing the global F&B industry to Web3 for the first time. That’s huge to me,” says the funder, who was intrigued and attracted by the food angle and gaming aspects of OneRare. “Everyone loves food, and it’s a great way to encourage first-time users to try Web3,” he says. The co-founders, he reckons, have a clear vision of becoming the world’s first Foodverse. “Their vision and enthusiasm made me confident that OneRare can open up a whole new niche in Web3,” Nailwal adds.

The going, though, might not be easy. Nailwal lists out challenges. Metaverse, he reckons, is a relatively new space, and user adoption will be key in the next decade. As consumers look for better experiences and move from 2D to 3D, the biggest challenge would be to ensure that the user doesn’t feel the tech burden while trying something new, he says.

Raju, for her part, lists out other potential impediments. The future of mass adoption for such a concept depends on access to high-speed internet, along with hardware. While India is at the forefront of low-cost internet, it still has a few bridges to cross when it comes to tech like VR (virtual reality) headsets and devices. While Indians have been sharp with technology, apps like TikTok and Instagram have shown how even smaller towns and cities are getting hooked to immersive experiences. Once the concept of a metaverse becomes clearer, Indians will embrace it strongly. “The adoption will kick-start once the hardware becomes cheaper, portable and accessible to all,” she says. 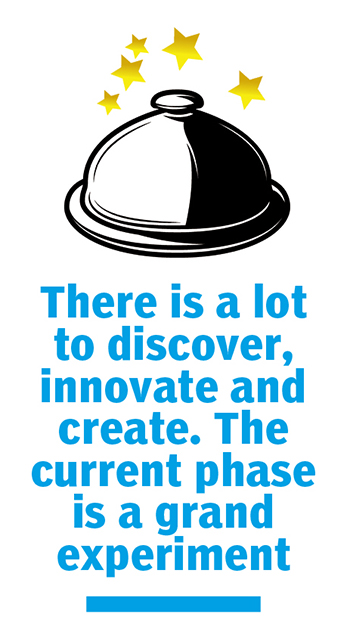 Another challenge is technology itself. Being a fairly new technology, there is a lack of talent in the industry. “It has been an arduous process to put our team together,” says Gupta. Moreover, keeping the food metaverse interactive and simple within the constraints of blockchain requires constant innovation and adjustment.

The founders and backers also need to exhibit loads of patience. “It is very early days for Web3 technology,” says Raju. There is a lot to discover, innovate and create. With a steady inflow of tech talent, things are likely to move at a rapid pace over the next few years. The current phase is one of a grand experiment. “As founders and projects are trying out new things, some may and some might not [succeed],” she adds.

But can food metaverse or all kinds of metaverses really become the darling of the users? Raju smiles. Back in 2010, she underlines, when Instagram was launched, it was deemed as a young-kid-fad which would cater to a tiny niche. “Look what it has morphed into today,” she says. The same app caters to all age groups, and even from a commercial perspective, businesses cannot exist without an active Instagram profile.

Well, who would have thought that French fries would be as popular, or even more, as burgers? Raju and her team are busy looking for that French fry moment for OneRare.