The restitution of African cultural heritage is still in its early stages. Many previously looted countries are still struggling to recover their cultural heritage. A situation that the NFT project "Looty" hopes to help remedy 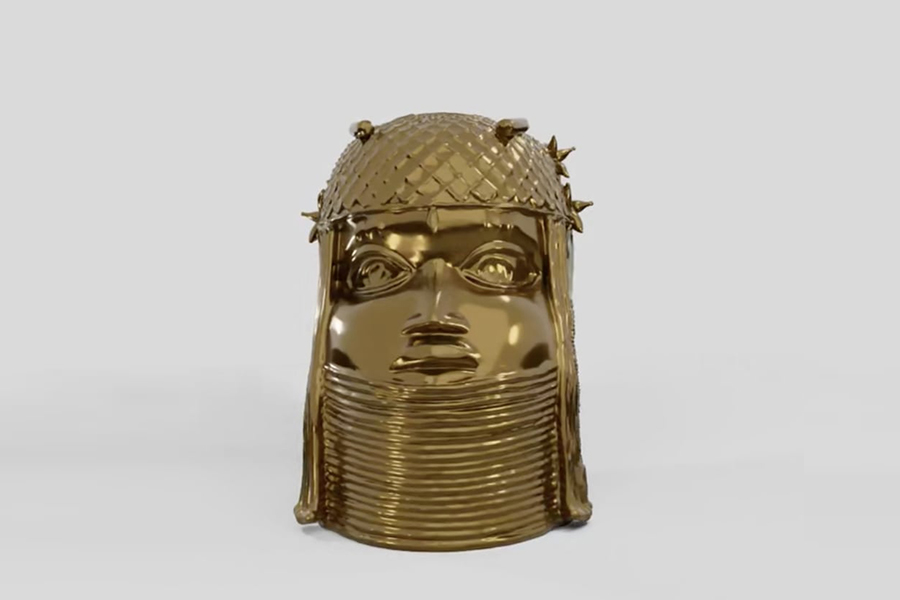 The restitution of cultural property looted during the colonial era continues to be a controversial issue. If countries like France and the Netherlands are stepping up initiatives in this field, many previously looted countries are still struggling to recover their cultural heritage. A situation that the NFT project "Looty" hopes to help remedy.
November 28, 2017, Emmanuel Macron, pledged to pave the way for the temporary or permanent restitution of African cultural heritage in France within five years. "I cannot accept that a large part of the cultural heritage of several African countries is in France," the French president said in a speech at the University of Ouagadougou, the capital of Burkina Faso. "There are historical explanations for this, but there is no valid, lasting and unconditional justification. African heritage cannot be only in private collections and European museums."

Four years later, 26 works of art from the royal treasures of Abomey were returned to the Republic of Benin, finally returning to their land of origin after nearly 130 years away. They had been looted in November 1892, when an expeditionary force led by Colonel Dodds entered Abomey, the capital of the kingdom of Danhomè located in the south of the current African country. These artifacts were then donated to the Musée d'Ethnographie du Trocadéro in the 1890s, before joining the collection of the Musée du Quai Branly - Jacques Chirac in 2003.

However, the restitution of African cultural heritage is still in its early stages. A 240-page report from academics Bénédicte Savoy and Felwine Sarr estimates that 90,000 works looted from sub-Saharan Africa during the colonial era are currently held in French public collections. Many others are exhibited in British, Dutch and American museums.
Faced with the scale of the phenomenon, a collective has decided to play its part in helping to reclaim these works of art through NFTs. "Our 'Looters' go to the museums (physically) and take back the artworks (digitally)," reads the project website. In other words, the anonymous members of the collective scan the artifacts looted in Africa and create digital copies of them in the form of NFTs. Six of them are available to buy on the Rarible platform, with a starting price of 0.9 Ethereum (or $1,770, at the time of writing).
Part of the profits from their sale will be donated to the "Looty" fund, which grants scholarships to young artists from Africa. The collective also aims to build a metaverse—
or "lootyverse"—where the NFTs of these looted artworks will be exhibited. The collective sees this as a form of digital restitution.