From the metaverse to NFTs, how the world of religion is embracing digital technology

If one thing is certain, it's that digital technology is increasingly making its way into certain religious practices. The pandemic pushed many religious people to turn to social networks, and even the metaverse, to share their faith with other believers 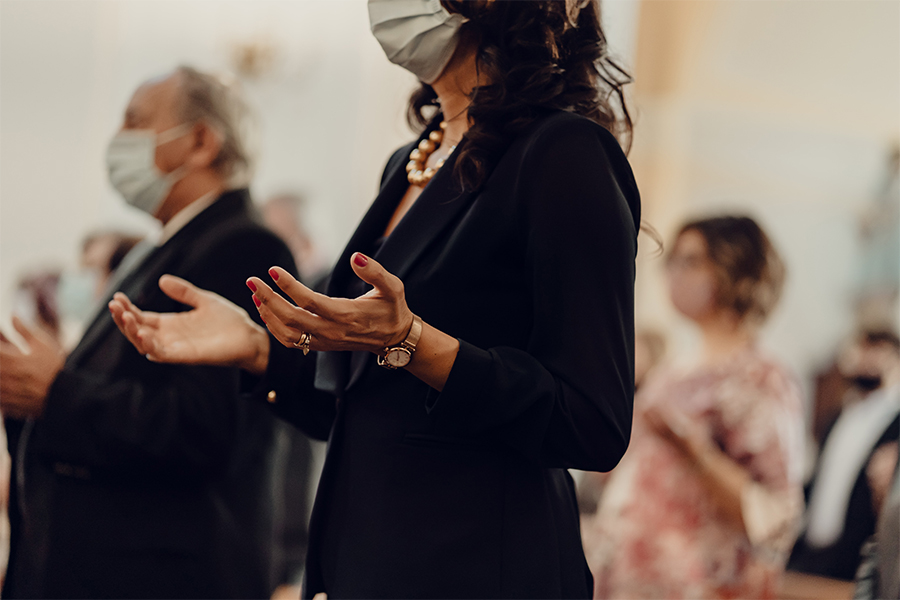 Many religious institutions are turning to new technologies to reach a wider audience. Image: Gabriella Clare Marino on Unsplash

As a result of the pandemic, many religions and faith groups had to take refuge online to maintain a connection with their followers. Some religious organizations have even been tempted by the metaverse, while the Vatican has decided to launch its own NFT collection.

Every year, millions of people visit Vatican City to discover its many museums. They can admire the monumental frescoes that Michelangelo painted in the Sistine Chapel, or the four Raphael rooms. But not all art lovers can necessarily take a trip to the world's smallest state, especially since the onset of the pandemic.

The Vatican has therefore decided to create NFTs of certain works of art, manuscripts and other rare objects from its collection. They will be displayed in a virtual gallery, accessible via a computer and in virtual reality (VR). This ambitious project is supported by Sensorium, a company that specializes in virtual reality, and by Humanity 2.0, a non-profit organization directed by the Holy See.

Both organizations hope that this NFT collection will bring the Vatican's heritage to those who would not otherwise be able to discover it. "We look forward to working with Sensorium to explore ways to democratize art, making it more widely available to people around the world regardless of their socio-economic and geographical limitations," Father Philip Larrey, who chairs Humanity 2.0, said in a statement.

While the exact details of this project are still unclear, the Vatican says it will not be commercial. The NFT collection from the seat of the Roman Catholic Church is not intended to be sold, according to the specialist magazine Artnews. This is all the more surprising since revenue from the Vatican museums is crucial to the small state. According to unofficial estimates, these institutions bring in some €100 million in ticket sales -- a not insignificant sum considering that the Papal State has lost €50 million as a result of the pandemic.

The Vatican is not the only religious institution to turn to new technologies to reach a wider audience. Saudi authorities recently developed a program to allow Muslims to virtually visit Mecca. Equipped with their VR headsets, pilgrims can mingle with the avatars of other worshipers as they visit the Kaaba ("cube" in Arabic), the holiest shrine in the Saudi city's Great Mosque complex.

However, the Diyanet, Turkey's directorate of religious affairs, takes a dim view of this virtual visit to Mecca in the metaverse. The organization says that believers must still go "physically" to the Saudi city to perform the hajj -- or pilgrimage -- one of the five pillars of Islam. Indeed, theology professor, Hatice Boynukalin, told the daily newspaper Yeni Safak that the existence of this virtual opportunity does not exempt followers from their obligation to make the pilgrimage.

If one thing is certain, it's that digital technology is increasingly making its way into certain religious practices. The pandemic pushed many religious people to turn to social networks, and even the metaverse, to share their faith with other believers. Pastor DJ Soto has been hosting virtual church services on the AltspaceVR, VRChat and Twitch platforms for six years. At first, only a few people attended his weekly sermons. Some 200 worshipers have since joined DJ Soto's congregation, according to Fortune magazine.

Since the beginning of the pandemic, Reverend Jeremy Nickel has seen similar enthusiasm for the meditation sessions he hosts on the EvolVR platform. All you need is a virtual reality headset to take part through an avatar. "One of the reasons we've become so popular is you get the meditation that you need, but you get the community also," the Reverend Jeremy Nickel told Fortune. "We have deep relationships, hundreds of people from around the world who know each other and wonder, ‘Is your dog OK? How's your wife?'". Just like they would in real life.