Lavish projects and meagre lives: The two faces of a ruined Sri Lanka

As Sri Lanka grapples with its worst-ever economic crisis, with people waiting hours for fuel and cutting back on food, nowhere is the reckless spending that helped wreck the country more visible than in Hambantota, the Rajapaksa family's home district in the south

By Mujib Mashal and Skandha Gunasekara 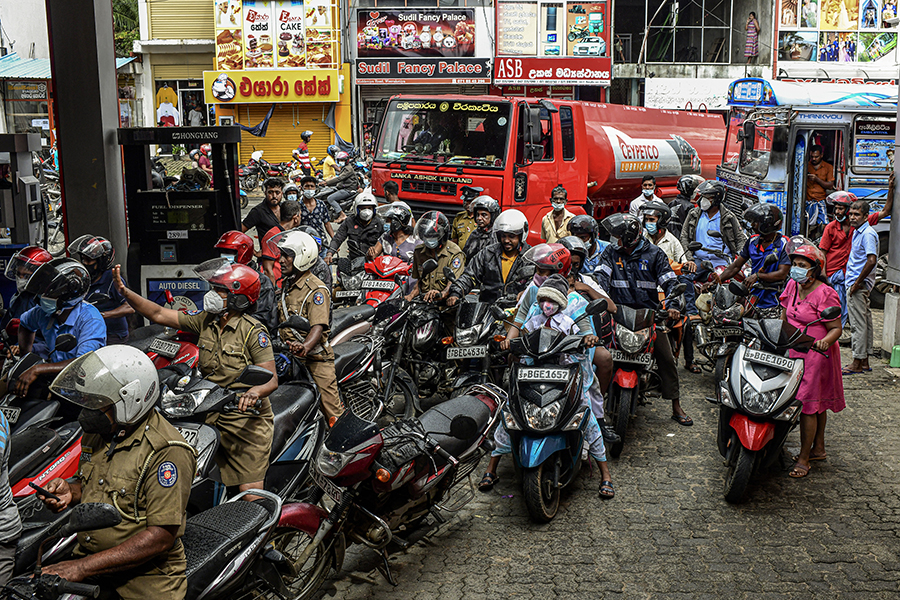 A line for gas at a station near the residence of Mahinda Rajapaksa, the former prime minister of Sri Lanka, in the town of Tangalle, May 18, 2022. A frenzy of building on borrowed money in the Rajapaksa family’s home district illustrates the hubris and mismanagement that led the country into economic collapse. Image: Atul Loke/The New York Times