A product manager at New York-based OpenSea last year secretly bought dozens of NFTs that were about to be featured on the platform's home page, federal prosecutors said in a statement 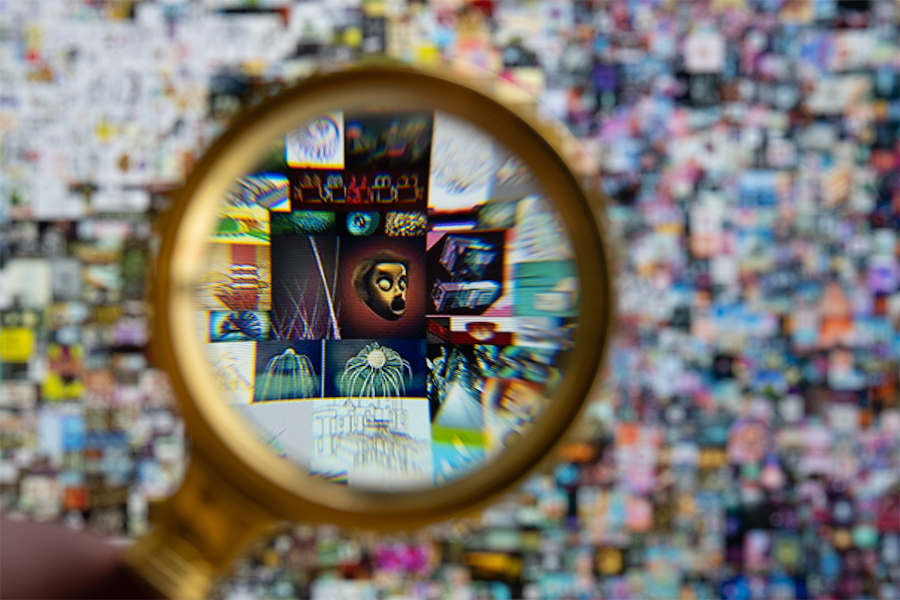 NFTs are tokens linked to digital images, collectable items, avatars in games or objects in the burgeoning virtual world of the metaverse. (Credits: Shutterstock)

US authorities have charged a former manager at a digital exchange platform with fraud and money laundering, in what they said was the first insider trading case involving non-fungible tokens, or NFTs.
Nathaniel Chastain was working as a product manager at New York-based OpenSea last year when he secretly bought dozens of NFTs that were about to be featured on the platform's home page, federal prosecutors said in a statement Wednesday.
Chastain, 31, went on to sell the NFTs for two to five times the initial price after they got star billing at the OpenSea website, the criminal case against him states.
NFTs are tokens linked to digital images, collectable items, avatars in games or objects in the burgeoning virtual world of the metaverse.
"NFTs might be new, but this type of criminal scheme is not," US attorney Damian Williams said in a release. "Nathaniel Chastain betrayed OpenSea by using its confidential business information to make money for himself."

Chastain was arrested in New York on Wednesday on charges of wire fraud and money laundering that each carry a maximum penalty of 20 years in prison, prosecutors said.
US media reported that he was later released on bail after entering a non-guilty plea.
The arrest was touted by prosecutors as the first-ever insider trading bust involving digital assets.
"With the emergence of any new investment tool, such as blockchain supported non-fungible tokens, there are those who will exploit vulnerabilities for their own gain," FBI assistant director-in-charge Michael Driscoll said in the release.
Part of Chastain's job was to pick NFTs to be featured on OpenSea's homepage, with the choices kept secret because prices typically jumped after they got top billing, the criminal complaint said.
The likes of Paris Hilton, Gwyneth Paltrow and Serena Williams have boasted about owning NFTs and many under-30s have been enticed to gamble for the chance of making a quick profit.
Prices have fallen and the reputation of the industry has been hammered for much of the year.
© Agence France-Presse

Tweets by @forbesindia
From World Bank to Meta, a look at Sheryl Sandberg's journey as one of the world's most influential women
US Federal Reserve's Lael Brainard says pause in rate hikes unlikely