Latest function of metaverse involves interacting with the avatars of deceased musicians like The Notorious B.I.G.. And while the initiative may sound unusual, it could herald a future in which internet users will be able to communicate with those who have departed this mortal world 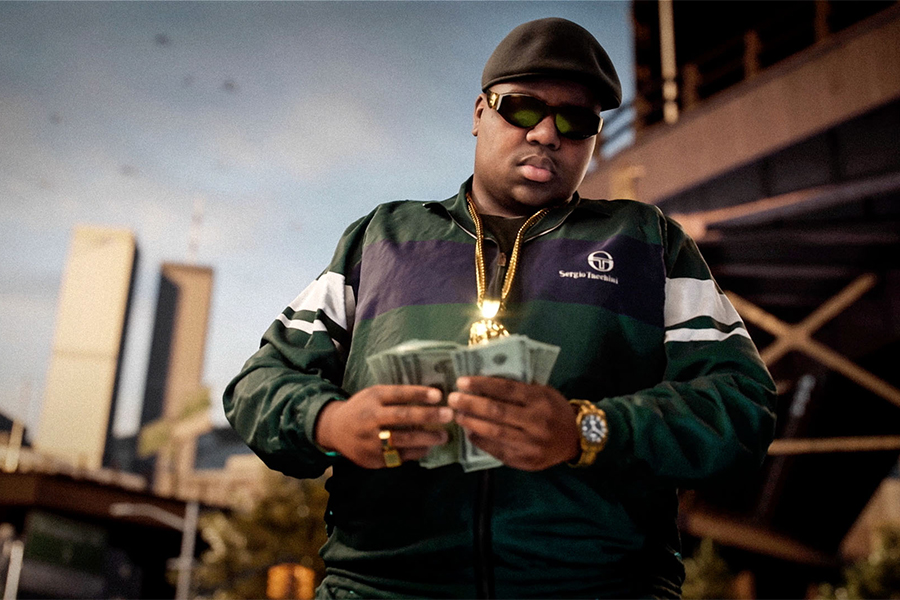 The Brook is a metaverse recreating the Brooklyn of the 1990s, as frequented by The Notorious B.I.G. Image: Courtesy of Burst and Surreal Events

From shopping to watching a concert to administrative procedures, the metaverse is full of possibilities. Its latest function involves interacting with the avatars of deceased musicians like The Notorious B.I.G. And while the initiative may sound unusual, it could herald a future in which internet users will be able to communicate with those who have departed this mortal world.

Immortality is a theme that has been regularly explored by science fiction, notably in Greg Egan's 1994 novel, "Permutation City." The Australian novelist imagines a future where it is possible to save all the neuronal connections of the human brain and to make them function in a virtual environment. The rich use this technology to make digital copies of themselves and become immortal.

Reality seems to have caught up with fiction thanks to the metaverse, this digital double of the physical world populated by the avatars of anonymous people and celebrities. Snoop Dogg and Paris Hilton have theirs, as soon will The Notorious B.I.G. The New York rapper, who was murdered on March 9, 1997, at the age of 25, will be reincarnated in the form of a hyperrealistic avatar.

This new incarnation of the legendary musician will inhabit The Brook, a metaverse recreating the Brooklyn of the 1990s. It was created by start-ups Burst and Surreal Events to allow music lovers to immerse themselves in "the world of one of the greatest MCs of all time—The Notorious B.I.G." "Step into his world and experience old school Brooklyn and the roots of hip hop-culture in a way you've never imagined," reads the official website of the initiative.

The Brook will officially launch at the end of the year, although fans of The Notorious B.I.G. will be able to preview it by purchasing NFTs or tickets from Ticketmaster. These non-fungible tokens, which go on sale June 3, will also give them access to exclusive services related to this metaverse, such as virtual concerts.

A route to immortality?

There's every likelihood that other deceased musicians will be brought back to life in the metaverse. Some, like Freddie Mercury, Michael Jackson and Ray Charles, have already been temporarily resurrected by means of holograms. This technology was notably used in spring 2012 during the closing concert of the Coachella festival. On this occasion, the late American rapper Tupac performed two songs alongside his former brothers-in-arms, Snoop Dogg and Dr. Dre.

While we may, for a long time, have imagined that the use of holograms would become widespread in the world of entertainment, it remains rather marginal. The reason is likely the very high cost of such performances. The two songs on stage with Tupac cost between $100,000 and $400,000 to produce, according to MTV News.

Using an avatar is much cheaper. Count 0.18 Ether (about $353) for one of the 6,888 virtual models of "The Guardians of Fashion," a modeling agency based in the metaverse. This investment can be recouped by having these new-gen virtual models star in virtual fashion shows or music videos.

From a career in modeling, to attending the concert of a dead musician, the possibilities seem endless in the metaverse. So much so that some people are starting to see it as a route to immortality. This is the case of Artur Sychov, the CEO and founder of Somnium Space. The sudden death of his father from cancer was the inspiration for "Live Forever," one of the future features of his start-up. The principle is simple: users will be able to store their movements and conversations as data on the platform, then duplicate them to make an avatar in their likeness. It would speak, behave and think like them, even after their death.

For Artur Sychov, this method could be used to create a lifelike copy of a real-world individual. "Literally, if I die—and I have this data collected, people can come or my kids, they can come in, and they can have a conversation with my avatar, with my movements, with my voice," he told Vice magazine. "You will meet the person. And you would maybe for the first 10 minutes while talking to that person, you would not know that it's actually AI. That's the goal." But would that be enough to recreate an individual's consciousness? Find out in the future.