How ByteDance has its sights set on the music industry

If artists, producers and streaming giants all agree on one thing, it's that TikTok is increasingly setting the tone in the music industry 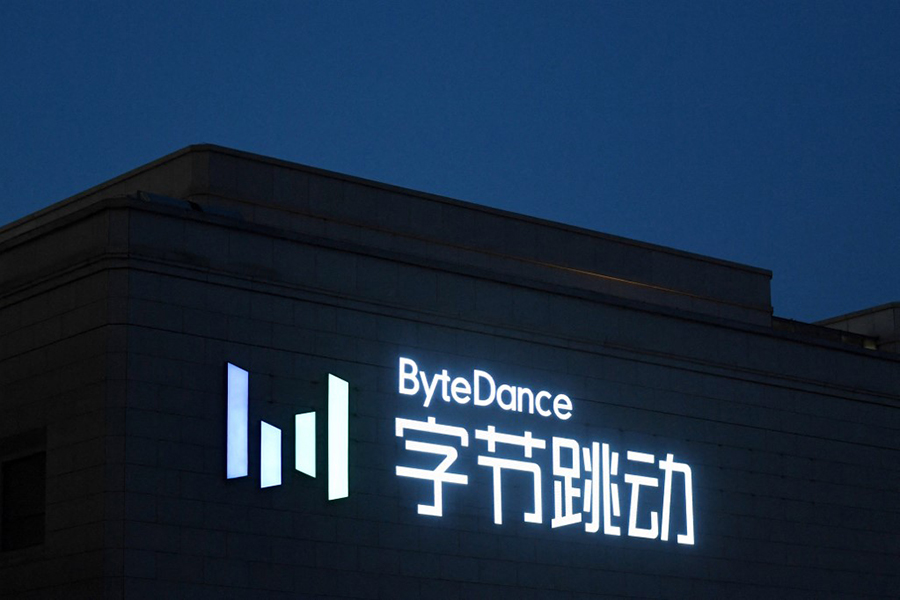 ByteDance reportedly had a revenue of around $58 billion in 2021. Image: Greg Baker / AFP

ByteDance seems to be unstoppable. Six years after launching TikTok, the Chinese start-up is stepping up its efforts to become a music heavyweight. It has even launched its own streaming service in China.

If artists, producers and streaming giants all agree on one thing, it's that TikTok is increasingly setting the tone in the music industry. In just a few years, the social network has established itself as a real trendsetter among young people. Nearly 430 songs surpassed one billion views on teens' top social media platform in 2021, three times more than the previous year. This phenomenon is a major boon for Zhang Yiming and Liang Rubo's group, which reportedly had revenue of around $58 billion last year, according to Reuters, citing internal sources. And its recipe for success relies largely on innovation, especially in the music industry.

ByteDance has thus launched a new streaming service in China, called Qishui Yinyue ("soda music" in Mandarin). It works similarly to Resso, the streaming app the Chinese group launched in 2020 in India and other Asian countries. Qishui Yinyue recommends songs to listen to based on each of its subscribers' preferences and those of other users who share their musical tastes. "Soda Music is an app built on [China's version of TikTok] Douyin's continuous efforts in music," a Douyin representative told the South China Morning Post. "Douyin launched it as a stand-alone app to better serve our users as well as artists in the industry."

Qishui Yinyue is currently in the testing phase in China, which has not stopped it from making the list of the most downloaded music listening applications in the country. However, competition is tough in this market, which is particularly coveted by the giants of the sector. On the face of it, China is an El Dorado for the music industry. The country has more than 1.4 billion residents, who seem to particularly appreciate the art form. On average, people in China spend 22 hours and 9 minutes a week listening to music, according to the International Federation of the Phonographic Industry. They spent just 17 hours and 7 minutes per week on this activity in 2019. Most listen to music through streaming platforms such as QQ Music, Kugou Music and Kuwo Music from music giant Tencent Music or NetEase Cloud Music from rival NetEase.

Despite this battle of the giants, ByteDance is hoping to take the lion's share with Qishui Yinyue. And everything suggests that the context is favorable. For more than a year, the Chinese authorities have been engaged in a fight against non-competitive practices in the country. This anti-monopoly policy has pushed Tencent Music to end all its exclusive agreements with record companies, which could allow ByteDance to claim (a part of) the music market in China.

Setting the stage for budding talent

And the Chinese group's ambitions don't stop there. It also wants to increase the influence of TikTok, its flagship product and now the world's most-visited online domain, according to Cloudflare. The company recently announced the launch of SoundOn, the social network's own music distribution platform. This tool notably offers emerging artists the ability to make their tracks available on streaming platforms such as Spotify, Apple Music, Deezer and even Resso. But the real selling point of SoundOn is that the platform allows artists to monetize their music directly on TikTok. The social network has pledged to pay out 100% of royalties to budding talents during their first year of using SoundOn, and 90% thereafter.

For Ole Obermann, global head of music at TikTok, this new distribution and promotion tool is in line with the platform's role as a talent spotter. "New artists and musical creators are a vibrant community within TikTok and SoundOn is designed to support them as they take the first steps in their career. Our SoundOn teams will guide creators on their journey to the big stage and bring the expertise and power of TikTok to life for the artist," he said in a statement. "We're incredibly excited about how this will surface and propel new talent and how SoundOn will contribute to an increasingly diverse and growing global music industry."

For now, SoundOn is only available in the US, the UK, Brazil and Indonesia. It is likely that TikTok will extend this offer to other countries in the coming months, especially to markets that Spotify and other music streaming giants are struggling to penetrate. And so, for TikTok, and its parent company ByteDance, the tone for the future of music is definitely set.