Could AI help us discover the next 'Despacito'?

Spotify is betting on artificial intelligence to help it identify tomorrow's new stars. Here's how it works 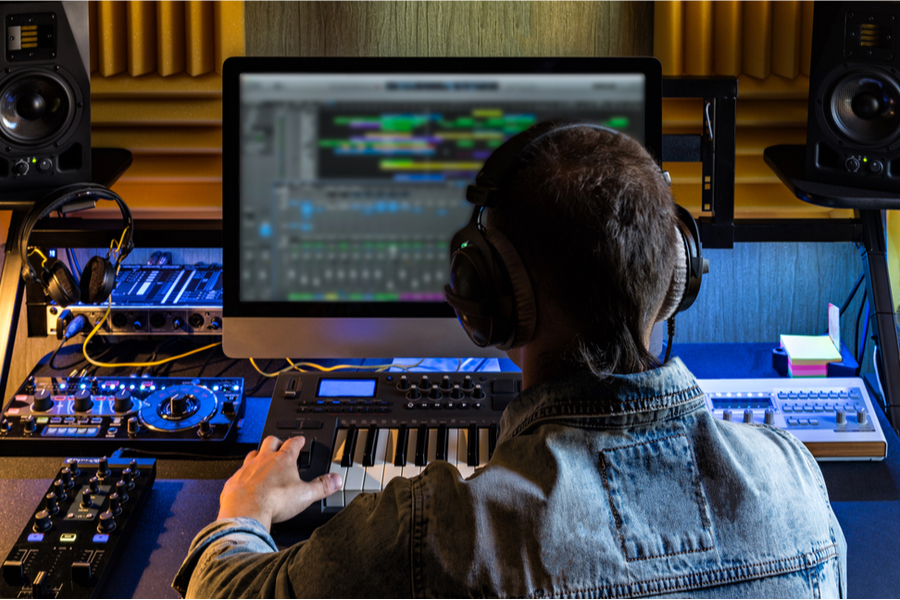 Spotify is currently working on an algorithm that would predict which "relatively unknown" artists are most likely to break through. Image: Evgeny Drablenkov / Shutterstock

Kickstart the careers of young artists and fast-track them to stardom. That was the role of the record companies, before the arrival of YouTube, TikTok and the music streaming giants. Now, the number one name in that sector, Spotify, is betting on artificial intelligence to help it identify tomorrow's new stars. Here's how it works.

Every day, more than 60,000 new songs appear on the Spotify platform. So it's not easy for music fans and music industry professionals alike to find the musicians who will follow in the footsteps of Taylor Swift or Drake among this influx of music. To help them, Spotify is currently working on an algorithm that would predict which "relatively unknown" artists are most likely to break through.

In early March the Swedish streaming giant filed a patent application in the United States, concerning a new technology called "System and Method for Breaking Artist Prediction in a Media Content Environment." How does this invention work? It identifies several "early adopters" among the millions of Spotify users. The technology uses their listening habits to determine which artists could have a breakout career like Billie Eilish or Lil Nas X, according to the patent, which was accessed by the trade journal Music Business Worldwide.

Any music lover can get the qualification of early adopter. All they need to do is listen to some of the tracks of an up-and-coming musician several times during a short period of time. According to Music Business Worldwide, the factors that determine a young talent's chances of success can vary by musical genre. For example, the algorithm will be much more demanding with artists who specialize in pop or rap music than with a classical composer.

Although Spotify has not yet indicated when this talent scout technology might be launched, it would put the streaming service more directly in competition with labels and record companies. Major streaming services like Apple, Spotify and others have already dipped their toes into this area, buoyed by a generation of artists like Frank Ocean, Chance the Rapper and PNL eager to maintain their independence. Back in 2018 Spotify started offering some musicians the opportunity to be distributed directly on its platform... before changing its mind.

Can musical success be captured by an algorithm?

If the streaming service denies wanting to take the place and role of record companies, it is not the only company coming up with innovative new initiatives to increase its trendspotting ability in the music industry. London-based start-up Instrumental specializes in the matter. It relies on artificial intelligence and machine learning to discover and evaluate the potential success of independent artists. These technological advances enabled it to anticipate the international success of Calum Scott's cover of Robyn's "Dancing on My Own".

Meanwhile the company Musiio has developed an invention known as the "Hit Potential Algorithm" to accurately measure the commercial success potential of a song. It relies on artificial intelligence to extract characteristics from an audio file and compare them with those of songs that are particularly popular with music lovers.

But can we really predict which songs will be hits and which will be flops? Researchers at the University of Bristol are convinced that it is possible. In 2011, Dr. Tijl de Bie and his team analyzed the rankings of the top 40 UK singles over the past 50 years, using a learning algorithm. They found that several factors such as tempo, song length and loudness are crucial in predicting whether a song goes viral. They integrated these elements into an algorithm, which can determine with an accuracy rate of 60% whether a single will be a hit or whether it will never rise above 30th place on the charts. Proof, if any were needed, that we are already in the era of algorithmic music.

Tweets by @forbesindia
Storyboard18 - What is the brand power of an alma mater?
Michelin Green Star: How French chefs are taking action for the environment