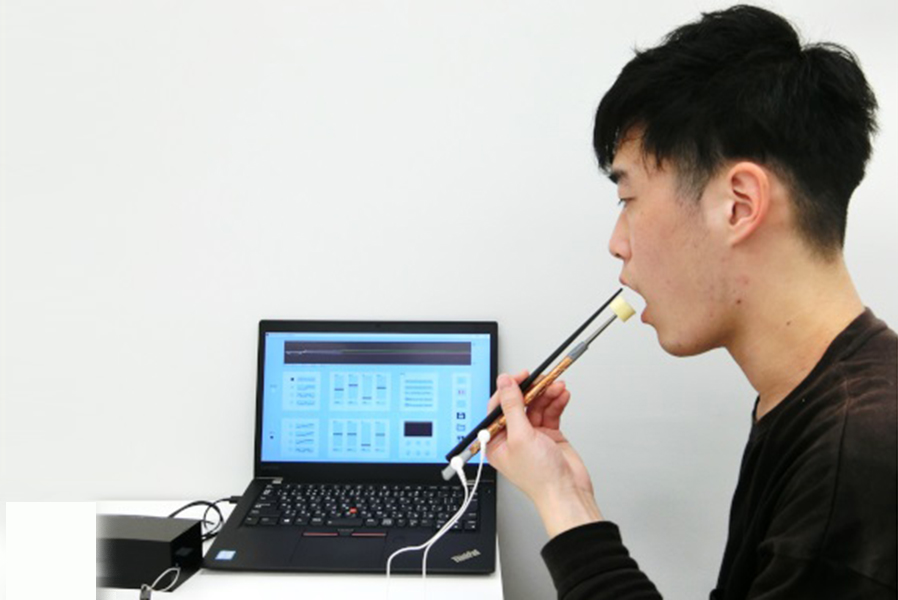 If you're a pro with chopsticks, then you're perfectly primed to reduce your salt consumption thanks to this latest invention from Japan. Apparently, all it takes is some light electric stimulation to the tongue to stop you from wanting to add salt to your food.

The World Health Organization recommends consuming less than five grams of salt per day in order to limit the risk of high blood pressure, stroke or heart attack. This can be difficult to achieve when you start to notice the salt levels in industrially-prepared dishes, and if you then add cheese, bread products, cookies and cold cuts to your diet. While in many regions professionals in the food industry are committed to cutting salt in their products, such as baked goods, over the next few years, a team of Japanese researchers has found a way to keep delivering the salty taste we love so much without relying on the salt shaker.

But this new technique only works for dishes eaten with chopsticks. And not just any chopsticks. In collaboration with a company called Kirin Holdings, Meiji University in Tokyo has developed some electric chopsticks that can modify the perceived taste of foods by applying light electrical stimulation to the tongue. Here, the electrical current is weak and shouldn't affect the human body, the inventors say. The device reportedly alters the function of sodium chloride ions to change the user's perception of taste, making a food taste saltier than it really is. The same can be applied to sodium glutamate ions, which in this case play on a sweeter flavor.

The scientists tested the device with 36 volunteers who were equipped with a small computer, worn on the user's wrist and linked to the chopsticks. To judge the salty sensation, two gels with different salt contents were used -- 0.80% for the first and 0.56% for the second. The volunteers rated the salty flavor as being just as high with the less sodium-rich gel.

This is not the first time that this Japanese university has showcased a surprising technological innovation. One of its professors, Homei Miyashita, made headlines in 2021 with the invention of a screen that reproduced the taste of food, and which could even be licked...

Tweets by @forbesindia
How ByteDance has its sights set on the music industry
Photo of the day: Viva la Samba