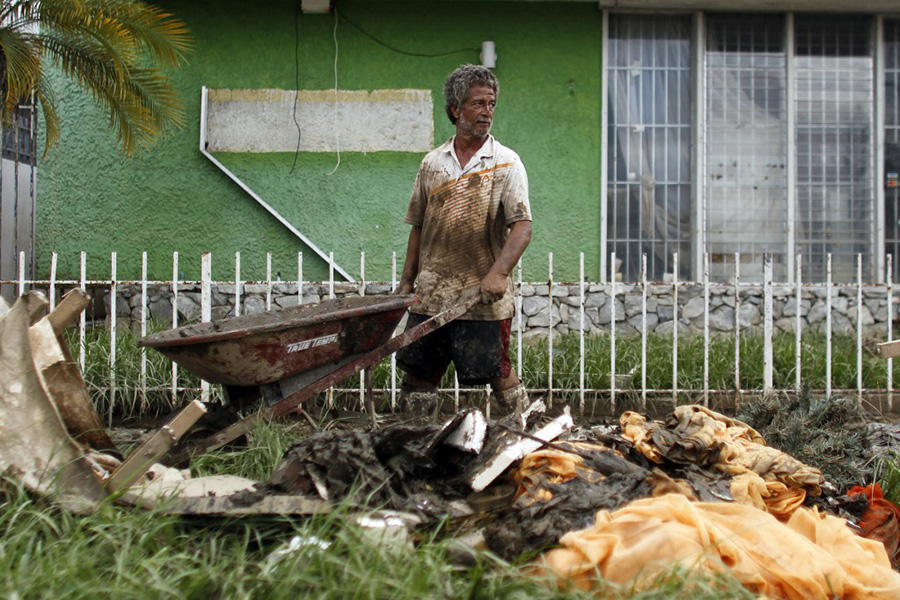 Experiencing intense stress from events like natural disasters could literally have this effect on our physical health.
Image: Ricardo Arduengo / AFP

Do you feel like you've aged 10 years since the pandemic hit? Experiencing intense stress from events like natural disasters could literally have this effect on our physical health... but also on the health of monkeys. So reports a study observing macaques that experienced Hurricane Maria in 2017 in the Caribbean.

Researchers from Arizona State University in the US studied 435 macaques on the island of Cayo Santiago, located one kilometer off the southern coast of Puerto Rico. The scientists compared the macaques' blood samples before and after the hurricane to determine if there were detectable changes in levels of biomarkers associated with aging.

The results revealed a change in gene expression in the macaques, with 4% of genes expressed in immune cells found to be altered after the hurricane. According to the researchers, the macaques aged by an average of two years, probably due to acute stress. In human life, this represents between seven and eight years.

The study was only carried out on macaques, but we share more than 90% of the same genes with these monkeys. We can therefore legitimately wonder about potentially similar effects on humans.

"While everyone ages, we don't all age at the same rate, and our lived experiences, both negative and positive, can alter this pace of aging. One negative life experience, surviving an extreme event, can lead to chronic inflammation and the early onset of some age-related diseases, like heart disease," said Noah Snyder-Mackler, an assistant professor at Arizona State University's School of Life Sciences.