After losing his grandfather to a silent heart attack, Manoj researched and has now invented a device that can give up to a six-hour heads up to vulnerable persons, thereby saving lives 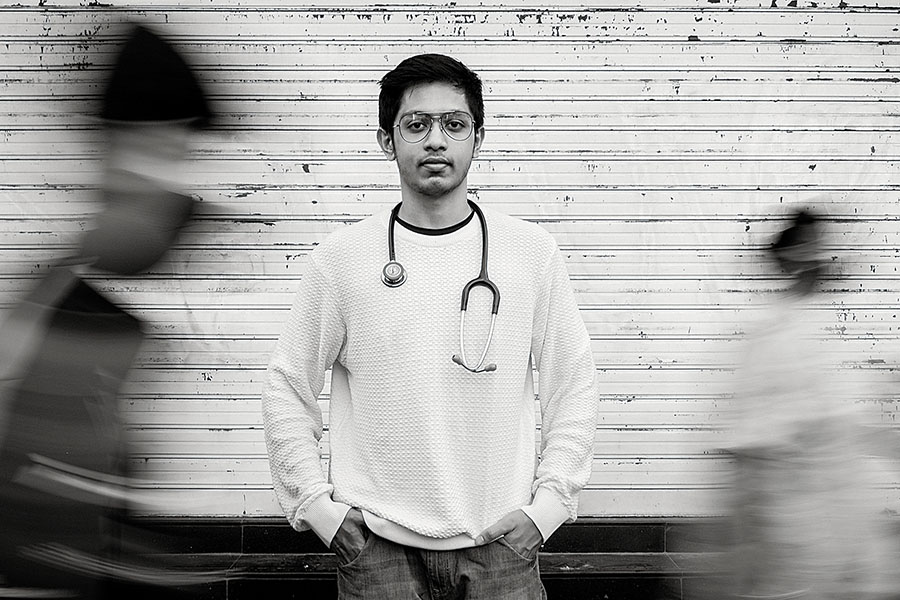 Manoj began his research in this space, to try and find a solution to the problem. After working in various government and private laboratories for more than three years, Manoj has come up with a device that can detect silent heart attacks up to six hours in advance. “It is a watch-like device that you wear around your wrist and place a patch near your chest. The non-invasive device will identify the alarm signal your heart is sending through a unique bio-electric system that I have developed so you don’t need a blood test at all,” says the 18-year-old.

Manoj’s preventive technology uses a cardiac biomarker called heart-type fatty acid binding protein (h-FABP), “which is released up to six hours before a heart attack, thereby giving us a way for early detection. If the levels are beyond the recommended threshold, that would mean you are at risk of a potential heart attack, so you need to rush to the doctor for immediate medical care”. While most hospitals tend to test for a biomarker called troponin, which he claims is “more heart attack sensitive”, it is a late indicator. Hence, Manoj decided to use h-FABP for his technology. He adds, “Although the device may not be able to provide the patient with a complete analysis of the cardiac injury, it might be of immense help in indicating that the patient is in danger so immediate help can be provided.” The ultimate goal of the device, Cardioptre, is to buy time for the patient.


Currently the device is being tested on patients with various kinds of health issues and under varying conditions. “We have seen positive results so far, but any tangible conclusions can only be made after the study has been completed,” says Manoj, who is pursuing his medical education from First Faculty of Medicine, Charles University, Prague. Once he moves to Prague in the second week of December, he will continue working on his research. Manoj, who is currently working on miniaturising the device, hopes the product will be in the market in five years. “I am also working with key stakeholders in the wearables industry to integrate this system into watch-like wearable devices,” he says. Over the years, he has received funding from government grants and via crowdfunding platforms such as Milaap. The teenager has filed for a provisional patent, which is likely to take some time to be approved.

Has age ever proved to be a barrier? He says, “I have realised in the past so many years, to not let age limit my thinking and to question everything, big or small.”

Tweets by @forbesindia
Photo of the Day: The show will go on...
Virus reinfection or reactivation: What it means for us