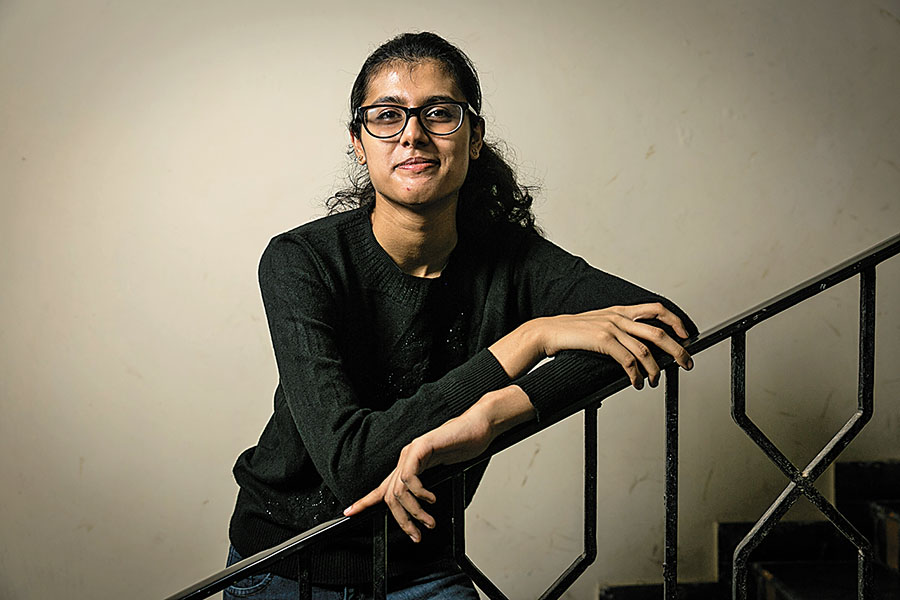 Like many teenagers, Aarushi Nema is a huge Iron Man fan. However, what differentiates her from the rest is that while most buy the Marvel character’s merchandise, Aarushi, inspired by Iron Man’s Jarvis,  created Aaru Robot—a high-tech artificial intelligence (AI) assistant for companies, when she was just 17.

“It’s an AI-based personal assistant that can help small- and medium-sized businesses and their customers communicate through commonly used AI interfaces such as Amazon Alexa and Google Assistant,” explains Aarushi who managed to focus on the idea of building a robot after meeting a couple of her father’s entrepreneur friends.

Building the robot was not a cakewalk though. Aarushi had been coding since class eight, but she realised there was a lot more she needed to learn. “I started learning new skills as I went along… when I needed to build an application, I learnt app development; for designing a system, I learnt systems development and so on,” says Aarushi, who’s now 18 and CEO of her company The Smart Interface, which her father Ajay Nema helped her set up.

“I was extremely happy to hear that she came up with the idea… I decided to help her in whatever way I could,” says Nema, an entrepreneur and coder, who’s currently vice president at Reliance Jio.

The virtual personal assistant helps enterprises improve customer experience by solving their queries 24x7. Also, unlike a physical assistant, Aaru Robot can handle multiple queries simultaneously, in different languages. The software can be customised based on each enterprise’s requirements and the B2B startup follows a subscription-based business model—Aarushi charges clients on a per-customer, per-month basis. “Through The Smart Interface, we want to push small and medium businesses towards relying more on technologies like AI and machine learning,” she says.

One of the startup’s customers is an Internet of Things company that provides a metering solution, where her technology has been deployed in about 1,400 homes. Aarushi is optimistic despite competition. “Competition allows you to be more creative,” she says. So far she has received seed funding from her extended family and is not looking for external funding. “I am still experimenting and I don't want any external factors restricting that,” explains Aarushi.

While she was trying her hand at entrepreneurship, the Delhi Public School RK Puram student was also preparing for her IIT-JEE exams. “She had a choice—to continue running her company or study for IIT,” says Nema. “It was a tough call, but I told her she can drop the IIT plan if she wants to focus on building The Smart Interface.” He feels life skills are more important than getting another degree. Aarushi has taken a gap year to focus on her company.


There were several ups and downs along the journey, especially while preparing for her class 12 exams. “I had to miss a couple of tests to attend events, but eventually it's an extremely satisfying feeling,” says Aarushi, whose company has five full-time employees. And she’s not someone who believes her age goes against her. “I prefer talking to people older than me… a lot of people my age lack a sense of maturity,” she says with a laugh.