The decision to review the policy comes after a former employee in the bank's wealth management business complained he was being forced by his bosses to interview people for jobs that had already been promised to others, just to meet the "diverse slate" requirement 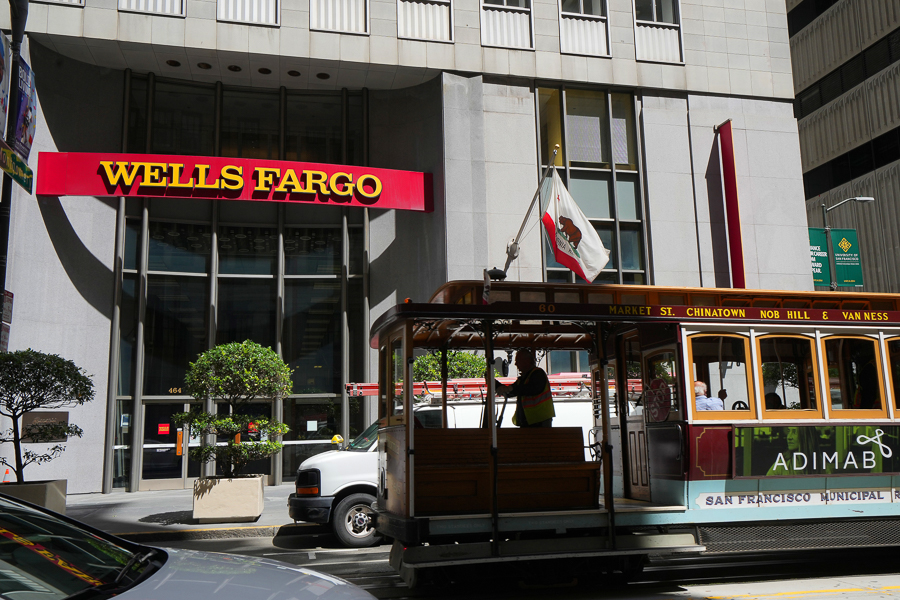 The Wells Fargo corporate headquarters in San Francisco, May 9, 2022. The bank’s leaders will study how its “diverse slate” requirement is being carried out and what needs to change before restarting it in July. (Jim Wilson/The New York Times)

Wells Fargo is temporarily suspending a hiring policy that led some managers to conduct sham interviews of nonwhite and female candidates, following a report by The New York Times highlighting the practice, the bank’s chief executive, Charles W. Scharf, told employees in a letter Monday.

Instituted in 2020, the bank’s “diverse slate” policy stipulated that at least half the candidates interviewed for open positions paying $100,000 or more in annual salary needed to be “diverse” — a catchall term for racial minorities, women and members of other disadvantaged groups.

Though a version of the policy had been in place for years, Wells Fargo’s leaders spelled it out in writing in mid-2020 as part of a broader push to increase diversity at the bank. On Monday, Scharf told employees that the policy would be put on hold for several weeks to give the bank’s leaders time to study its use and make changes.

The pause would allow the bank to gain confidence that “the guidelines live up to their promise” and that “hiring managers, senior leaders and recruiters fully understand how the guidelines should work,” Scharf said in the letter.

The Times reported May 19 that a former employee in the bank’s wealth management business had complained that he was being forced by his bosses to interview people for jobs that had already been promised to others, just to meet the “diverse slate” requirement.

The man, Joe Bruno, was one of a dozen current and former Wells Fargo employees who said they had witnessed or participated in fake interviews. Some of the employees said that sham interviews were also conducted for jobs that paid less than $100,000. The purpose was to record the fact that “diverse” candidates had been interviewed in case bank regulators checked whether Wells Fargo was giving minorities a fair shot at getting jobs, they said.

After the Times report was published, lawmakers, including Sen. Sherrod Brown, D-Ohio, who heads the Senate Banking Committee, criticized the practice. Brown wrote to Scharf demanding that the bank fix its problems “once and for all.” Sen. Elizabeth Warren, D-Mass., cited the report in a May 20 tweet in which she called for the breakup of Wells Fargo.

Bruno was fired in August after he complained to his bosses. Bank officials said in messages to employees following the Times report that if fake interviews had happened at all, they represented isolated incidents that were not in keeping with the bank’s policy.

But Scharf said in Monday’s letter that the members of the bank’s operating committee — which includes its most senior executives — had concluded that there was “opportunity to improve our implementation around some of our activities.”

Scharf said that the “diverse slate” policy would be suspended for several weeks to give leaders a chance to “review our guidelines and processes and to make improvements.” Once the review is completed, he added, Wells Fargo will “make adjustments to our diverse slate program where appropriate and relaunch it during the month of July.”

Tweets by @forbesindia
Why companies raise their prices: Because they can
OneRare: Meet the world's first food metaverse