Want to learn how things really work at your new job? Talk to the people at the bottom 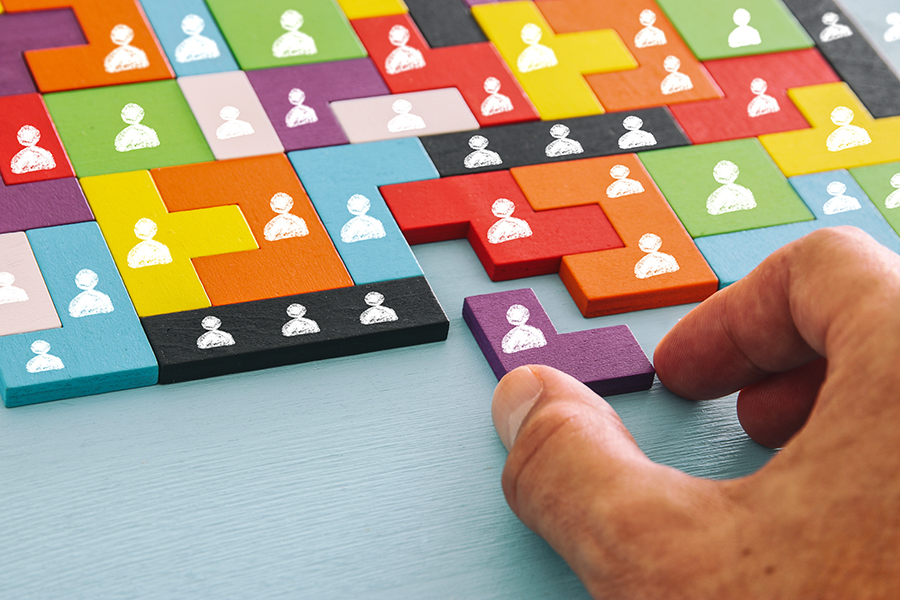 Do teammates do things together outside work?

If I have an idea for changing something, what’s the best way to raise it?

Those are questions a new member of any organizational team might have.

“A common assumption is that people just copy the behavior of the highest-ranking leaders in a group, rather than paying attention to anyone else,” Dannals says. “That’s always rubbed me the wrong way, partly because I hadn’t done that as a PhD student within the academic hierarchy. I believed lower-ranked people matter more in our perceptions of social norms.”

“Clearly, leaders have many avenues of influence,” Miller says. “But in this case, we thought lower-ranking people might have an advantage.”

Dannals, Miller, and Reit developed a series of studiesopen in new window to understand where people in a group look for information on behavioral norms. Their research, which informs our understanding of broader organizational culture, is important because firms use culture to motivate employees and align them with strategy. Moreover, culture can be tied both to positive behavior and to the not-so-positive variety, such as unethical actions.

“The social norms we considered here are like the building blocks or ‘micro-processes’ of organizational culture,” Dannals says.

As hypothesized, the researchers found that individuals — at both higher and lower ranks — seek information from lower-level peers, because they see these individuals as more attentive to social norms.

Importantly, they first had to create definitions of social groups and rank. Here, they decided to focus on a given individual’s “reference group,” or the people they saw as roughly similar to themselves within the broader group.

“When I talk about this research, people often imagine a 200-person corporation, with assistants and custodial staff as the lowest level,” Dannals says. “But it’s about the people more at your general level. So if you’re in top management of a business, your reference group would be the rest of the top team. If you’re on the custodial staff, then it’s the rest of that staff. Not the entire corporate hierarchy.”

Dannals herself, as a new professor, says her reference group would most likely be other assistant professors or non-tenured faculty within her area.

The researchers also had to think about how people gain norm-related information. For example, they considered that people new to an organization or group might approach others explicitly for advice on behavioral norms, or they may rely primarily on observations of their coworkers. “Either way, they’re trying to get a sense of what’s appropriate,” Dannals says.

Looking to Lower-Level Peers
However we define our reference groups and seek information within them, the researchers hypothesized that we look to lowest-level peers for behavioral cues — even when we ourselves are higher-ranking.

That’s largely because lower-level people are “subject to situational pressures in a way that higher-ranking members aren’t,” Dannals says. “Higher-level people may be able to get away with doing whatever, so they may pay less attention to norms.”

The team used multiple related studies to get at whether and why group members go to lower-level peers to get enlightened about cultural norms. In one, the researchers asked employees from a mid-sized West Coast advertising firm whom they’d recommend in their reference group for information about social norms. A second study asked participants to imagine themselves as high-ranking lab members and then requested they choose an advisor from individuals at higher and lower ranks, with the belief they’d actually be working with that person. A third placed participants in the role of a new marketing team member and asked which colleagues they would trust most for advice on organizational culture, and why.

The Challenge of Cultural Change
The findings converged around several key insights.

First, people do generally seek information on behavioral norms from lower-ranked peers within their reference group, as predicted. Moreover, individuals do this primarily because they perceive lower-level people as more attentive to social norms than others might be, rather than because they see themselves as more similar to these information sources or think lower-level people will be more honest.

It’s important to note that while the current research highlights lower-level group members as go-to information sources, it doesn’t necessarily mean they are the *most accurate* sources. “We’ve only looked at who people in general think has the best information about social norms,” Dannals says. “We’re going to follow up this research with a project assessing who actually has the best perception; that can be a trickier question to answer.”

The results have multiple implications. For one, as Dannals notes, “It’s encouraging to know that people at lower ranks can have more of an impact on organizational culture in some cases than leadership; it suggests the power of a grassroots approach.”

At the same time, however, that the keenest insight about an organization’s culture is seen as residing mostly in lower-level people may suggest a challenge for leadership. “It’s going to be difficult for leaders to change cultures — even toxic ones — alone,” Dannals says. “That’s because their behaviors or statements will be measured against those of lower-ranking people, who might be thinking that it’s cheap talk. In general, the behavior of lower-level people in organizations may be stickier than leaders might want.”

In line with this, Miller encourages leaders to look at lower-ranked colleagues’ behaviors to identify and modify group norms: “They may be overweighting the behavior of fellow leaders. Getting lower-level people on board may buy them more influence than they realize.”

Still, that’s not to say all culture-related power rests in the lower ranks.

“This is one organizational lever that can be pulled to change culture,” Dannals says. “Others are things like whom you hire, fire, reward, and promote. Those send big messages, so you need to think about all the weights on the scale and how they come together to affect culture.”