It doesn't take very much to bridge the "knowing-doing" gap in networking — even during a pandemic. 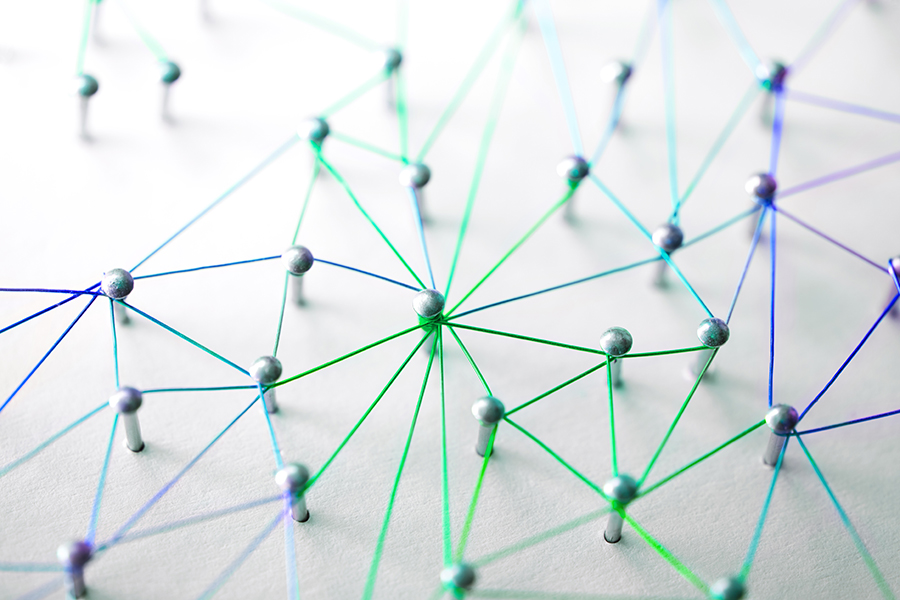 Be honest: What do you miss least about working life before Covid-19? After the long commute, a close second might be networking events. It’s well known by now – and research confirms it – that the very idea of networking can make all but the most extreme extroverts feel awkward, inauthentic and even dirty.

Take caution, however. Using the rarity of in-person interactions during the pandemic as an excuse for a prolonged networking hiatus stands to damage your career over the long term. From staying plugged into the latest developments in your industry to finding unforeseen opportunities, networking brings so many professional benefits that it should be considered a must-do rather than a nice-to-have. A moratorium on networking is just as detrimental to your career as giving up on exercising is for your health. And that’s especially true during periods of great uncertainty, such as the deep recession brought on by the pandemic.

Conventional advice instructs people on the how and the why of networking, but does little to address the deeper problem: getting and staying motivated to take part in this “necessary evil”. My recent papers in Academy of Management Review and Social Networks mount a theoretical and experimental attack on this problem by exploring ways in which people’s hidden beliefs can hold them back from networking. Our findings indicate that challenging these beliefs can alter people’s propensity to engage in real-world networking.

Lay theories of networking
Stanford professor Carol Dweck’s work in motivational psychology introduced the terms “fixed mindset” and “growth mindset” to the popular lexicon of personal growth. According to Dweck’s concept, to be fixed is to believe that our abilities are essentially determined at birth and we can make only minor self-improvements. Possessing a growth mindset means seeing oneself as a continual work-in-progress, with much looser limits on what we can do and become.

Whether one’s mindset is growth or fixed may predict one’s motivation to perform uncomfortable or unfamiliar activities (such as learning a new language). Fixed-mindset people will not only see less purpose in attempting difficult tasks, but will also be much more sensitive to the little inevitable failures that occur along the way. If one’s potential is basically static, then errors are perceived as a threat to basic self-worth. If, however, one recognises a wider capacity for self-growth, then stumbles may even be welcomed as learning experiences on the pathway to greatness.

Adapting Dweck’s framework for the networking context, we theorised in the Academy of Management Review paper (co-authored by Claudius A. Hildebrand of Boston Consulting Group and Xi Zou of Nanyang Technological University) that motivation to network would partly depend on whether people held fixed or malleable attitudes towards three key aspects of networking: social intelligence, social relations and social capital. We call these attitudes lay theories of networking ability. For example, holding a fixed mindset about social intelligence means believing that one’s ability to network – what makes a good networker – is largely a matter of basic personality traits, such as how extroverted or charismatic you naturally are. Similarly, a fixed idea about social relations would be that two people would either “hit it off” or not, depending on compatibility factors which neither can control, e.g. race, gender or social class. In this view, networking feels morally suspect (fake and superficial, cloaking social differences under the mantle of polite sociability) in addition to being largely useless (because the outcome is fixed in advance). We thus surmised that people with a fixed mindset would be more likely to experience negative feelings and low motivation to put themselves out there.

Testing the theories
We put our theoretical model to the test in the Social Networks paper[1]. First, we administered a survey to 215 full-time North American professionals about their feelings and beliefs regarding networking. The expected mental and emotional correlations were evident: Respondents claiming to have fixed beliefs about networking (e.g. “Good networkers are born that way”) were more likely to say they dreaded it, and that it was both useless and morally suspect.

In a subsequent survey involving 131 MBA students, we asked about actual networking activity as well as feeling and beliefs. The same correlations as the previous study appeared as well, along with a statistically significant predictive effect. High-fixedness MBAs felt negatively about networking, were morally opposed to it, and indeed engaged in it much less than their more malleable peers.

Finally, we wanted to see whether prompting people to shift their beliefs could change their feelings and behaviour around networking. Again working with MBAs, we assigned a reading that would seem to affirm either the malleable or fixed mindset. The former argued that “networking is a skillset, much like learning a new language”, while the latter attributed networking success to “inborn dispositions and natural personality characteristics”. Four weeks later, the MBAs completed the survey from the first two studies and were asked to list the on-campus networking events they’d taken part in since they completed the reading. We found that the beliefs conveyed in the article were absorbed by the participants to a significant degree; participants thus primed to have fixed beliefs and negative opinions about networking attended fewer events, and vice versa.

In later studies, we found that fixed/malleable readings given to participants at three networking events affected their sentiment about the event after the fact. In other words, changing people’s mindsets helped to determine whether their experience of networking was more positive or negative.

Networking in Covid times
At this point, you may be wondering: Why would anyone hold a fixed mindset? The answer: Because many of us do not realise that holding such a simple belief can have such significant consequences. Networking, after all, is nothing more than an encounter between human beings with different needs, perspectives and ideologies. If you believe that networking is a manipulative, false, exploitative enterprise, then it will be for you. But if you choose to exercise your agency and bring your best to each new person that you meet, the possibilities for personal and career growth may be endless.

Networking with a growth mindset gives the endeavour a promising open-endedness. Fixed beliefs, on the other hand, will likely produce disappointment as failure to reap immediate gains from each encounter will seem to confirm your notions of networking as a waste of time, and of yourself as an irredeemably bad networker.

What would a growth mindset towards networking look like during Covid-19? In the middle of a pandemic, it is indeed hard to forge brand-new connections and make them stick. However, there are undoubtedly people you’ve known for a while with whom you could reconnect. Perhaps someone you enjoyed running into and chatting with at pre-pandemic industry events would appreciate it if you got in touch, with no agenda other than to check in and see how they are doing amidst all the Covid chaos. Who knows where such informal, purely human contact could lead? Stay flexible, resist the temptation to impose fixed criteria – and networking in a pandemic could take on a whole new (and much more enjoyable) meaning.

Ko Kuwabara is an Associate Professor of Organisational Behaviour at INSEAD.