At the helm of Shriram City Union Finance, Mr. Y.S. Chakravarti has been instrumental in expanding its branch network, business and customer base manifold 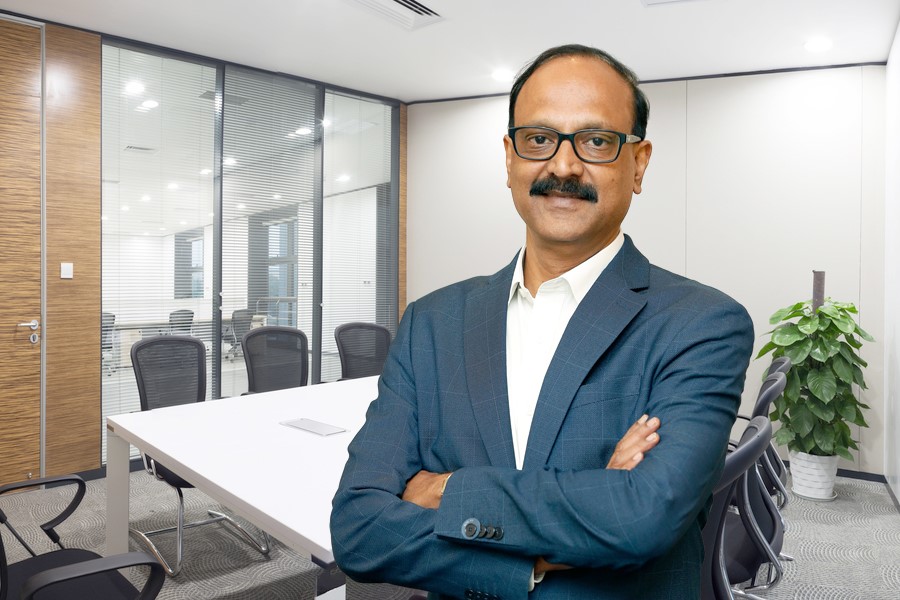 A charismatic leader, Mr. Y.S. Chakravarti is driven by the idea of transforming the lives of millions through the services of Shriram City Union Finance that ensures financial inclusion of those people who are not able to access formal credit for their small businesses in rural and semi-urban areas of the country. Mr. Chakravarti has his eyes fixed to make Shriram City Union Finance, India’s number one in all its operating segments. Apart from extending Business loans, Shriram City also focuses on loans for acquiring two-wheelers, pre-owned cars and loan against pledged jewels. Brought up in Visakhapatnam, a coastal city in Andhra Pradesh, a young Mr. Chakravarti after finishing his B.Com joined Shriram Group as a management trainee in 1991. It was due to his exceptional performance and his strong leadership abilities that he rose through the ranks to become Chief Executive Officer of Shriram City Union Finance in just within a short span of time. A part of Shriram Group which is in the forty-sixth year of its existence, Shriram City Union Finance is India's leading deposit accepting Non-Banking Financial Company (NBFC) apart from being one of the frontrunners in retail financing space. Shriram City is among the largest financiers of MSMEs and two wheelers in the country. Mr. Chakravarti proudly recalls, “Together with the team we had successfully opened close to 150 branches in Andhra Pradesh from 1991 to 1996 and our customer base also went up from a few thousand to 1 million customers within this period.” Obviously, it was a leapfrog achievement for the entire Shriram Group in the state and the beginning of the success saga of Mr. Chakravarti which continued unabated on the back of his strong perseverance towards achieving milestones one after another. Later on he was elevated to the position of Chief Operating Officer ("COO”) in 2010 and then Managing Director and CEO of Shriram City Union Finance Limited. Today under his astute leadership, Shriram City Union Finance has a customer base of almost 40.76 Lakh borrowers with an AUM of a Rs. 30000 crore. Mr. Chakravarti gives the credit for this phenomenal success to his team members. Leading from the front, Mr. Chakravarti says, “My journey with Shriram City Union Finance has been truly rewarding when I see the growth and evolution of my team. We work in unison with our team and whatever we have achieved we have achieved it together.” He adds, “I get contentment to see that my team is performing well and in the last thirty years of my journey the biggest satisfaction for me has been to see the glow of happiness on the faces of our customers. It fills my heart with a sense of winning for my entire team when our customers come back to us to express thanks and gratitude for the timely financial support that we had provided in turning their dreams into reality.”   Over the years, Mr. Chakravarti has significantly streamlined the operations of Shriram City Union Finance under his stewardship to make it achieve the distinction of becoming India’s most Trusted Financial Services Brand, according to the Brand Trust Report consecutively from 2016.  The company now has a wide distribution network with over 947 branches across the country. Thanks to the forward looking approach of Mr. Chakravarti, the customers of Shriram City Union Finance are equally serviced through multiple delivery channels such as Mobile App, Website, Contact Centres and they also enjoy the freedom to visit any branch to access their account details. The company embraces state-of-the-art technologies with a secured network and centralized monitoring capability which ensures availability of the right information to the customers and authorized users of the branch. An ardent follower of Shriram City Union Finance’s vision of serving the underserved and to create value at the bottom of the pyramid, Mr. Chakravarti abides by the company’s principle of maintaining the highest standards of corporate governance. He also encourages giving back to the society. He informs, “We fund two schools- one in Tamil Nadu and one in Andhra Pradesh where we have close to about 2500 students who belong to single parent families, or whose parents are in jail, or who are in a sense socially deprived, orphans, or psychologically disturbed. We supply all the required materials for their schooling from uniforms to books to everything free of cost and we don’t even charge fee from most of the students. Even if the fee is charged from some of them, it’s nominal.”  “Other than running these schools, we also provide for the training of the youngsters in various skills like hotel management as well as two-wheeler repair, among others. We not only train them but also try to place them with two-wheeler dealers’ workshops and if they are keen in setting up their own workshops, we help them in their endeavours,” he says adding, “Our CSR approach revolves around providing both education and employment.” An inspiring trailblazer, Mr. Chakravarti has in a way not only driven the Shriram Union Finance to achieve thumping success with the support of his team but he is also instrumental in charting the course of accomplishments for others. He himself rose from the position of trainee to the Managing Director and CEO of the company which in itself speaks volumes about his success story. Still, he calls himself just a facilitator who is helping small businessmen with easy finance while they work hard to turn their dreams into reality. Website: www.shriramcity.in Disclaimer: The views, suggestions and opinions expressed here are the sole responsibility of the experts. No Forbes India journalist was involved in the writing and production of this article.