The positive side of negative emotions 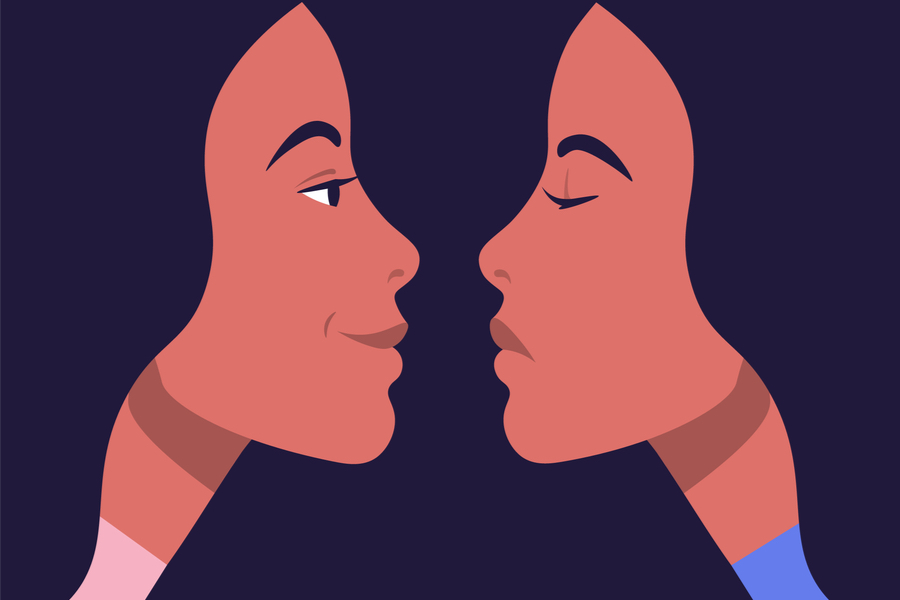 The benefits of “cognitive reappraisal”—the widely used self-help strategy of reframing distressing situations to move past the negative emotions they engender—are well established.

Studies have shown that when employees use reappraisal techniques, they are more satisfied with their jobs and are less susceptible to stress and burnout. The research also links reappraisal to higher employee performance.

Given these findings, it’s not surprising that many companies are teaching and encouraging employees to embrace the strategy. Google’s “Search Inside Yourself” training program is a notable example. The program, which includes reappraisal among other practical techniques for mindfulness, self-awareness, and self-management, was created by Chade-Meng Tan, one of the company’s engineers, in 2007. Demand for the program prompted Tan and others to found a nonprofit that went on to teach the techniques to employees in companies ranging from American Express to Volkswagen.

When Feeling Good Is Bad
But what if the outcomes of cognitive reappraisal aren’t entirely beneficial? One team of researchers—Matthew Feinbergopen in new window and Brett Fordopen in new window at the University of Toronto, along with Francis J. Flynn at Stanford Graduate School of Business—suspected that might be the case.

No research had considered the effect of cognitive reappraisal on negative emotions that can stifle counterproductive workplace behaviors — such as the theft of company property, lying about missing work, padding expenses, and withholding resources needed by colleagues. So, Feinberg, Ford, and Flynn ran five studies designed to establish the effect of cognitive reappraisal on “moral” emotions, like guilt and shame, that promote ethical behavior. They also examined how employees sometimes use reappraisal to act in unethical ways.

Their paper recently appeared in the journal Organizational Behavior and Human Decision Processes.

The Experiments
In the first study, the trio identified 171 people in various occupations who had reported experiencing guilt and shame at work within the past month. The researchers’ next step was to ascertain how the workers had managed those feelings. As expected, they found that the subjects who were able to positively reframe the incidents that had produced guilt or shame were more satisfied with their jobs and less likely to suffer burnout. Unfortunately, the professors report, those same subjects also were “significantly more likely to engage” in counterproductive workplace behaviors, such as treating others rudely and falsifying expenses.

In the second study, using a new set of subjects in a variety of occupations, the researchers asked employees about their use of reappraisal. A week later, the same employees were asked to imagine a situation in which they could engage in counterproductive behaviors without consequences, and to reveal how likely they would be to engage in those behaviors in such a situation. “We found that the higher the subjects scored on the tendency to use reappraisal to lessen feelings of guilt and shame, the more willing they were to engage in counterproductive workplace behaviors,” Flynn says.

In the third study, Feinberg, Ford, and Flynn filmed students in a professional MBA program as they participated in a heated negotiation task and had independent coders evaluate how unethically they behaved during the task. Students who were more inclined to use cognitive reappraisal employed more unethical tactics, such as lying, misusing information, and making false promises.

The final pair of studies were lab experiments using simulations involving different kinds of unethical behavior. The first of them focused on the willingness to misallocate resources by unfairly splitting a $15 fee, and the second focused on the willingness to lie about how long it took to complete a task. The researchers manipulated whether the participants reappraised their guilty feelings or not. In each case, the induced use of reappraisal was connected to more of the unethical behavior.

There’s one more finding in the studies that should prompt reflection. Cognitive reappraisal was commonplace: More than 60% of the participants in one study reported that they were already using the strategy.

“The more people practice cognitive reappraisal and extol its benefits, the more important it is to highlight its tradeoffs,” cautions Flynn. “Reappraising moral emotions can soothe one’s conscience, but it can also lead us down a dangerous path.” That’s a warning that employees and their leaders would do well to heed.

Tweets by @forbesindia
How A Velumani, a landless farmer's son, built Thyrocare into a billion-dollar behemoth before a surprise sell-off
Photo of the day: Sowing the future

Can 'U-able' stand out as a teen social networking app?