Commuting hurts productivity and your best talent suffers most

Companies that prize innovation should keep employees out of soul-crushing transit, even after the COVID-19 pandemic, suggests new research by Andy Wu 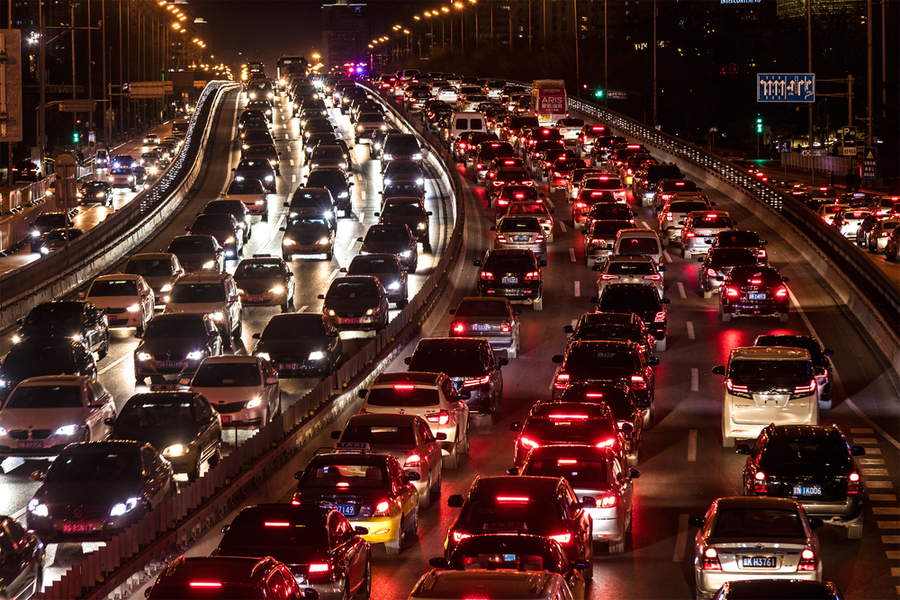 Many of us have been there: mired in rush-hour traffic, listening to music or news to take our minds off the grind, wishing we didn’t feel so stressed before we’ve even reached the office.

A late-night conversation with a fellow researcher about the hassle of commuting inspired Harvard Business School Assistant Professor of Business Administration Andy Wu to conduct a study that asked: Does the daily commute affect innovation and productivity for tens of millions of workers? And if so, what are the implications for companies that employ commuters?

Many companies will confront these questions as the COVID-19 pandemic wanes and remote employees—perhaps grudgingly—contemplate returning to offices. Wu’s conclusions were clear: A long commute hurts workers and their employers by hindering creativity and productivity, which stifles innovation, according to his recent Journal of Urban Economics article Commuting and Innovation: Are Closer Inventors More Productive?

“It’s amazing how robust the results are. Commuting hurts both innovative quantity and quality,” especially for an organization’s highest-performing workers, says Wu of the three-year analysis he conducted with coauthors Hongyu Xiao and Jaeho Kim, both of the University of Pennsylvania’s Wharton School.

The results provide an important lesson for companies: “If firms want to make sure their best knowledge workers innovate at their peak, keep them closer to where they work,” either by allowing them to work remotely or by providing incentives to move closer to offices, Wu says.

The highest performers suffer the most
While previous studies have shown that long commutes can affect a worker’s mental and physical health—contributing to an astonishing amount of negative health outcomes, including heart disease—Wu says this is the first study to analyze the impact on the innovation generated by firms and their workers.

The research team analyzed a sample of 3,445 inventors and 1,180 firms in California and New England, drawing data from the US Patent and Trademark Office, Dataquick, which is now owned by CoreLogic, and Data Axle USA.

When measuring the number and quality of patented inventions by high-tech inventors, Wu and his colleagues found that for every 10 kilometers (6.2 miles) of added travel distance, the firm employing those inventors registered 5 percent fewer patents. The quality of the patents took an even bigger dive, dropping 7 percent with every 6.2 miles added to the inventors’ commute.

The most talented inventors suffered the most; the greatest productivity losses were found among the highest-performing inventors, those among the top 10 percent.

The results show “for inventors with long commutes, any distance you can reduce the commute, you can gain in innovative productivity,” Wu says. And the findings “absolutely can apply” to a wide variety of skilled and creative workers, not just high-tech inventors, he says.

The researchers conducted the study from 2015 to 2017, prior to the COVID-19 pandemic, when most employees were still physically commuting. As of 2018, 115 million of the 150 million people working in the United States commuted an average 27 minutes each way—almost an hour round-trip, according to the US Census Bureau.

“The total opportunity cost of commuting for workers can exceed their hourly wages, amounting to thousands of dollars per average worker per year, and this is before taking into account potential costs on workers’ subjective well-being,” the researchers write.

How can companies ease the commuting pain?
While Wu is quick to note that some “knowledge work” depends on in-person collaboration, including medical and biotech research, he says business leaders and managers need to pay closer attention to where they locate their offices and where their employees live, with an eye on keeping commutes as short as possible.

“There should be serious consideration of: Should you plan around where your best people live?” he says.

Some tech firms have tried to do just that. For instance, in 2015, Facebook offered $10,000 bonuses to employees who moved closer to the company’s main campus in Menlo Park, California. Google went even further in 2017, providing affordable, modular housing for hundreds of workers in Silicon Valley.

The research team also writes that “firms should seriously consider allowing more telecommuting, at least among more distant employees.” While some firms, such as IDG and State Street Bank, are eyeing full office returns in the summer or fall, many others are considering either hybrid or full-time remote work setups long term, even after the pandemic subsides. Fidelity Investments and Blue Cross Blue Shield are in no hurry to resume in-person work, for instance, and Dell Technologies says 60 percent of its employees will continue to work remotely. Twitter also announced in May 2020 that its workers can choose to permanently stay remote rather than return to the physical office.

Wu suspects some companies may even open satellite offices in an effort to shorten workers’ commutes.

Wu doesn’t have a long commute himself; he lives in Cambridge, close enough to either walk or ride an electric scooter to HBS. But, he says, everyone should consider the high cost of long commutes: “Firms need to care about this,” he says, “not just employees.”

Lane Lambert is a writer based in the Boston area.

Tweets by @forbesindia
From Delhi to Gujarat, a look at night curfews across states amid Covid-19 surge
My life in Israel's brave new post-pandemic future