Workplace equality for all (unless they're old) 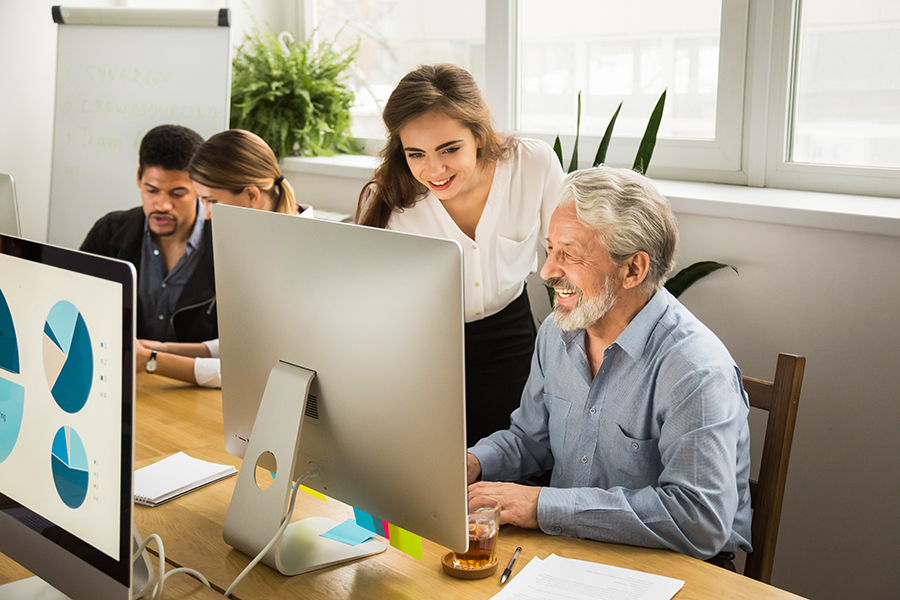 A new study finds that people who adamantly oppose racism and sexism are not so eager to eliminate ageism at work
Image: Shutterstock

Despite recent advances in workplace diversity and inclusion, a new study finds that people who adamantly oppose racism and sexism are not so eager to eliminate ageism at work.

“I wouldn’t go as far as saying they discriminate,” says Ashley Martin, an assistant professor of organizational behavior at Stanford Graduate School of Business. “But even fair-minded people seem to prioritize race and gender over age.”

That counterintuitive conclusion appears in a study that Martin recently coauthored with Michael S. Northopen in new window of New York University.

The primary rub among what Martin calls “egalitarian” employees is the concept of succession, which apparently complicates workplace dynamics.

It works like this: With older workers increasingly remaining in their jobs past the once-traditional retirement age of 65 — whether because of a desire to keep working or a need for income — ambitious younger employees trying to move up in an organization sometimes see older workers as obstacles to advancement, or “opportunity blockers.”

“Succession uniquely targets older individuals,” the researchers write, “and differs from other forms of prejudice in which these ‘natural progression’ expectations are not as clear.”

Because that can lead to resentment among younger workers, older workers can face prejudice even among those who support other disadvantaged groups. “Thus, egalitarian advocates — or those who are motivated to create equal opportunity for all groups — might actively (and counterintuitively) discriminate against older adults,” Martin and North write.

How to measure hostility?

In one of the nine experiments, they measured attitudes about ageism by having their subjects read a series of opinionated comments about older workers. “The older generation has an unfair amount of political power compared with younger people,” read one comment. Another read, “Most older workers don’t know when it’s time to make way for the younger generation.” The subjects were asked to rank their response to those comments on a scale from “disagree strongly” to “agree strongly.”

The results, they write, reveal “a uniquely challenging prejudice.” Ageism turned out be a difficult prejudice to neutralize, they found, because even fervent anti-prejudice advocates found ways to legitimize the bias.

People are living longer, and therefore retiring later. “Also, with our current uncertain economic climate, older people are actually forced to work longer,” she says. “So you have the biggest population in history staying in the workforce longer.”

Ageism differs from racism and sexism in that the latter two involve groups that are seen to be historically disadvantaged and who are finally — and rightfully — being allowed into positions of power, Martin says.

But with ageism, even fair-minded younger workers can get impatient if they feel it’s their time to shine and their elders seem reluctant to relinquish the spotlight.

“Younger people are trying to push older people out of positions of power before they’re ready to go,” she says. “That happens quite often, and we see it embedded in the structure of society in ways that are really interesting and quite problematic.”

For example, in what other social category does the calendar dictate when a career is over? “Forced retirement is a pretty explicit form of ageism,” Martin says. “We’ve internalized it as natural.”

She adds, however, that younger workers tend to be more empathetic when they realize many older workers can’t afford to retire.

Will the day ever come when anti-ageism activists unify in the same way Black Lives Matter and #MeToo activists have done? Martin has her doubts.

“I want to be hopeful and think there will be advocacy around aging issues,” she says. “But because other forms of prejudice are considered to be more detrimental than ageism, I’m not sure they’ll coalesce.”

Tweets by @forbesindia
Jeff Bezos invests in Ula; Oyo seeks $1.2 billion in IPO; and a chat on the record money flow into India's internet unicorns
The big 'slim' Indian wedding