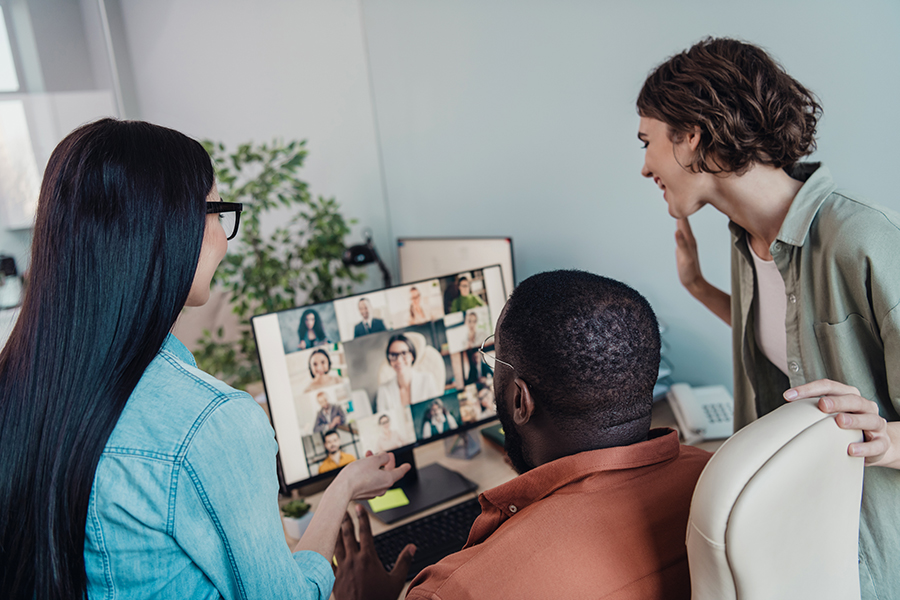 Remote and hybrid teams are also suffering from a lack of social connection and belonging Image: Shutterstock

Most white-collar employees have spent the bulk of their career working in teams. However, the rise of hybridity is changing work paradigms in ways that make us wonder whether we still need teams. We’re not saying this lightly: Between the two us, we’ve spent more than 40 years examining the ins and outs of teams in organisations.

Our recent conversations with employees at all levels have made something clear: While concern about work-life balance, burnout, employee disconnection and turnover is common, those that seem to worry the most are those leading or working in teams.

It’s good to take a step back and remember that teamwork – to the extent that it’s used now – is relatively new. Enabled by technological advances, it only became the norm for knowledge work in the early 1980s, in response to globalisation.

The world fell in love with teams because when they work, they really work. Great teams can generate creative solutions to complex problems. They can provide camaraderie and the right level of challenge for employees. Indeed, high-performing teams don’t just produce great results, they also underpin some of the most desirable organisational cultures out there.

Unfortunately, even high-performing teams have costs. In a 2009 interview with HBR titled “Why Teams Don’t Work”, our late mentor, J. Richard Hackman, said: “Research consistently shows that teams underperform, despite all the extra resources they have. That’s because problems with coordination and motivation typically chip away at the benefits of collaboration.”

In an article we wrote at the start of the pandemic, we advised managers to take a triage approach in order to identify and manage team stressors. As we expect that these stressors will continue to mount, the time has come to reassess when and how to use teams in organisations.

This is because the rise of hybrid work has altered the equation.

Let’s first look at costs. Information, resources and tasks don’t just distribute themselves. A significant amount of time and energy must be devoted to coordinating the work; establishing healthy norms and resolving conflicts; aligning motivations and efforts; and putting together combined deliverables.

Global teams add a few layers of complexity, thanks to time zones as well as cultural and linguistic differences.

Hybridity multiplies all of these known costs. Each team member now works sometimes in the office, sometimes remotely (which can be at home or in a café or anywhere else really). And where each individual sits also affects the configuration of the whole team – creating new subgroups, majorities and minorities – to significant effect.

As if coordinating work across locations wasn’t complex enough, employees want more autonomy over their work schedules as well. And things are not about to settle: According to a 2022 global study, half of hybrid employees are considering a switch to remote, and even more remote employees (57 percent) are considering going hybrid.

Talk about a moving goalpost. This level of variance is bringing many team leaders to the breaking point. In that same study, 74 percent of global managers said they didn’t have the resources or influence they needed to make changes on behalf of their team.

Aside from rising coordination costs, team benefits are waning. Research has found that the move to remote work has been hard on certain types of collaborations, especially creative work, visioning and decision making.

Remote and hybrid teams are also suffering from a lack of social connection and belonging. We’ve written before about the fact that global executives are feeling lonelier than ever before, despite being on an average of three work teams. In fact, being on a team can make people feel more lonely due to the contrast between expectations and reality: When employees are expecting to bond with their teammates and they do not, the disappointment can heighten their sense of loneliness.

What can managers do?

New advice for reducing some of those costs and creating closer-knit teams is emerging. For example, fostering psychological safety and empowering smaller groups to make decisions can help. However, if those interventions don’t move the needle, it’s time to think about team alternatives.

One option is to replace some teams with more individual contributors. Another suggestion is to break down jobs into tasks to disaggregate the work further.

A less radical solution is to reframe teams as “co-acting groups.” As we’ve stated in past research, true teams have a shared mindset, a compelling joint mission, defined roles, stable membership, high interdependence and clear norms. Co-acting groups represent a loose confederation of employees who dip in and out of collaborative interactions as a project unfolds.

This type of configuration still requires plenty of coordination – perhaps even more so. Yet the process becomes more streamlined and controllable. For example, rather than hosting daily or weekly team meetings, managers can touch base with each group member individually. Because one-on-one interactions are easier to orchestrate (both synchronously and asynchronously), their coordination costs should be lower than that of hybrid teams.

However, co-acting groups could also have less benefits compared to best-case hybrid teams, particularly in terms of creativity, collaboration and camaraderie. This downside can be managed via the following recommendations:

Is teamwork going the way of the dodo?

We still love teams. Given the best conditions, teams can excel. But today’s work landscapes fan strong headwinds. All too often, teams can’t reach their potential. If that is the case in your organisation, you may want to consider new ways of working.

This is an adaptation of an article published in Harvard Business Review.

Constance N. Hadley is a lecturer at Boston University's Questrom School of Business.

Mark Mortensen is an Associate Professor of Organisational Behaviour at INSEAD. He is the director of Designing and Leading Collaboration in a New World Order, an INSEAD Go-Live programme, and the co-director of Developing Emerging Leaders, an online INSEAD Executive Education programme.