To get ahead, female leaders can embody many qualities – Except one 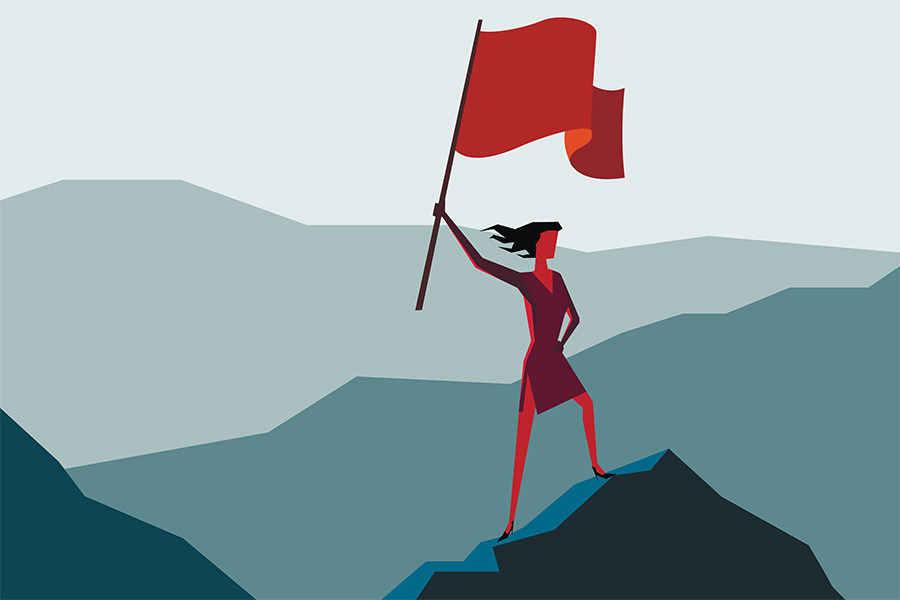 In many organizations women are in short supply in top leader roles Image: Shutterstock

Women leaders often juggle conflicting messages about how to behave at work if they hope to get ahead: be nice, but not too nice; be ambitious, but not intimidating; be assertive, but never the “B” word: bossy.

New research from Duke University’s Fuqua School of Business finds there are some traits –independence, diligence, and competence – associated with women leaders that actually help them seem more promotable. However, according to the research forthcoming in the Journal of Applied Psychology, there is still one thing many women leaders shouldn’t be in the 21st century if they want to get ahead: dominant.

“In an ideal world, women in leadership wouldn’t have to worry about these contrasting views and could just be their authentic selves. Unfortunately, according to our research, that’s not an accurate portrayal of reality,” said diversity and leadership scholar Ashleigh Shelby Rosette, an author of the paper, which has been designated by journal editors as a monograph or groundbreaking work. “We know that in many organizations women are in short supply in top leader roles. How women are perceived at important junctures throughout their careers can significantly influence who’s at the top and who’s at the bottom, so we wanted to evaluate what makes women seem more promotable.”

What is an agentic leader?

Rosette, who collaborated with authors Anyi Ma at Tulane University and Christy Zhou Koval at Michigan State University, focused specifically on perceptions about agentic women – female leaders whose behaviors tend to defy stereotypes about women being nurturing or communal.

The authors reviewed more than 45 years of research on gender and leadership and tested an original model of agency they developed comprising six factors: competence, ambition, dominance, diligence, independence and self-assuredness. They discovered certain types of agency convey advantages for female leaders, whereas other types convey disadvantages.

When agentic women in research studies were viewed as independent, diligent or competent, observers perceived them as promotable. Possessing these attributes could even give women a boost over men with the same qualities, the researchers found.

However, participants thought the opposite about agentic women who demonstrated dominance. They were not perceived as promotable and appeared to be penalized more strongly than male leaders who showed dominance, the researchers found. The research didn’t generate enough evidence to conclude whether women who were ambitious or self-assured were more promotable or less promotable than male leaders with the same qualities.

Organizations that push employees to compete aggressively with each other create environments that are inherently less communal and even masculine, and such cultures can create greater backlash for dominant women, the researchers also noted.

“This research suggests women don’t have to be bashful about demonstrating their independence or competence, or the extent to which they are working exceptionally hard,” Rosette said. “Unfortunately, our research shows that some women still have to manage certain perceptions. I hope our research brings to light that the burden should not be on women, but on organizations, to understand the dilemma women face in how they are perceived.”

Organizations and managers can help by thinking carefully about how they perceive or describe certain interactions, Rosette said.

“Instead of direct feedback and frank conversations being described as dominant or being perceived negatively when women do it – but not when men do it – we can reframe those interactions as demonstrations of competence, independence or other agentic characteristics that may be perceived favorably for women and men,” she said. “We want people to lead authentically and not be penalized by demonstrating these behaviors that tend to be viewed as evidence of successful leadership.”

Rosette noted that interpretations of women’s behavior will also vary by race, social class, religion, sexual orientation and other factors not studied in this research.

“Our research focused on women in general,” she said. “It is quite probable that when these other social categories intersect with gender, perceptions of women will be affected.”