When two leaders collide, the result can be less fraud

When the head of a family firm ranks lower in the family hierarchy than another leader at that firm, the misalignment can help prevent fraud in the emerging market context 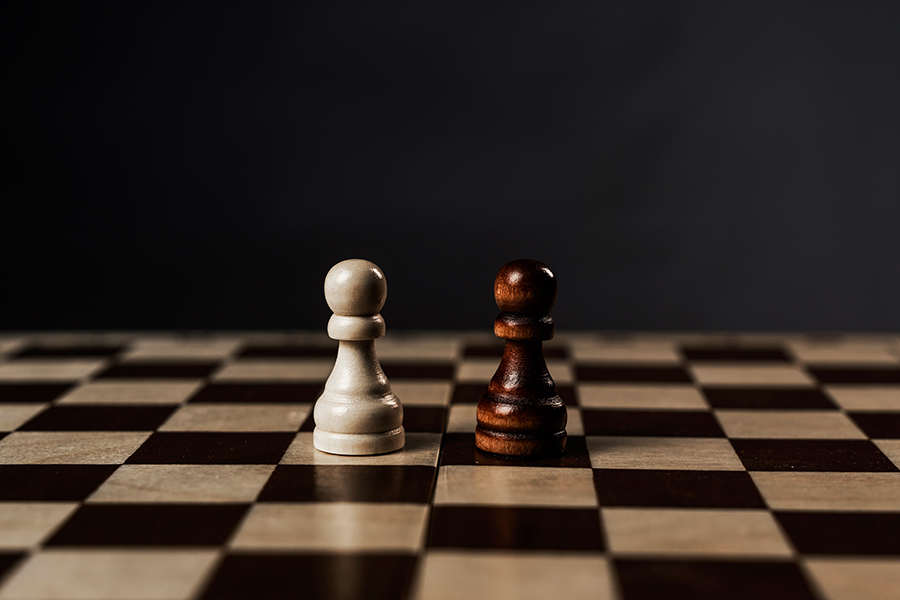 For hierarchical inconsistency to work its magic, the two leaders must both have influence and legitimacy Image: Shutterstock

Corporate governance is a challenge in emerging markets where the rule of law tend to be weak. The usual mechanisms for reducing corporate fraud aren’t as effective there as they are in developed economies. Take the real estate industry in China. Recent years have seen a crop of fraud cases – such as excessive leveraging followed by bankruptcy – that hurt many investors.

The problem isn’t just weak rule of law. It is not rare for independent directors to be personal friends of top executives. When everyone is cosy, it can open the door wider to potential wrongdoing. This prompted us to look at an informal corporate governance mechanism that could compensate for the ineffectiveness of the usual ways to monitor and reduce securities fraud.

The novel mechanism we propose is hierarchical inconsistency. Let’s use an example: In the context of a family business, if a son serves as CEO with his parent as a member of the top management team, the son occupies a higher rank in the formal business hierarchy, while the parent has a higher rank in the social (family) one. While the parent’s standing is bolstered by deep-rooted Confucianism, a patrilineal system emphasising younger members’ deference to their elders and women’s subservience to men, the child is the unequivocal head of the firm.

This hierarchical inconsistency can occur for various reasons. A common one is succession planning. For example, the second generation takes over, while the first generation (often the father) remains active in the firm, with or without a formal title. This can help ensure a smooth transition.

Another common reason is when the more junior family member has superior expertise, a better business background, or more extensive relationships in a specific industry. That person may be appointed as chair of the board (the highest position in the business pecking order) to meet specific expectations of important stakeholders, while the parent reports to him or her. Alternatively, it can mean the wife is head of the firm, with her husband reporting to her.

An informal method for checks and balances

Prior business literature has always described hierarchical misalignment quite negatively. The mismatch makes people feel distressed and frustrated. To redress that situation, they are more likely to challenge the other side, especially by raising moral objections. Questioning whether the other person has done anything immoral is an effective way to undermine his or her authority and raise one’s own prestige.

We investigated whether companies with this kind of structure would be less likely to engage in securities fraud, because their leaders are more vigilant. After all, such fraud often requires active coordination or passive acquiescence of multiple individuals in the firm. Knowing that the other key leader is unlikely to collude, neither head would be inclined to commit fraud.

We examined securities fraud committed in all family-controlled firms listed on the stock exchanges of China between 2003 and 2013. Securities fraud refers to deceptive practices that violate laws or regulations enforced by securities regulators. These include misrepresentations of financial reports, misappropriation of assets, insider trading and illegal share transaction, among others.

As it can take time for securities fraud to be detected by regulators, we collected data until 2018 (on frauds committed until 2013). We then compared family-controlled firms that featured hierarchical inconsistency with those that didn’t. In those firms where the formal head worked with at least one family member whose family rank was higher than him or her, the odds ratio of fraud was reduced by 81 percent.

Aside from the magnitude of the effect, this is a key finding as family firms – the type of firms where this mismatch can be seen – tend to be fundamental in emerging markets. And hierarchical inconsistency is more common than might be assumed: 23 percent of our sample exhibited this leadership pattern.

Parallel to this reduction in the probability of fraud, hierarchical inconsistency can also help keep groupthink at bay. When employees of all ranks see that dissent is acceptable at the very top, they feel freer to offer a different opinion and raise objections.

This is important since company structure in emerging markets tends to be quite vertical; subordinates are fully expected to comply with and respect authority. It's rare for subordinates to be willing to challenge. But a company with the kind of hierarchical inconsistency we just described can allow and even encourage subordinates to speak up. This is another boon in terms of fraud prevention.

For hierarchical inconsistency to work its magic, the two leaders must both have influence and legitimacy. By influence, we mean that both leaders must have the power to mobilise resources and fire people. Legitimacy means that others must accept their power. Someone could be very powerful without legitimacy. For example, the power might be seen as short-term or completely undeserved. If so, the resulting checks and balances may not be as effective.

While hierarchical inconsistency can make for an uncomfortable situation for the parties involved, we argue that it shouldn’t be thought of negatively. The benefit of fraud prevention is well worth the discomfort. Investors could also look at such a situation as a sign that the company could be more trustworthy.

There’s an old Chinese saying: “Good medicine tastes bitter.” It may be unpleasant, but it has a very good healing effect. So it is with hierarchical inconsistency.

Yidi Guo is an Assistant Professor at Tsinghua University School of Economics and Management.

Xiaowei Rose Luo is a Professor of Entrepreneurship and Family Enterprise at INSEAD where she holds the Rudolf & Valeria Maag Professorship.

Danyang Li is a Ph.D. student at University of California, Berkeley.