The trickle-down tragedy of corporate fraud

When companies shut down because of executive malfeasance, bottom-tier workers suffer most — especially when it comes to future earnings 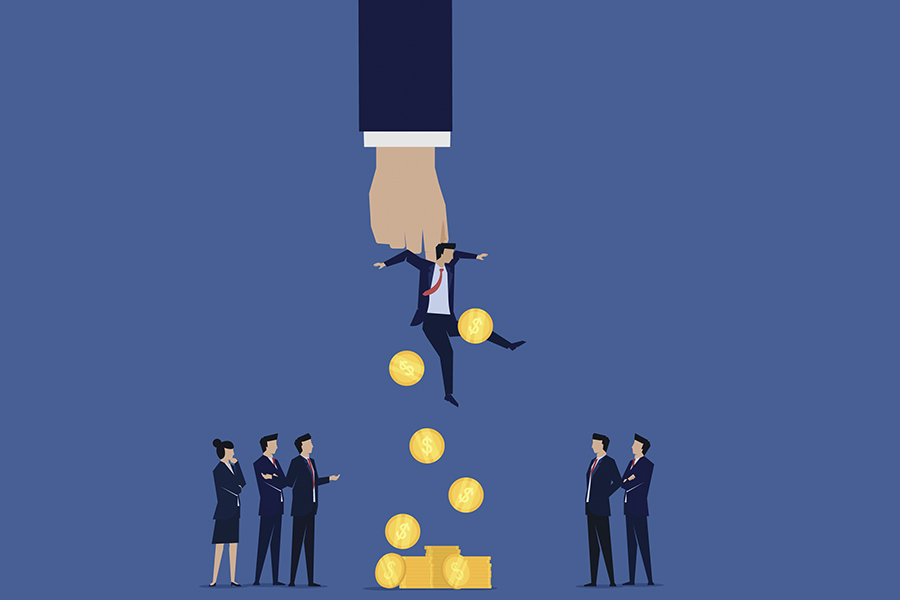 When a company shuts down because of executive fraud, “most employees have no idea of the risks until the very day they lose their jobs,” says Stanford GSB accounting professor Jungho Choi
Image: Shutterstock

In June of 2002, the telecommunications firm WorldCom confessed to a $4 billion accounting scandal. One month later, the company declared bankruptcy. As is routine after such public implosions, a spotlight shined on top management. The CFO received a five-year prison sentence, the CEO a 25-year sentence. The scandal became a case study in executive malfeasance.

But for Jungho Choi, assistant professor of accounting at Stanford GSB, a different narrative remained unvoiced: What about the nearly 30,000 employees who lost their jobs — including 17,000 in one day? He wondered the same thing about workers at Enron and Waste Management, Xerox and Tyco.

“Midlevel workers and below make up the majority of any firm, and their lives are completely upended just because they happen to work for a fraudulent company,” Choi says. “Workers usually suffer more than management, but they’re hard to trace, and this made me want to understand what happens to them.”

Using the U.S. Census Bureau’s confidential Longitudinal Employer-Household Dynamics dataset, which gathers information on where individuals are employed along with their wages and basic demographics, Choi tracked 362,000 people employed across about 150 firms involved in scandal between 1989 and 2008. In parallel to this group, he tracked the trajectory of a control group of employees who worked at corresponding companies that did not experience scandal.

A 50% Plunge in Earnings
With his colleague Brandon Gipper, an associate professor of accounting at Stanford GSB, Choi found that employees who’d worked at firms involved in fraud lost an average of 50% of their cumulative earnings over the subsequent decade compared with their peers at similar firms.

To contextualize the scale of this gap, the researchers point out that estimated wage losses in the U.S. caused by the Clean Air Act average about 20%, while losses caused by competition with China are anywhere from 20% to 40%.

“ Workers usually suffer more than management, but they’re hard to trace, and this made me want to understand what happens to them.
Jungho Choi

By parsing the data more carefully, the researchers found a stark story of inequity within the troubled firms themselves. When employees of fraudulent companies were divided into two groups — the top 10% and the bottom 90% of earners — workers with lower salaries shouldered the brunt of harms.

“Workers of a fraudulent firm are likely to leave their county, and even industry, when the fraud is discovered, and those who earn more — the skilled and high-paid workers — are much more mobile,” Choi says. “So lower-paid workers seem to bear the major costs of fraud and suffer more.”

Secrecy’s Compounding Effect
This inequity is compounded by a novel pattern in which fraudulent firms, during the period of fraud, often try to maintain a front of profitability by expanding their workforce. They do this by quietly shedding more experienced and highly paid employees and replacing them with a greater number of inexperienced and low-paid workers. Also, this process typically takes place concealed from view — which is one thing that often differentiates fraud from bankruptcy.

“If you imagine a case like JCPenney, there is a general understanding that the company is ailing, and so workers or stakeholders can, to some extent, make an employment decision based on the right information,” Choi says. “Fraud cases are completely different. Most employees have no idea of the risks until the very day they lose their jobs and are forced into a difficult labor market.”

The paper, says Choi, has two key implications for policymakers. On the enforcement side, he suggests that the Securities and Exchange Commission, which tends to have its offices in major cities, should pay more attention to companies that are in distant labor markets.

There is a two-step rationale for this.

First, prior research has demonstrated that detection rates of fraud are higher in areas that are physically close to SEC offices.

Outer-City Blues
Second, when fraudulent companies that are far from SEC offices, in rural markets, collapse, they leave low-wage workers stranded in an especially hostile labor market, as there are rarely companies in the same sector ready to absorb the layoffs. (WorldCom, for example, was headquartered in Clinton, Mississippi — not a telecom hotbed.) Workers who live in major cities are more likely to land on their feet.

More broadly, Choi says this research brings new perspective to the scope of the problem of fraud in the labor force. He returned to the fact that competition with China sheds an estimated 20% to 40% of cumulative wages for workers affected, whereas fraud is responsible for up to 50%.

“Right now, there is huge debate over trade competition with China, its effects on workers in the U.S., and how we need to revamp the manufacturing industry to compete,” Choi says. In that light, a loss of 50% of cumulative wages among workers affected by fraudulent employers takes on new potency.

“Fraud admittedly affects a smaller number of people than competition with China, but there are good arguments that we can reduce fraud,” he says. “And this 50% figure makes it clear how important that reduction would be for workers.”

Tweets by @forbesindia
Infosys CEO summoned over tax portal glitches; Elon Musk's Tesla humanoid robot; and a chat about 'Robomimic'
Bengaluru may have most jobs; healthcare, pharma most likely to hire: Report