Third-generation entrepreneurs behind the Varanasi-based platform say they want to take artisans along with them in their growth journey, and sell Banarasi weaves to the world 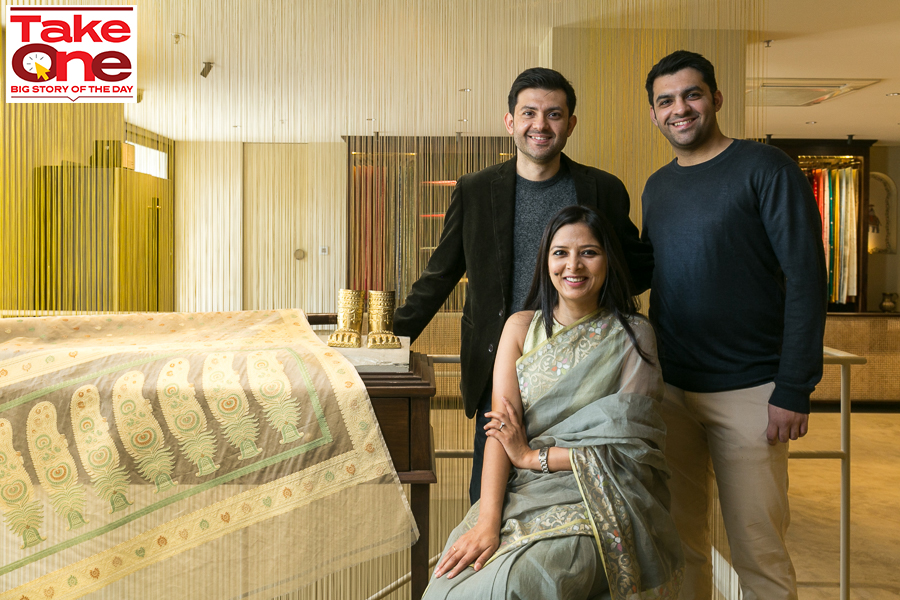 Tilfi, a textile brand based in Varanasi, Uttar Pradesh, takes its name after a traditional weaving technique. Established in 2016, it takes forward the legacy of a five-decade-old handloom business started by the family of Aditi Chand, Udit Khanna and his brother Ujjwal.

“My family has been in the textile trade for as far back as our records date,” says Khanna, chief brand officer, Tilfi. In pre-Independence India, his family had a flourishing business in Amritsar of supplying textiles to North India and Pakistan. They lost their business, money and assets in the partition of 1947, following which the family moved to Srinagar and set up a retail clothing business. In the 1960s, the family yet again relocated to Varanasi in order to leave behind the volatility of Jammu & Kashmir.

“Starting from scratch in Varanasi, this time in handloom textiles, my grandfather built his reputation in the trade”, says Khanna, whose father subsequently took over the business. In the late 90s and early 2000s, things changed drastically for the successful business. Customer preferences shifted as power looms took over hand-woven clothing. The gradual decline in patronage to weavers and artisans meant a steady contraction of the business.

The third-generation of the family, husband-wife duo Chand and Khanna, and Khanna’s brother Ujjwal (chief product officer, Tilfi), did not plan on continuing the family business. Living abroad, while Chand worked in investment banking, Khanna started his career with a British multinational consumer goods company. What made them return to their roots to launch Tilfi is an interesting story. 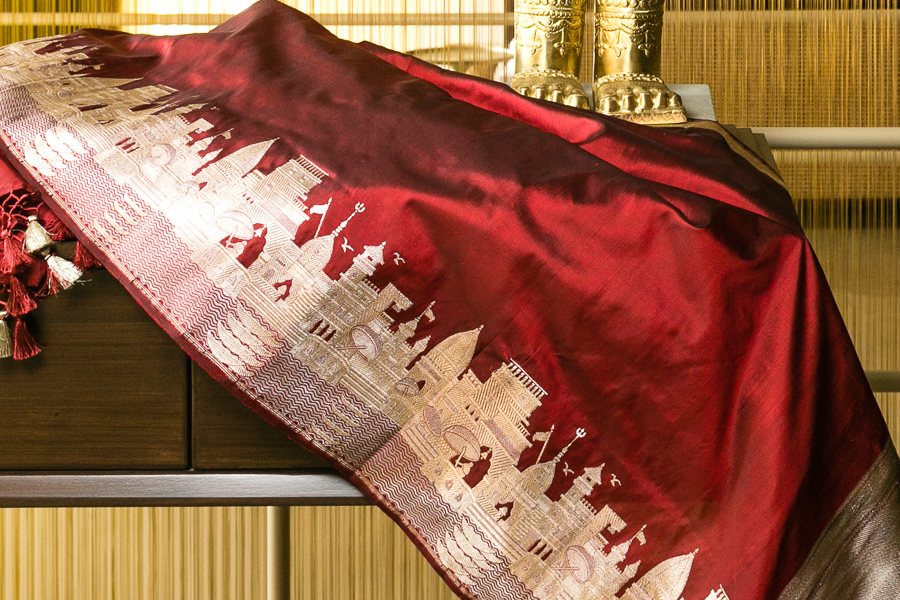 Tilfi began with the conviction that Varanasi’s weavers made some of the finest textiles in the world
Image: Madhu Kapparath

“Tilfi was born out of a realisation”, says Chand, chief executive officer, Tilfi. Visiting Varanasi on a holiday in the winter of 2013, Chand and Khanna had a casual conversation with a weaver. “He lamented over the unwillingness of his sons to follow in his footsteps and we responded with ideas on how he could motivate them to pursue their hunar (talent),” she recollects. “The old man simply queried why we chose to not join our father and grandfather’s trade.” After that conversation, there was no looking back. The duo shifted to Varanasi permanently in 2016.

Tilfi began with the conviction that Varanasi’s weavers made some of the finest textiles in the world. Through innovation, investments in operational efficiency, quality standards, and a business model built to take artisans along, the founders want to build a brand that could firmly establish itself on the world’s luxury map. 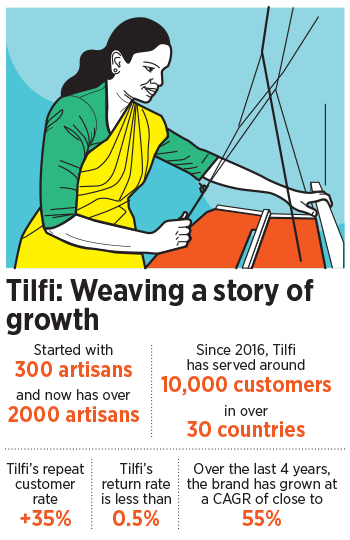 According to the Fourth All India Handloom Census (2019-20), there are 31.45 lakh handloom weaver households in the country. While there are several public welfare schemes available to provide a social safety net to help with training, upskilling, health, getting a market for their products, health insurance, and more, awareness about these schemes is low. As per the Census, about 68 percent weavers earn less than Rs5,000 a month.

Tilfi started with a pool of 300 artisans in 2016. Today, over 2,000 artisans work with Tilfi, and have continued working since their first association with the brand. On average, about 60 percent proceeds from each product goes toward compensating the weavers and artisans involved in the making.

Mohammed Sajid, 38, is one of Tilfi's artisans since 2016. Sajid comes from a family of weavers. “Since childhood, I have observed and learned this craft from my father and grandfather”, he says. Sajid spent 16 years as an artisan in Varanasi but believes that it is only now that he is doing real work and learning on the job. “What I did for 16 years seems nothing in front of the amount of knowledge I have received here.”

“Through efficiency in inventory and working capital management, we ensure prompt payment schedules for all our weavers,” says Chand. In the local industry, weavers often wait for months before being compensated or their products are returned if the retailer is unable to sell. At present, Tilfi gets close to 1,000 products woven on a monthly basis. This number has been growing steadily. “We do not return products that are woven for Tilfi [if they are not sold]. The risk of production is borne by us,” says Chand. 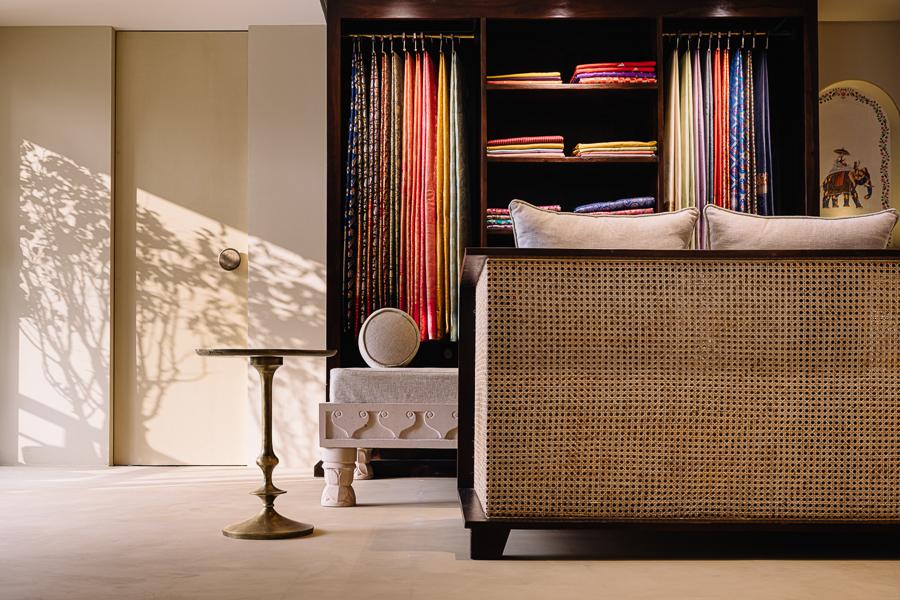 At present, Tilfi gets close to 1,000 products woven on a monthly basis. This number has been growing steadily
Image: Courtesy Tilfi

Tilfi’s expertise covers design, production, luxury branding, digital commerce and social impact. It runs as a direct-to-consumer luxury brand. The design of all their collections is carried out in-house and the manufacturing takes place solely in Varanasi. Tilfi sells its products exclusively through its website and their flagship retail store in Varanasi. “Selling exclusively through our own channels does restrict our rate of growth. We lose out on the visibility and the reach that retailing through established marketplaces and multi-brand retailers offers. However, we believe that direct contact with our patrons allows us to prioritise customer experience and satisfaction”, says Khanna.

Although the founders denied disclosing revenue figures, Chand says that Tilfi is profitable and has a positive cash flow. 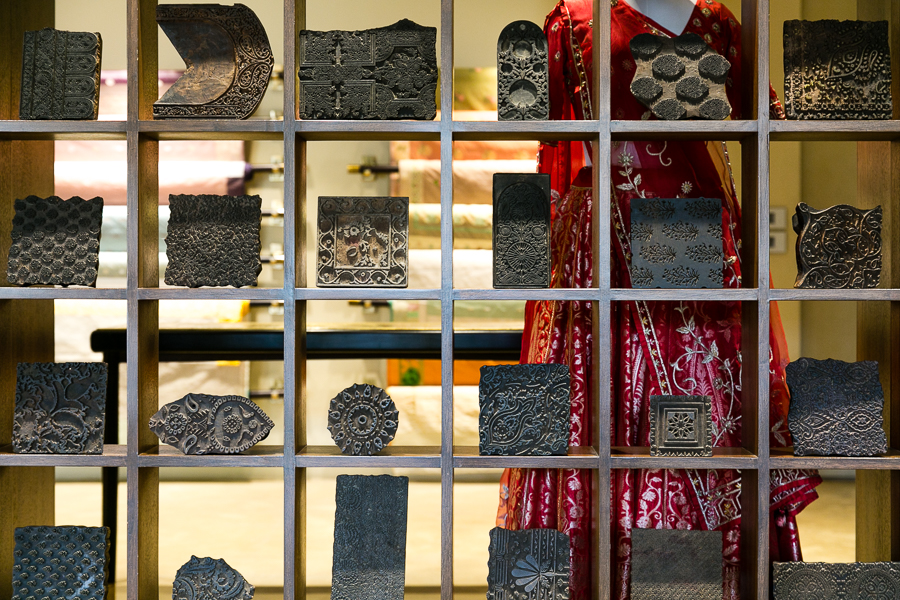 The brand has been bootstrapped since launch. “We started Tilfi by introducing capital that we had built over the course of our international careers. The majority of our initial investment went towards production and inventory prior to the website’s launch,” she adds. Since then, the founders have been reinvesting profits back into the business and are able to fuel growth at present. “We are not looking at raising funds at the moment, but would be open to consider strategic partners with an aligned and long-term vision for the brand’s growth”.

Since 2016, Tilfi has served around 10,000 customers in over 30 countries. The brand has seen a repeat customer rate of more than 35 percent and an average order value in excess of Rs30,000. Almost 99 percent of Tilfi’s revenue comes from the website. “We have achieved this without ever having run sales, discounts or offers, and with a return rate of less than 0.5 percent”, says Khanna. Over the last four years, the brand has had a Compound Annual Growth Rate (CAGR) of close to 55 percent. Tilfi’s customers, claim the founders, include some of the world’s leading leaders in business and government, royal families, senior dignitaries, as well as arts and textile connoisseurs. 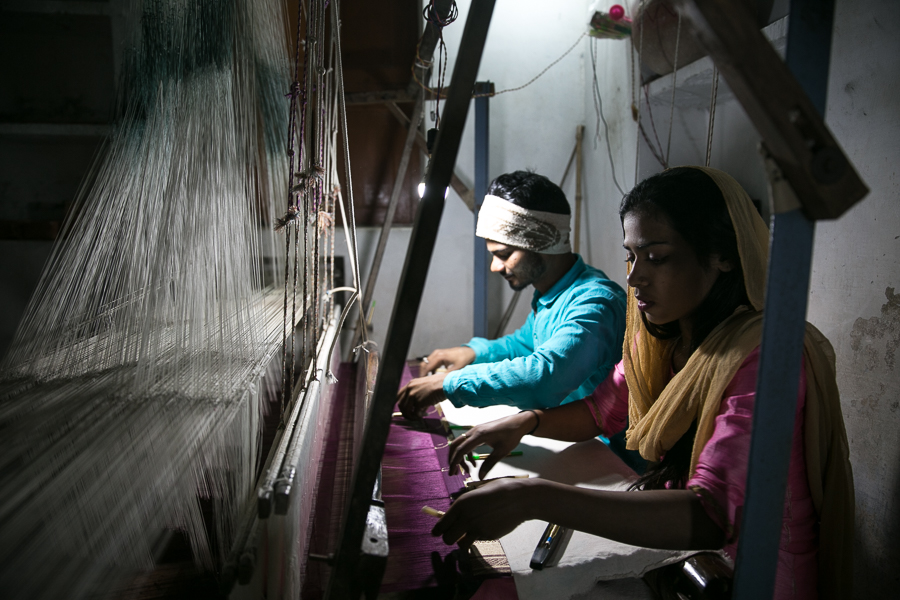 The young weavers at the loom are a couple, Mushtaq Ali and Madina Bibi, both late teens, working from the loom pits in their cluster of homes - they are a joint family  - in Cholapur, on the outskirts of Varanasi. They come from a family of generations of weavers
Image: Madhu Kapparath

The founders of Tilfi believe that their constant challenge is to innovate and create something new while doing justice to a design language that has been perfected over centuries. “Our ambition is to keep pushing the boundaries of our craft and the skills of our artisans, while staying true to the quintessence of Banarasi craftsmanship”, adds Chand.

The Banarasi handloom textile industry has gone through many ups and downs over the years. It cannot be overlooked that there has been a steep reduction in the number of artisans in the craft of hand-weaving. Today, craftsmen for certain rare weaving techniques are extremely hard to find and are reducing every day. Khanna agrees. “The proliferation of power-loom and misuse of the term ‘Banarasi’ poses challenges to those in the industry who do not adapt to new realities”, he says.

The founders want to reinvent their heritage and take it to the world. “In keeping with our efforts to reimagine the heritage crafts of Banaras, we are also exploring the art of metal repoussé, another GI craft with roots in our city,” says Chand. In the future, Tilfi plans to push this traditional craft in new directions by expanding beyond clothing to even artisan-crafted items and objects.