Cello: Back after a lunch break

How Cello Group, one of the biggest plastic and glassware makers in India, rode the crisis on the back of their diverse portfolio

Gaurav Rathod went on a lunch break last March. He doesn’t remember the last time he took so long to finish his tiffin. He was not alone, though. Post-lockdown, the entire nation took an unusual break. Schools got closed, offices shut down, and everything came to a screeching halt. “Everybody stopped carrying tiffin boxes,” recalls Rathod, director of Cello Group. Even water bottles and steel flasks disappeared from the view. “Hydration—water bottles, and flasks of all kinds—is our biggest revenue churner,” adds the third-generation entrepreneur who joined the family business seven years ago. A prolonged shutdown of schools, colleges and offices only meant one thing for the group which had an overwhelmingly strong offline presence across 50,000 retail network and 600 outlets: Massive trouble. Back in 2013—the year Rathod joined the family business—there was apparently trouble of another kind. Cello Group had spread itself wide: From plastic and steel houseware to writing instruments, moulded furniture, and bubble guard sheets. The young entrepreneur carried ahead the legacy of the company, which started in 1967 by making PVC footwear and bangles. Rathod started kitchen appliances in his debut year. Four years later, he ventured into the glassware business. Though by 2017 the company had exited the pen business, to an outsider, the group looked confusing: Too many products, categories and divisions. To Rathod, though, it always made sense to have a diversified presence. After all, Cello, he underlines, is perceived as a homeware and household brand. So one has to be present across materials and segments. “Everything had perfect synergy,” he adds. Cello went on to add air coolers and cleaning products over the last few years.

Cut to January 2021. Schools and colleges are still closed. Offices are yet to be back to normal. Yet Cello’s lunch break is over. Reason: A deep presence in other categories helped it tide the crisis. “We were never a plastic brand or a steel brand,” says Rathod. “Being a household brand helped,” he says, adding that the business is back to 70 percent of pre-Covid levels. If bottles, tiffin and flasks struggled, then opalware (dinner sets) and cleaning segment came to the rescue. “Cleaning grew five times for us. This is fantastic,” he says. Cello group, he claims, closed the March-ended fiscal 2019-20 at a revenue of Rs 1,500 crore, a tad more than the last fiscal when it clocked Rs 1,450 crore. What the extended lockdown also meant was that people started taking a hard look at crockery. “Old was discarded, and new was bought,” he says. Storage containers, he underlines, too chipped in terms of sales. The rebound, clearly, would not have happened had the group not invested and carried on with the strategy of having a deep, wide and horizontal presence across household categories. “Imagine being confined to just a few categories. It would have been a disaster,” he says. 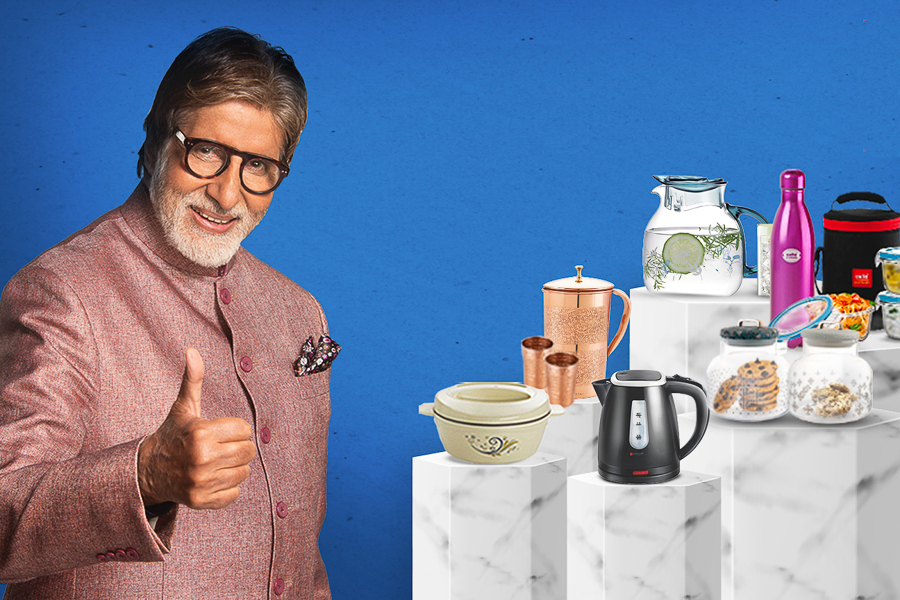 Cello group signed Amitabh Bachchan as the brand ambassador in October 2020 At times, the past, reckon marketing analysts, helps a brand survive the present. Cello, underlines N Chandramouli, CEO at brand rating and consumer analytics company TRA Research, is one such example. While surviving 2020 is the likely title of a potential bestseller many corporate leaders would like to read, often the answers lie in the past, and not in the present. Cello would have got a chapter in this hypothetical book, highlighting what they did right in the decades that preceded 2020, which helped them go through the year with relative ease as compared to many others. “Their businesses of pens was successfully sold to BIC, which gave them sufficient and well-preserved reserves which proved to be their vaccine against the coronavirus impact,” he says. Diversifying at the right time, and with the right set of products, also helped. Even when their largest product category of hydration bottles suffered with schools and colleges remaining shut, and sportspersons not venturing to the grounds, Cello’s product mix kept them in business. “Plastic made them, but staying elastic helped them survive,” says Ashita Aggarwal, marketing professor, SP Jain Institute of Management and Research. It’s not easy for any company to have the same level of intensity and focus across so many categories. “They managed to do so beautifully,” she says, drawing an analogy with mutual funds. When the markets is choppy, experts advise people to bet on mutual funds, which have a diversified portfolio. The idea is simple: You are hedging your risk. Cello, she points out, too hedged the risk by building too many moats. 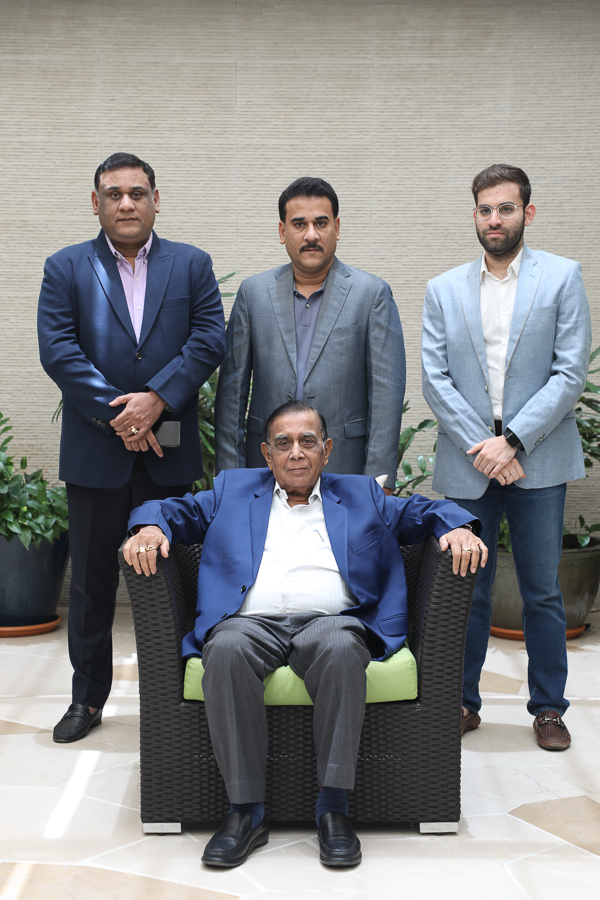 What also helped, and in a strong way, was having zero debt on the books. “That was a massive relief,” confesses Rathod. It saved the company, he lets on, from getting entangled on many fronts. Being cash rich, also played a part in surviving the initial few months. While April and May were a complete washout in terms of production, June too was not great in terms of restarting manufacturing. Keeping a firm foot on the ecommerce pedal also helped: Online sales have increased from five percent in 2019 to 15 percent now. ‘Thanks to the pandemic, the kitchen and homeware segment exploded after the pandemic,” he explains. The big focus this year, Rathod stresses, would be penetrating deeper into rural India. “That’s where a massive headroom for growth lies,” he says. “Just double down. It’s simple,” he says.

Though it might look simple, going deep into the hinterland has its own set of problems. Rathod, though, doesn’t want to think deep. Reason: At times, it pays to keep things simple. “We tend to complicate things. It pays to just go with the flow,” he says, adding that the group has stayed disciplined and focussed. During such an unprecedented crisis, he explains, what helped most was having a simple mind set of not trying too hard. “When things are not under your control, you just need to ride the storm,” he says. “We did that.” The lunch break is over.

Tweets by @forbesindia
WhatsApp fallout: Who's flocking to Signal, Telegram
I am the David going against the Goliath that I created: Brian Acton of Signal