How we survived: Lite Bite taps into opportunities in a crisis 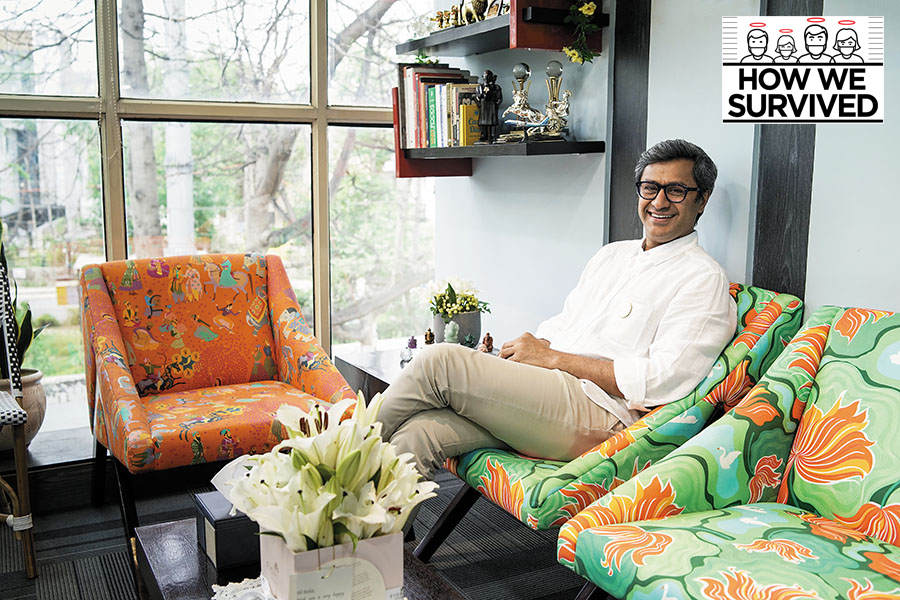 Rohit Aggarwal, director, Lite Bite Foods, says crisis also brings in its wake an opportunity
'How We Survived' is a series of stories on businesses—big and small—that innovated or pivoted during the coronavirus crisis to survive. For all the stories in this series, click here
Crisis, of any kind, is cruel. Covid, unfortunately, has been the cruelest. “It’s the mother of all crisis,” rues Rohit Aggarwal. The pain in his voice is palpable. “My mother is from Kerala, and Zambar—a South Indian and coastal cuisine brand—is close to my heart,” says the director at Lite Bite Foods, one of the largest food and beverages (F&B) companies in India which owns a battery of restaurant brands such as Punjab Grill, Zambar and The Artful Baker.

The pandemic not only brutally hit the F&B business, but it also made Aggarwal’s heart bleed. “It’s not a scalable product. It has limited takers and we are not expanding it now,” he says, alluding to the Zambar brand, which at one point had six outlets, but has shrunk to one now. For somebody who travelled extensively with chefs across Kerala to gather ingredients to ensure authentic taste to the diners, Zambar—first opened in 2010—might soon don a new avatar. “We could have a Zambar tiffin’s menu—idli, dosa and sambhar—from the cloud kitchen,” says Aggarwal, as he gets down to give Lite Bite Foods a makeover post-pandemic. ‘Keep it simple’ is the plan.

For a company that started in 2002, the realisation that more is not necessarily good has been the biggest pandemic takeaway. Lite Bite has started shedding flab. Asia 7, a casual dining restaurant format, has been done away with; YouMee, an Asian cuisine brand, is off the radar; same is the case with fine-dining European brand Tres. “We have narrowed down our focus on a few brands,” says Aggarwal. The ones that will be expanded, he lets on, are those with potential for scale, such as Punjab Grill, Street Foods by Punjab Grill and Asia 7 Express. “These are tried-and-tested brands,” he says. While Punjab Grill has 22 outlets, the combined strength of Street Foods by Punjab Grill and Asia 7 Express stands at 63 across eight states. The plan is to make a cookie-cutter model of the three brands, and scale it up. “Sharp focus is the key,” he says.

At the beginning of the lockdown, focus was conspicuous by its absence. With restaurants shutting down, Aggarwal and his team were groping in the dark. All kinds of options emerged. ‘Should we start delivering groceries?’ asked one of the team members. ‘Why not deliver medicine?’ came a suggestion from another. ‘Herbal medicines can also be looked into’ was yet another idea. Aggarwal, thankfully, got back to the basics.

Getting lean and mean became the new mantra. Excessive manpower at restaurants was cut; menus were trimmed; and the ordering mechanism for ingredients was streamlined. Monthly meetings are now a relic of the past. Weekly meetings and monitoring daily progress is the new normal. “The business is now 45 to 50 percent of pre-Covid levels,” says Aggarwal.

Equally challenging was getting into delivery mode. For a hardcore dine-in F&B company, delivery emerged as a alien animal to be tamed. Working closely with online food delivery aggregators Zomato and Swiggy taught Aggarwal and his team the science behind delivering. “We had mastered the art of cooking. Now we learnt all other algorithms,” he says. The dynamics have changed. In a restaurant, a customer can wait for some time for the food to be delivered.

Cut to a ruthless delivery world, where the customer is impatient. “Since we prepare fresh food, we quickly needed to crack the new game,” he adds. “Butter chicken jaldi pack karo aur bhejo time pe (Quickly pack butter chicken and send it on time) became the new war cry. For Punjab Grill, deliveries now make up over 40 percent of the business. Compare this two to three percent before March 2020.

Lite Bite is also trying to crack
the business of cloud kitchens. Though late in the game, Aggarwal backs his team to emerge a winner. “We stand a good chance,” he says. Lite Bite first opened a cloud kitchen in September 2020 in Delhi. Subsequently, it rolled out three more across Mumbai and Delhi-NCR by December. The plan is not only to open one cloud kitchen every month for the next three years, but also roll out some cloud-kitchen-only brands such as Begum Noor Jahan Biryani, Rolls & Parathas, Meal in a Bowl and Thali on the Go. The strategy also is to shift some of the restaurant brands to a cloud kitchen format. Such formats, Aggarwal explains, give flexibility in trying out different cuisines and menus without incurring heavy operational costs.

Lite Bite, reckon industry experts, is making the right move by pivoting. “It makes eminent sense to scale down the number of brands and focus on the core ones,” says KS Narayanan, an F&B expert. The going, though, might not be easy. “Brand building is the key,” says Narayanan. He explains. The pandemic has instilled a sense of fear in consumers’ mind, and brand credibility has taken precedence. “A strong brand differentiator assures consumer safety,” he says.

New brands for cloud kitchens can be created, but unless a strong differentiation is created, and delivered on a consistent basis, it will be yet another brand name in the plethora of brands that already exist, forewarns Narayanan.

Aggarwal is aware of the pitfalls. “We’re putting a different team for the cloud kitchen business,” he says. What is also being put together is a strong tech support and data analytics team. The present set, he explains, does not have the mindset suited for the cloud kitchen business. “It’s a new learning, and it has to be learnt very fast,” he says. Crisis, he underlines, also brings in its wake an opportunity. “It feels great to be light,” he smiles, alluding to the new move to focus on a few brands. A light bite, and light at the end of the pandemic tunnel, are the need of the hour.
'How We Survived' is a series of stories on businesses—big and small—that innovated or pivoted during the coronavirus crisis to survive. For all the stories in this series, click here