Do pixels have a taste? Coca-Cola believes so 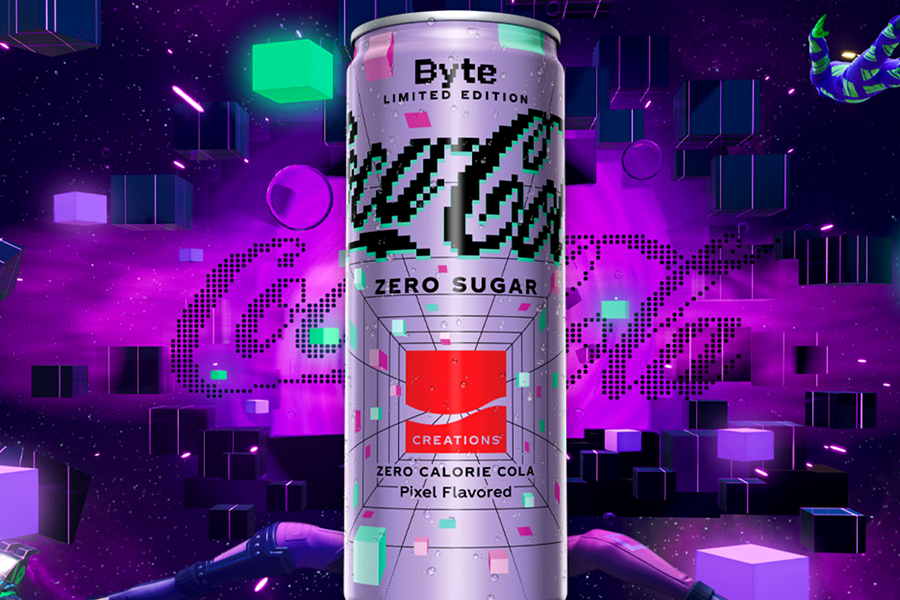 It might have seemed like an April Fool's Day prank, if we hadn't passed the said date. But it's real: Coca-Cola decided to bring into our world a drink that the brand had originally created for the video game "Fortnite."

Cherry, vanilla, orange, even apple... Coca-Cola has provided its fans with a wide variety of flavors over the years, but the one that is about to hit the shelves is most unusual. Revealed by the CNN website, the flavor does not refer to any particular ingredient, but rather to a rather abstract element, particularly in the world of food: the pixel. Beyond the communication coup that this move represents for the American giant, the announcement of this launch indicates how much everything that comes from the virtual world is trending.

Initially, this drink was created to be part of the game "Fortnite" and was named after an unseen island, Pixel Point. In the real world, the soda is called "Coca-Cola Zero Sugar Byte." If the flavor seems vague and hard to identify, we do know that the drink is one of the brand's sugar-free offerings, according to the animation posted on the brand's Twitter account.

For Coca-Cola it's not just a publicity stunt. In fact, the brand is capitalizing on a new futuristic vision of its iconic soda by focusing on worlds that encourage the imagination. Last February, Coca Cola announced the release of a drink with "a taste of space." Called Starlight, this flavor has first rolled out in a limited edition in North America, just like Byte. Of course, it has been perfectly packaged in a can with all the space vibes, stars and flashy colors.

Tweets by @forbesindia
Auctions are a new way to discover organic wines
To get ahead, female leaders can embody many qualities – Except one