Throwback: How Thums Up defended against a global giant

Earlier this year, Coca-Cola Company-owned Thums Up turned into a billion-dollar brand as it repositioned for a new generation of consumers. But it was decades of toofani that gave the brand its thunder 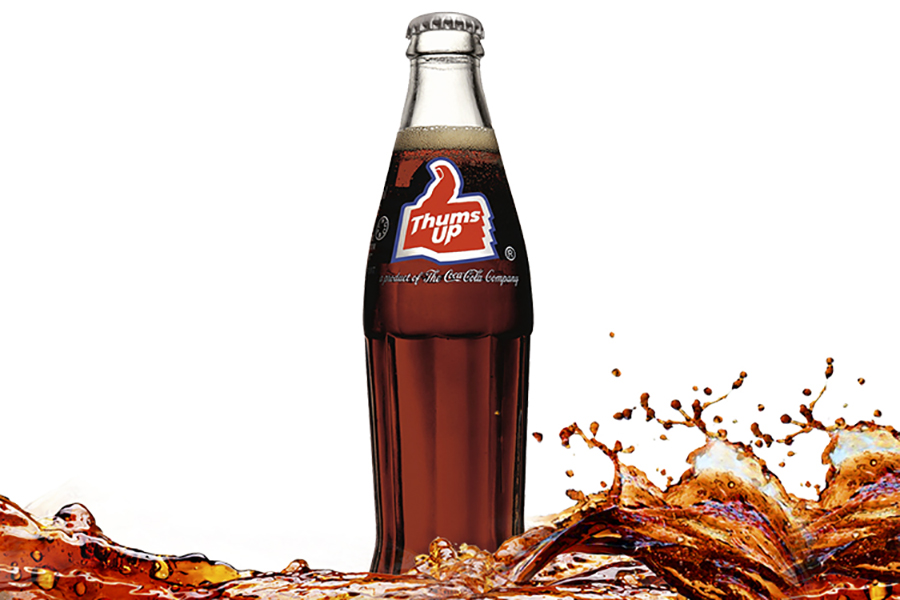 The call was to move Thums Up away from the teens having fun to renowned action-driven men who would go to any extreme to sample the intense taste of Thums Up.

Indian economic liberalisation policies of the 1990s ushered in many international companies wanting to explore the Indian market with their brands. There was more competition and fear that local brands may suffer. However, some brands were able to carve a niche for themselves. This is the story of one such iconic brand, Thums Up.

Thums Up and the need to change

The earlier campaigns: “Happy days are here again with Thums Up”, followed by “Food, Friends and Thums Up” and “The Refreshing Cola” had done their part. Thums Up was at the crossroads again. Things needed to change with Pepsi on the way.

The drink, Thums Up, is more carbonated, stronger, and less sweet than the rest—a masculine/manly taste. The call was to move Thums Up away from the teens having fun to renowned action-driven men who would go to any extreme to sample the intense taste of Thums Up.

Evolution of “Taste the Thunder” campaign: The eureka moment

Ashok Kurien of ad agency Ambience, who handled advertising for the brand, was stuck creatively. What campaign would help Thums Up stand up to the onslaught of the global juggernaut, Pepsi? Exasperated, he reached out to his friend, Bugs Bhargava Krishna, who was working in Contract Advertising and shuttling between Bengaluru and Mumbai.

Ashok briefed Bugs on the issue. Bugs went back to Bengaluru and drank many bottles of Thums Up. He liked the ‘hit’ which Thums Up gave after every drink. At the Bengaluru airport, while returning, he was having yet another Thums Up, and a strong burp hit him resembling a more thunderous bellow! Just then, a Bengaluru summer storm hit. The rumbling in the sky sparked the fact that drinking Thums Up was like tasting thunder. He wrote the line on a napkin and kept with it himself.

He met Ashok the next day and before presenting the line, was building his case. The impatient Ashok said, “ F&^% the preamble, just tell me the line”. Bugs gave him the napkin. Ashok read it, kept quiet, and finally blurted out “you ba@$^#%, you have done it!"

And then they got drunk in celebration.

The story behind the “Taste the Thunder” campaign

The following evening, they met again with Elsie Nanji (co-founder and creative director) and her husband Hossi Nanji, who composed the Thums Up jingle. They discussed many ideas for the television commercials and finally came up with six ideas for the launch of the campaign. It was lifestyle advertising, but not too much, more a way of life.

The stories revolved around situations where Thums Up was the winner. Which also tied to thunder as a round of applause. The team at Parle (who owned brand Thums Up) was not convinced though. They questioned how a sound can be tasted. But Ramesh Chauhan of Parle decided to go ahead with the recommendation from Ambience.

Shantanu Sheorey, a popular photographer, had recently entered film production, and he filmed the commercials. A secret not known to many is that Ashok wrote the Hindi translation—Toofani Thanda.

Ambience knew that Pepsi would follow a certain formula and adapt what works internationally. So Ashok studied Pepsi’s tactics and decided to pre-empt them in India. Thums Up took the following actions:

1. Since Pepsi was the ‘The Choice of the New Generation”, they signed up Salman Khan for 10 years.
2. They did a taste test between Pepsi and Thums Up using Pooja Bhat, and she selected Thums Up.
3. Since Pepsi leveraged Top Gun for its advertising, Thums Up used the IAF fighter jets for a Top Gun-like television commercial.

Legacy of the campaign

The Thums Up campaign was so successful that the brand not only survived Pepsi’s entry into the Indian market but continued to maintain its market leadership.

Many years later, Bugs was working with Saatchi & Saatchi and was in London. He went to a pub and was introduced to an old gent and a young man. The older person was from McCann and was interviewing the young man.

Bugs offered to excuse himself, but he was asked to stay. After the interview, the talk turned to India. The young man had visited Goa recently. Talking about India, the older gent mentioned the problem McCann had in India. “There’s this bloody homegrown brand of Cola, that is giving Coke hell in India. The brand just has too much traction. Has a line ‘taste the thunder’ and the drinkers won’t change for anything”

Bugs diffidently said he wrote the line. On hearing this, the older gent got up and shouted to everyone in the pub. This is the guy giving us all the trouble in India, all the drinks are on him (Bugs) today.

Thums Up is an example of a local brand that managed to stay relevant, and even thrive in the face of global competition.

Subodh Tagare is an Associate Professor at IMT Nagpur, where he teaches courses on marketing. Prior to IMT, Subodh was the marketing director at American Power Conversion/ Schneider Electric for South Asia.
S Vejay Anand consults with organisations on business strategy and marketing. He has also been an entrepreneur in the food and pet care spaces. Earlier he was President at Coffee Day and COO at USPL.

Tweets by @forbesindia
Simply Speaking: Colours are a product of the mind, not of reality
Unwed and unwanted, Chinese single mothers fight for rights