Millions of single mothers have it rough in China where out-of-wedlock births are frowned upon, and where only married women can claim maternity benefits 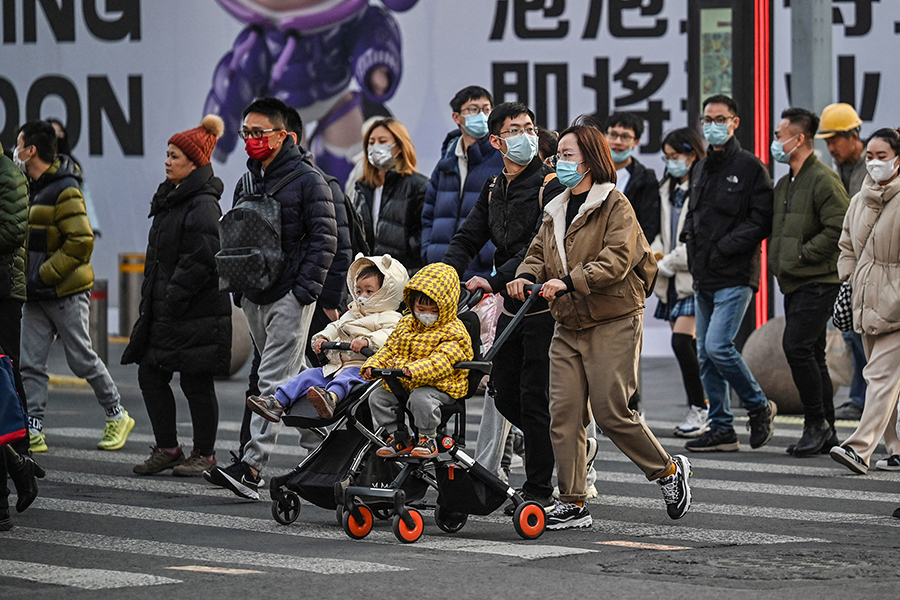 The Chinese government in 2016 scrapped its longtime "one-child policy" and began encouraging citizens to have more children as the birth rate drops in the world's most populous country. Image: Hector Retamal / AFP

Li Meng is a devoted mother trying to support her two-year-old daughter, but in the eyes of Chinese society and the state, she is almost a second-class citizen.

Millions of single mothers like her have it rough in a country where out-of-wedlock births are frowned upon, and where only married women can claim maternity benefits.

Li, a Shanghai resident, got pregnant with her boyfriend, but he left her to raise the child by herself.

Ineligible for maternity leave because she was not married, she had to quit her job in real estate to take care of her baby.

"There was a lot of resistance (to having the baby). My mother said I was crazy," said Li, who used a pseudonym to avoid being further stigmatised.

"She thought it was unacceptable for a traditional family in China."

The Chinese government in 2016 scrapped its longtime "one-child policy" and began encouraging citizens to have more children as the birth rate drops in the world's most populous country.

But benefits such as several months of paid maternity leave and medical coverage are still reserved only for married women.

When Li tried to secure her maternity rights, she was stymied by her lack of a marriage certificate, forcing her into an exhausting quest that bounced her between multiple government agencies.

"It's like they're kicking a football between each other," she said.

A 2019 report by a government-affiliated research institute estimated China had more than 19 million single mothers, including divorcees and widows.

They're stuck in a catch-22, said lawyer Dong Xiaoying, who has formed a legal support network for single mothers.

"There's no direct law stating that having a child out of wedlock is illegal... but it also doesn't explicitly say it is not illegal," she said.

This puts women at the mercy of differing interpretations by local governments.

China's National Health Commission went as far as saying in 2017 that out-of-wedlock births were "against the public order and against good morals".

The experience of Wang Ruixi, an online advocate for single mothers who has a young daughter of her own, shows how they face more than just bureaucratic indifference.

After the outspoken 30-year-old last year expressed her pride online at raising her child alone, she faced a torrent of abuse on social media.

She eventually left China and now lives in Europe.

"I can take the discrimination and abuse," she said.

"But I don't want my child to grow up in such an environment."

Still, there are some flickers of hope.

Since 2016, children of single parents have finally been allowed to obtain the local household registration status crucial for gaining access to government services like schooling and healthcare.

The government has sought to promote marriage and child-bearing after China in 2020 saw its lowest number of marriage registrations in 17 years, partly due to improving educational and career options for women.

China's national legislature met in Beijing earlier this month, with at least two members calling for measures to help single mothers, but it is unclear whether they will gain any traction.

A fundamental cultural shift is needed, said Dong, and "it's impossible to change all at once".

Yu, a 37-year-old single mother in Shanghai who declined to give her full name, has a two-year-old son.

Yu split up with the boy's father after he told her to "disappear" when she asked him to help support their child, she said, tears streaming down her face.

Raising the boy by herself, she has waged a fierce but futile fight for maternity benefits.

"Everything I did has been useless," she said.

Local authorities even called her boss to complain about Yu's persistence, but she is undeterred.

"We should fight for (our rights) so at least we don't have regrets," she said.

Many women have found inspiration in the family story of Chinese-American freestyle skier Eileen Gu, who became a sensation in the country with her gold-medal performance at last month's Beijing Olympics.

Her mother Yan Gu, who raised Eileen herself, has become a model for Chinese single mothers, drawing praise online as an example of the successful children they can raise.

Yu said she has friends who have nuclear families, as well as gay couples and heterosexual partners who have chosen not to have children.

"All of these family structures should be seen as normal," she said.

Tweets by @forbesindia
Throwback: How Thums Up defended against a global giant
After years of staying away, Maruti Suzuki is now desperate for electric mobility play