Marketing and branding: How to build a strong brand identity

What separates Domino's from Pizza Hut, Thums Up from Coca Cola, Nike from Adidas? How do you make your brand stand out? Find out here 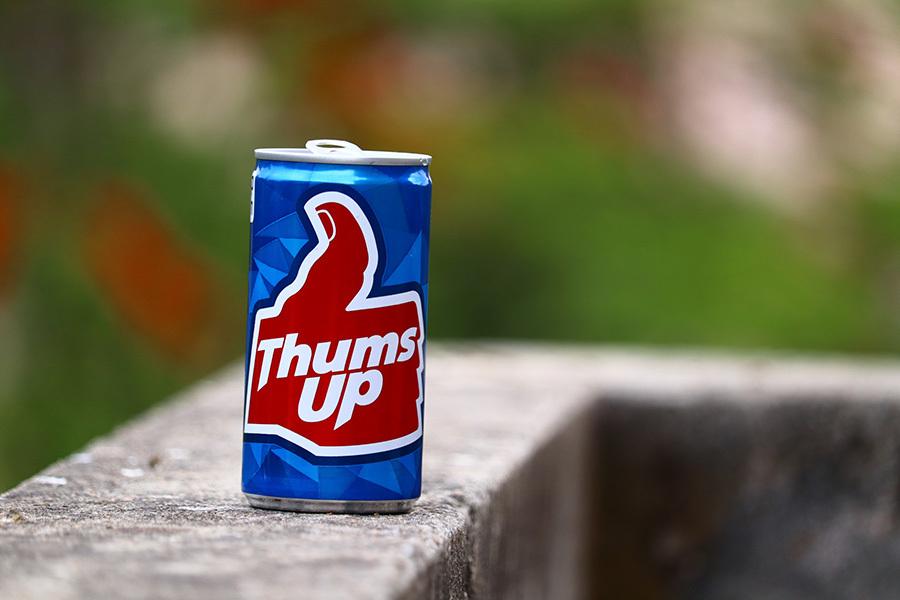 Thums Up's identity has been built to reflect a bold, confident, adventurous, and masculine personality

How does a brand stand out in a highly competitive market?

Mainly through differentiation that is relevant to its customers. Many people think differentiation is limited to offerings (products and services), but as competition increases, a brand's ability to differentiate itself only on the basis of offerings diminishes. The problem becomes more severe when there are multiple leading brands in a category. For instance, it would be difficult for many people to differentiate between McKinsey and BCG, Nike and Adidas, Harvard and Wharton based on their offerings.

Interestingly, if a strong identity can make a brand, a confused identity can destroy a brand. Do you remember Yahoo?  Once upon a time, it was the most influential internet company in the world. It had brilliant brand visibility, talent, cash, and products, but it lacked focus on its identity. A vague identity might not cost a brand as long as the competition is not powerful. But when competitors with more precise identities emerge, they take away the market share. In the case of Yahoo, one after another, new internet players such as Google, Facebook, and YouTube emerged. Gradually, the market shifted to new players, and Yahoo lost its dominance and advertising revenue. Let's have a look at the factors that contribute to building a brand’s identity.

Directional elements: When a company knows what its brand stands for and where it is going, it can focus its resources and talent in a clear direction. Great companies use purpose, vision, and mission to drive, align and guide their decision-making process. Since its early days, Google stayed committed to the mission crafted by its co-founders Larry Page and Sergey Brin. On the other hand, Yahoo kept changing its mission in the boilerplate of its press releases. Perhaps, the confusion on what Yahoo is and why it does what it does lead to its downfall.

Culture and values: Values define employees' behaviour and help shape the workplace culture. Employees design and deliver customer experience. A toxic culture can reduce employees’ enthusiasm. In contrast, a positive culture can motivate employees. If you look at Zappos in terms of its business, it’s just another e-commerce company selling shoes and clothing. However, Zappos is looked upon as a role model and receives tremendous word of mouth due to its popular culture, values and customer service.

Competitive advantage: Competitive advantage makes a brand better than others at something. For decades, Gillette has ruled the market of razors. The kind of brand awareness, R&D budget, variety and distribution Gillette has, no other brand in the razor category would have. However, Dollar Shave Club transformed the industry's traditional business model through its online subscription model and significantly lower pricing. Besides, online brands go directly to the customers and can collect data not directly available to traditional brands sold through intermediaries. With its new business model, Dollar Shave Club created a new place for itself in people's minds and took away some market share from Gillette.

Leader’s reputation: People associate the identity of a leader with the brands represented by him. For instance, professor Philip Kotler is recognised as one of the world's leading marketing thinkers. He has taught at the Kellogg School of Management for over 50 years. Perhaps, due to the popularity of leaders like Kotler, MBA aspirants associate Kellogg School of Management as a go-to place for marketing programs.

Visual elements: Visual elements such as logo and colour help people associate with a brand. Any change in visual elements creates the perception that the brand has changed. For instance, in 1991, Kentucky Fried Chicken rebranded to KFC to drop the word ‘fried’ from the name as people were becoming health-conscious. In 2011, Starbucks unveiled a new logo without the word ‘coffee’ because the company’s expansion goals went beyond coffee.

Value proposition: Value proposition is a differentiated value the specific target audience can get from your offering. For instance, both Ola and Zoomcar serve customers without cars, but they have a different value proposition that leads to separate identities. Ola provides a car with a driver, and Zoomcar provides one without a driver. People who don't want to drive themselves would prefer Ola. However, people who wish to drive themselves and don't want to share their privacy and one seat with a driver would prefer Zoomcar.

Associations: A brand’s perception is defined by its associations. Suppose a brand is used by and endorsed by influential people, covered by reputable media, recognised by renowned industry analysts and backed by marquee investors. In that case, its perception would elevate in its target audience's minds. For instance, in 1980, Microsoft, then a startup, formed a partnership with IBM, then a market leader, to bundle Microsoft's operating system with IBM computers. This association played an instrumental role in elevating the perception of Microsoft in the personal computing industry.

Communication: We live in an era of short attention spans. It doesn’t matter how good your product is, if people don’t understand the specific value they get, they move on. Steve Jobs mastered the art of communication. While launching iPod, he pulled the product out of his pocket, and the slogan: "1,000 songs in your pocket," made the product memorable. He called MacBook Air the world's thinnest notebook. Significant media channels widely shared the picture of him pulling the product from an envelope. Both these products stood out in the market because of communication.

Brand identity is a collection of thoughts people carry around a brand in their minds. The collective impression made by the above-mentioned factors defines a brand’s identity in people’s minds. According to Harvard Business School professor Gerald Zaltman, 95 percent of our purchase decision-making occurs in the subconscious mind. Subconscious mind stores beliefs, previous experiences and memories. If people subconsciously think a brand is different and better, they don't go deep into features and facts. Also, people get emotionally connected with a brand that makes them feel proud of their choice. Therefore, a brand that establishes an appealing identity in its target audience’s minds can become a preferred choice and achieve desired growth.

8,049
Thank you for your comment, we value your opinion and the time you took to write to us!

Tweets by @forbesindia
Prev
Is preaching to the choir bad marketing?
Next
'Direct To Consumer': What does it take to succeed on the D2C bandwagon?