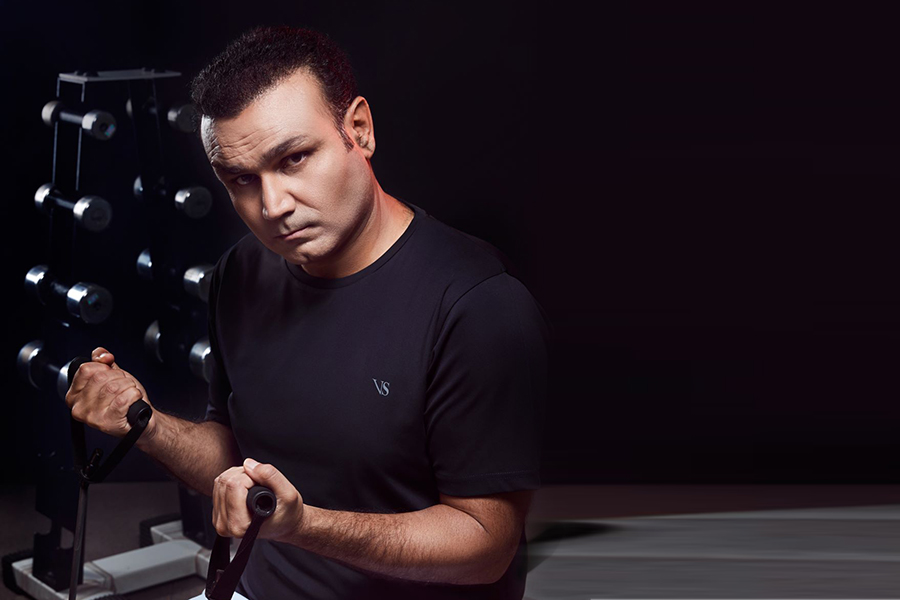 Cricket legend Virender Sehwag’s athleisure line VS by Sehwag has announced its online foray with an eye on 5 million customers by 2026 and Rs 100 crore revenue through multi-channel retail in the next three years. At present, the brand has four exclusive outlets—three in Ahmedabad and one in Vadodara—and six distributors.“We are launching vsshop.in due to the expansion of digital and ecommerce during the pandemic. We want to expand our stores to other cities as well, hence we opened online to acquire more customers,” says Sehwag.    According to a recent report by Redseer, a management consultancy firm, the online market is expected to log a 45 percent jump in overall sales, its biggest year-on-year growth, up to a gross merchandise value (GMV) of $55 billion from $38 billion last year.While VS by Sehwag was launched last year with 50 SKUs, the online rollout will see 35 to 40 SKUs, focussing on the quality of the products. VS wear—a collection of track pants, T-shirts, jackets and shorts—and cricketing gear, including bats, gloves and pads, will be aimed at the mass segment, with affordable pricing as its USP. “When you buy gear and equipment, you would want to buy the best one, but it is usually out of your reach. That’s why I started the brand, with the idea of providing international-level quality at a lesser price,” adds the former opening batter.   VS’s range of garments, available in six solid colours, has been priced between Rs 499 and Rs 1,099, while the cricketing equipment is placed in a slightly higher price bracket, with the cost of a bat between Rs 10,000 and Rs 15,000. The brand is present on mobile web and desktop, and will integrate with leading ecommerce platforms over the next three months.India’s first triple-centurion in Test cricket believes his credibility and equity will help his brand stand out in a crowded and competitive athleisure retail market. “Because I played cricket for India for at least 15 years, people can trust me and, subsequently, the brand, and I will deliver the quality,” says Sehwag.  The brand launched its first exclusive store in Ahmedabad in March 2020, five days before the national lockdown was announced. It now has four outlets and, in the next month and a half, will come up with six stores across tier 1 and 2 cities. “We are targeting a pan-India audience, hence online is the right way to go for us. Now everyone has a smart phone,” adds Sehwag. “In the future we will open in the metros, and Delhi, Mumbai, Kolkata, and Bengaluru will have a store each, but at the moment it’s easy to go pan-India through tier 1 and 2 cities.” VS By Sehwag is a joint venture between Sehwag-owned World of Viru Pvt Ltd and Stitched Textiles Pvt Ltd, an apparel retailing company.