KFC's 'zinger' burger has its time in the spotlight, having found its place in wax at the museum's New Delhi outpost 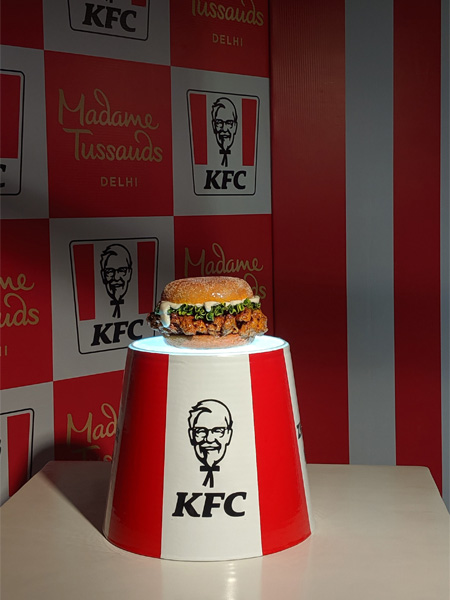 Can a burger become a celebrity? The popular KFC ‘zinger’ has now found a place at Madame Tussauds wax museum in New Delhi outlet, a larger wax version of the actual chicken burger, which is also the first ‘food astronaut’ to have travelled to the edge of space.

“The Zinger has been the star burger on KFC’s menu for two decades now. It isn’t just another burger, and, in fact, shares a lot in common with celebrities,” says Moksh Chopra, the chief marketing officer of KFC India. “It’s got real fans, has made headlines and is truly an original. It has even inspired tattoo artworks. So to unveil a figure of the zinger at the most popular attraction for iconic personalities, Madame Tussauds, was the obvious thought.”

Chopra says that in 2018 alone, KFC sold 10 million zingers. “That’s like a zinger for every person in New Zealand and Singapore.”

Madame Tussauds is known for its ultimate precision when making wax models. While the zinger figure is a larger-than-life version of the real burger, “but precision has gone into the actual shape of the burger and getting the specifics of the flaky chicken fillet,” says Anshul Jain, general manager and director, Merlin Entertainments India, which runs Madame Tussauds in India.

“While we partner with a lot of brands in India, this is the first partnership of this nature,” Jain adds.