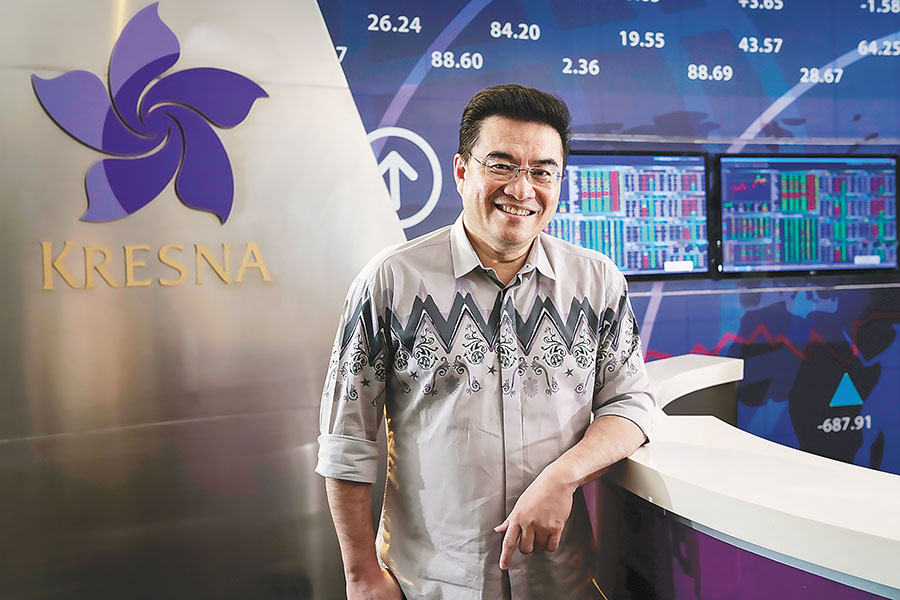 Kresna Graha Investama has catapulted onto Forbes Asia’s Best Under A Billion list on the strength of its transformation from a traditional financial services firm into one that also incubates and invests in tech startups. When the startup is ready to go public, Kresna can utilise its core strength in financial services to manage the IPO.

Founded in 2000, Kresna for many years offered only standard services such as investment management, securities brokerage and underwriting. In 2015, however, Kresna President Director Michael Steven reinvented the company with the establishment of its tech incubator and investment division Kresna Creativentures, which has now become the company’s growth driver. |

Last year, revenue surged 2.5 times to 7.2 trillion rupiah ($508 million), with 88 percent of that coming from Kresna Creativentures, while net profit rose 1.5 times to 729 billion rupiah. According to Steven, the company will continue to aggressively grow its tech business. It is targeting 8 trillion rupiah in revenue this year, with 92 percent of that expected to come from Kresna Creativentures. “We are very keen to invest in more digital businesses,” says Steven. For the first quarter of 2019, the company booked 2.2 trillion rupiah in revenue, putting it on track to hit its 8 trillion target. Kresna’s shares have risen fivefold in the last four years to a recent 555 rupiah, giving the company a market capitalisation of $715 million. 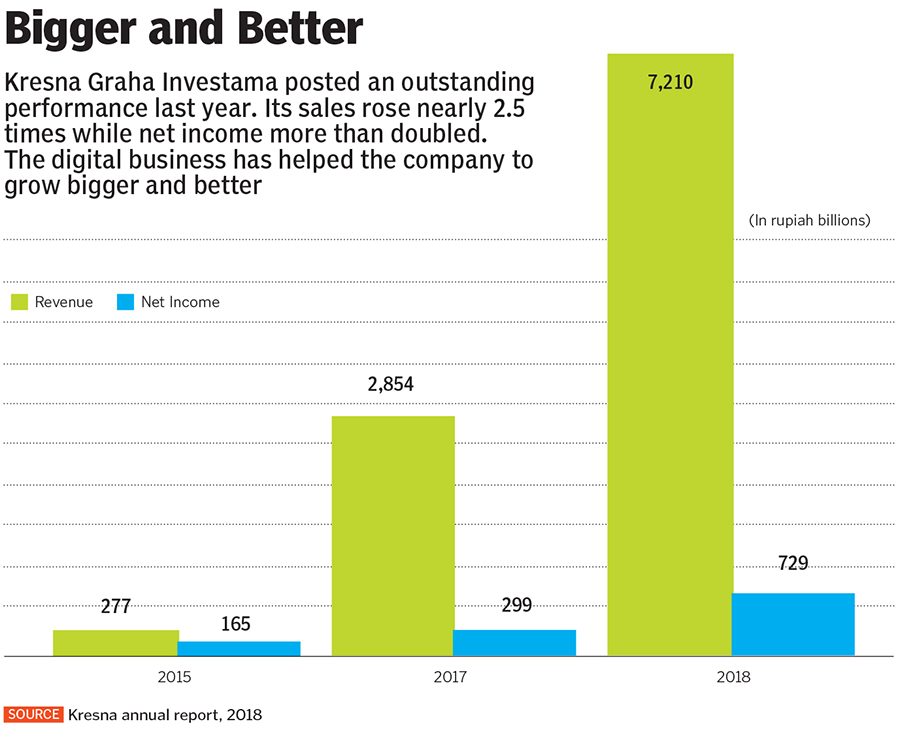 M Cash has 1,000 kiosks—each about the size of an ATM—in stores across Indonesia and aims to have 10,000 by the end of 2020. Kresna Creativentures invested an undisclosed sum in M Cash in April 2017 and it went public last year, becoming the second tech startup listed on the Indonesia Stock Exchange (after tech firm Kioson). The IPO raised 300 billion rupiah in a deal that was oversubscribed 10 times. Last year, M Cash’s sales soared threefold, to 1.3 trillion rupiah, while its net profit climbed from 2.7 billion rupiah to 8.6 billion rupiah. Kresna retained a 13 percent stake in the firm after it listed, now worth about $28 million.

This year, M Cash is aiming to book 8 trillion rupiah in revenue by expanding its services. “We are planning on providing toll road passes using the mobile phone app,” says M Cash Managing Director Jahja Suryandy. In addition, at least three subsidiaries of M Cash are planning IPOs this year, one of which is Digital Mediatama Maxima (DMM), a digital cloud firm. DMM aims to release 25 percent to 30 percent of its shares, and looks to raise 250 billion to 400 billion rupiah.

Kresna Creativentures has also made two investments into the Singapore-based fintech startup MatchMove Pay, the first in 2017 and a second in 2018. The startup offers cloud-based enterprise payment and banking solutions. Its banking operating system enables any mobile app or website to integrate and deploy full-featured banking-as-a-service. It has secured more than 50 corporate clients in Southeast Asia, India, Australia and Latin America within the past two years, supporting tens of millions of users across seven countries. NTT Docomo Ventures, a subsidiary of the Japanese telecom giant, joined Kresna as an investor in MatchMove in April (the stake bought and amount invested were undisclosed).

NFC, a subsidiary of M Cash, is a digital exchange hub company that provides solutions to inefficiencies in Indonesia’s telecom market. It also engages in online media and entertainment through OONA TV, a digital TV-streaming service, and in digital cloud-based advertising. NFC went public in July of last year, raising 300 billion rupiah.