How to pressure test your strategic vision

Learning to construct, debate, and communicate a logically valid argument is an essential pillar in making great strategy 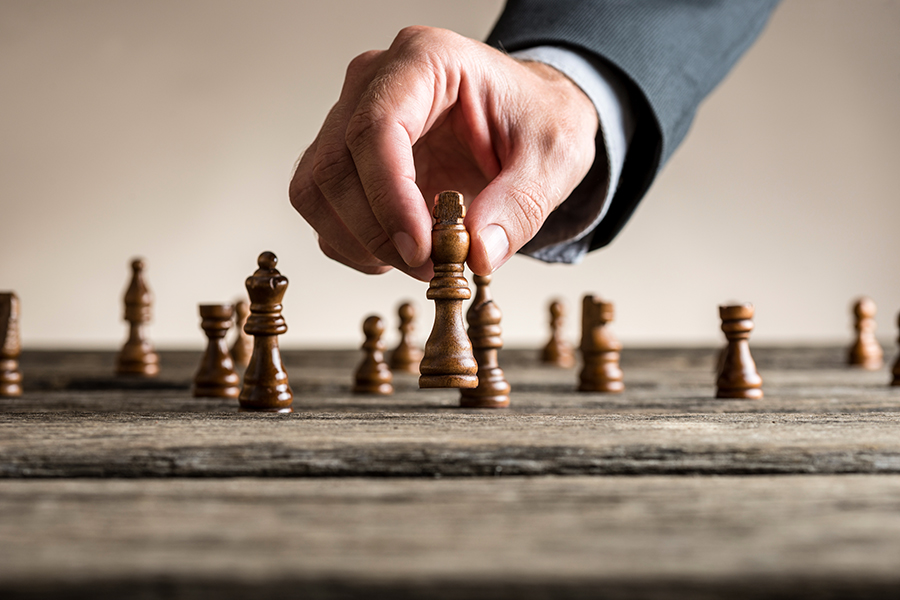 There is no shortage of advice regarding the art and craft of business strategy. Yet, in 2019, when the consulting firm Strategy& surveyed 6,000 executives, only 37% said their companies had well-defined strategies and only 35% believed that their strategies would lead to success.

Stanford Graduate School of Business professors Jesper Sørensen and Glenn Carroll peg this lack of confidence in the ability to make sound strategy to a dearth of critical analytical thinking. They find that the strategies that have driven the long-term success of companies such as Apple, Disney, Honda, Southwest Airlines, and Walmart are typically — and insufficiently — attributed to either an innovative vision or the fortuitous discovery of emerging opportunities. In their new book, Making Great Strategy: Arguing for Organizational Advantageopen in new window, they assert that neither explanation tells the whole story.

“To put it bluntly: Without reasoned analysis, neither vision nor discovery will lead to strategic success,” Sørensen and Carroll write. In their book, which grew out of developing and teaching strategy and organizational design courses at Stanford GSB, Sørensen and Carroll apply the logician’s tools to the creation of successful corporate strategy.

The Importance of Rigorous Logic
Executives need the tools of logic to construct a coherent and valid strategy argument, which Sørensen and Carroll identify as the common core in all successful strategies. They define a strategy argument as “an articulation of how a firm’s resources and activities combine with external conditions to allow it to create and capture value.” 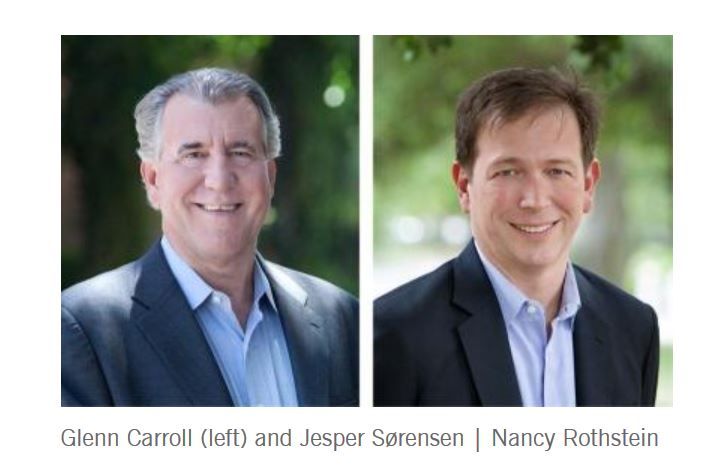 “We tend to venerate and celebrate strategic intuition, but intuition can always be wrong,” explains Sørensen. “Leaders need to buffer themselves against that possibility by being rigorously logical, too. Logic also is easier to communicate accurately than vision. If I articulate a grand vision for the future, you may be inspired by it, but how will you act on it?”

“There’s a distinction between talent and a skill,” adds Carroll. “Steve Jobs had a talent for envisioning the future that can’t be taught. But the skills needed to develop a logical argument that will reveal if the strategy being envisioned has holes in it or is missing things that you haven’t thought about — those skills can be taught.”

Accordingly, a strategy argument is an essential pillar of making strategy. “A strategy without this pillar collapses into a jumble of customer-empathy exercises, analytical insights, and market research,” the professors write. “Without this pillar of disciplined deductive reasoning in place, executives find themselves in a position of not really understanding what their strategies are.”

In Making Great Strategy, Sørensen and Carroll break the ability to construct and test a strategy argument down into three activities: visualization, logic, and debate. “We tried to think about this as a multifaceted challenge,” says Sørensen. “A lot of managers and executives don’t really know how to talk about strategy in a systematic way. We wanted to give them a set of activities or tools that would help them do that.”

Visualization
Visualization is a mapping exercise that enables you to show the links in the causal path that lead to a strategic outcome. “If we said that you must formulate a logical argument, it brings back bad memories of doing deductive proofs in high school or college,” says Sørensen. “But mapping is very easy and it’s collaborative. You get sticky notes and move them around a white board. It’s partly about lowering the barrier to entry, so to speak; it’s not unusual for people to go up to a white board and sketch out their argument.”

The professors advise starting with the destination (or conclusion) when mapping your strategy argument. When mapping Walmart’s strategy argument in the book, they start with Walmart’s end goal of having lower costs than its competitors. Then, they work backward to identify the set of conditions that enable the achievement of that goal. In Walmart’s case, one of those conditions is a bargaining advantage over suppliers, which tracks back, in turn, to a more granular set of conditions, including high-volume purchasing, a tough negotiating style, and private-label products. In this way the strategy argument is eventually revealed in its entirety.

Logic
Logic, the second activity, reveals the assumptions that underlie the links in the map you’ve constructed and formalizes the strategic path. It can be a time-consuming exercise of posing, testing, and refining premises and conclusions. “But in the long run, it’s quite useful,” says Sørensen. “Incomplete arguments are very common in business and in management talk. If you are going to decide to invest a billion dollars in something, you should be as rigorous as possible, and that means pushing yourself to surface the unstated assumptions that you are making.”

Sørensen and Carroll call out market leader Nokia’s inadequate response to the competitive threat posed by the introduction of Apple’s iPhone in 2007 as a failure of logic. Citing the device’s poor calling capabilities, Nokia’s strategists concluded that the iPhone would be a niche product. Their central assumption, left unchallenged, was that technical excellence in telephony would determine the winner in the mobile phone market, which turned out to be fatally flawed.

Debate
Debate, the final activity, challenges the assumptions that underlie the strategy argument, forces a consideration of alternative views, and cements buy-in. The professors sum up the proper focus of debate in the strategic mantra: validity today, soundness tomorrow.

“That mantra is really important because too often strategic decisions come down to power — they become about who has the upper hand,” says Sørensen. “When that happens, the people who lose walk out really frustrated because they feel like they didn’t actually get heard. It’s a terrible way to make strategic decisions, but that is how strategy gets done a lot of the time.”

Instead, Carroll says, the debate process should include a “suspension of disbelief” that provides the space to articulate alternative arguments and determine whether they are plausible — whether they have validity today and soundness tomorrow.

Organizational culture also plays a major role in a team’s ability to debate strategy in a constructive manner. “You need to have leaders who are not afraid of being wrong and who encourage people to speak up, but who also are not afraid to make decisions about the process,” says Sørensen. “Then, you can put it all out there. Everybody sees it and understands it and buys into it.”

Sørensen points to Intel’s “Disagree and Commit” practice, a cultural norm codified years ago by then-CEO Andy Grove that encourages executive and managers to vigorously challenge the consensus opinion, and then fully support whatever decision is ultimately made.

Sørensen says the tools found in their book are especially relevant as companies consider how to chart a course forward in this time of uncertainty and disruption. “The pandemic has shocked a lot of organizations,” he says. “The deep, unquestioned assumptions in business models in many industries have proven to be flawed or false. Leaders have to figure out if their strategies need to be changed to succeed in the future.”