During corporate takeovers, buyers often tailor their public statements to drive down the price of takeover targets, a new study shows 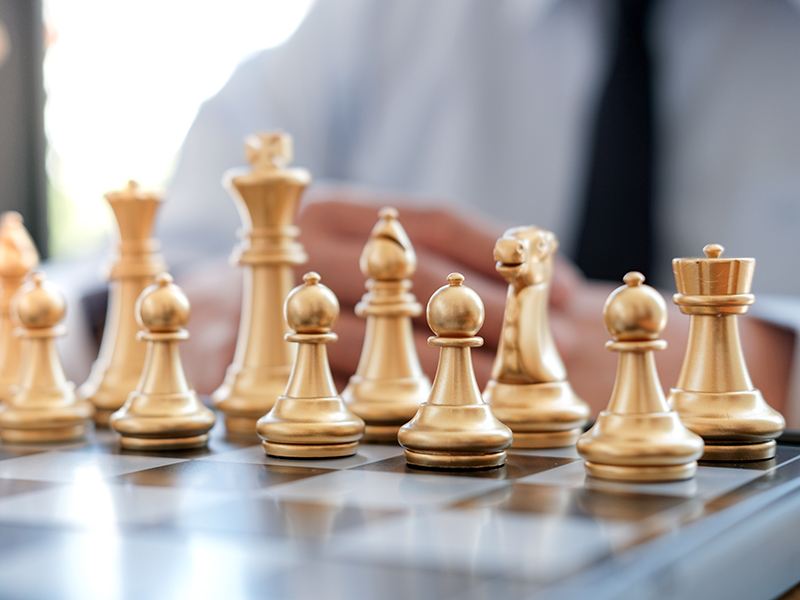 In a twist on the adage that information is power, a new study finds that many corporations appear to slant the tone of their public disclosures in order to beat down the share prices of companies they want to acquire.

It doesn’t work in all mergers, and it can cause a backlash from shareholders in the target company. But if the two companies are in similar markets, where news about one company affects the perceived value of the other, the acquiring company can save tens of millions of dollars by shifting its public tone at the right moment.

The study, coauthored by Jinhwan Kim, assistant professor of accounting at Stanford Graduate School of Business, dissects these nuanced changes in tone at hundreds of companies that were in the process of negotiating big, all-cash takeovers.

If downbeat signals by an acquiring company could depress the share price of its target, the researchers found, the acquirers were more likely to sprinkle their announcements with gloomy references to “sluggish demand” or “challenging macroeconomic and currency conditions.” If upbeat news from the acquirer was likely to make the target look weak, the acquirer might announce a new product launch to compete with its target.

The savings for the buyer — and the costs to shareholders at the target companies — were substantial. In mergers between companies with a lot of information “spillover,” meaning that news about one company would affect shares of the other, the acquirers paid markedly smaller premiums over market price for their targets. The strategy translated to an average savings of between $23 million and $58 million per deal.

“This isn’t a smoking gun, but our evidence is consistent with the idea that acquirers make strategic choices about disclosure to lower the target company’s stock price,” says Kim, who performed the research with Rodrigo Verdiopen in new window at the MIT Sloan School of Management and Benjamin Yostopen in new window at Boston College.

The Spillover Effect
Looking at 381 all-cash mergers between 2000 and 2017, each worth at least $10 million, the team compared the tone of company press releases in the three months before a deal was announced with the tone in press releases both before and after negotiations. The researchers assumed that negotiations — which are typically secret — tend to take place in the three months leading up to a deal being announced.

They then compared what happened in situations with a lot of information spillover and those with none. To measure that, they looked at how closely shares of the target company moved in line with those of the acquirer.

Sure enough, acquiring companies adopted a measurably more negative or positive tone during merger negotiations compared to the pre-negotiation period if doing so was likely to depress the share price of their targets. Once the merger was complete, the tone often reverted to normal.

While Kim cautions that it is impossible to know a company’s true motivations, he and his colleagues cite several examples of what appears to have been strategic signaling.

Avery Dennison Corp., which makes “smart labels” used in retail and many other industries, entered merger talks in late 2006 with Paxar. One month before the companies publicly announced their deal, Avery Dennison reported seemingly strong quarterly earnings but mentioned “sluggish demand in the U.S.” Even though the company’s earnings had jumped 46% over the previous year, the tone of its release was far more negative: The ratio of negative to positive words was twice as high as it had been one year earlier. Shares of Avery Dennison dropped .2% over the next few days, and shares of Paxar dropped .32%.

A different case arose with Visa Inc.’s 2010 acquisition of CyberSource, an e-commerce payment technology company. The two companies began talks that January and announced a deal in April. In March, however, Visa announced big plans for an online shopping tool that would compete directly against CyberSource’s products. Regardless of Visa’s motivation, the move gave it a significant pricing advantage: Shares of CyberSource dropped almost 1%, while shares of Visa jumped by about the same amount.

The Downside of Strategic Disclosures
The information warfare can backfire. The researchers looked at 101 mergers that were announced but never completed. The deals that were most likely to collapse, or to spark an opposition campaign by activist shareholders, were those where the acquirers had more opportunity to weaponize their announcements.

“We generally view disclosure as a social good — the more disclosure the better,” he notes. “But disclosures create externalities that an acquiring company can strategically exploit to advance its goals. If we find more and more evidence that this is what acquiring firms do on a regular basis, policymakers might want to impose more stringent regulations on what companies can disclose during the negotiation period.”

In the meantime, Kim says, forewarned is forearmed. “If target companies know this is a possibility, that awareness could help them push back in the negotiations.”