Chandrakant Sampat also called India's warren Buffet was known for his discipline to investing, honesty and dry wit by many 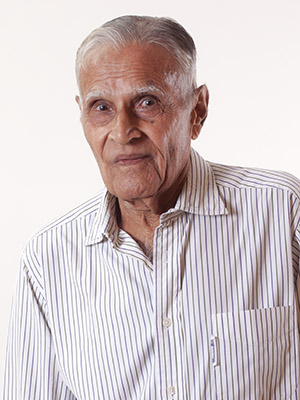 Chandrakant Sampat, considered by many as a doyen in investing in India’s capital markets passed away late Sunday. An inspiration to several of today’s investment gurus, Sampat made his wealth by identifying investment opportunities in the 1950s.

Last June, Forbes India got an opportunity for a rare media interview with him, for a Wealth Wizards special issue. He came across as being not just aware of current investment strategies that today’s experts went with – he was also deeply concerned about the impact of economic expansion on earth’s depleting natural resources and environmental challenges.

“We have become clever, but the wisdom is missing,” was what Sampat said, in a near-two hour long interaction with our team.

Sampat, who was influenced by economist Peter Drucker, entered the Indian markets at a time when all one needed was “a cheque book and a pen.” Back then in the 1950s, the Bombay Stock Exchange, though still an association of brokers, was a functional bourse.

Sampat began betting on companies such as Hindustan Unilever (then Hindustan Lever) and Indian Shaving Products (now Gillette India) in the 1970s, before they became investor favourites.

Value investing guru Parag Parikh, CEO of Parag Parikh Financial Advisory Services (PPFAS) remembers him fondly. “Whatever I am is because of him, he was my inspiration to enter the capital markets.”

“He was the Warren Buffet of India, who followed his advice to be fearful when others are greedy and greedy when others are fearful. Sampat was disciplined, not just about investing but all aspects of life,” Parikh said.

Sampat, an octogenarian, in later years travelled by public transport (despite owning cars) and refused to use a mobile phone. “He spent several evenings at the Hindu Gymkhana and people often sought his investment advice when the markets were bearish,” Parikh recounts.

“If you listened to him, the only thing you would get is wisdom,” Parikh adds.

Sampat is an autodidact who has spent decades honing the art of evaluating the actions, not the intent, of corporate houses. He had one piece of advice for investors: look for companies with the least capital expenditure, where the return on capital employed should not be less than 25 percent. His discipline to investing, honesty and dry wit will be missed.