A year and a half of forgoing virtually all travel and doing business by video conference has led many business people to conclude that a lot of their previous travel wasn't worth the time and toll on their bodies and mental state, on their families and the environment 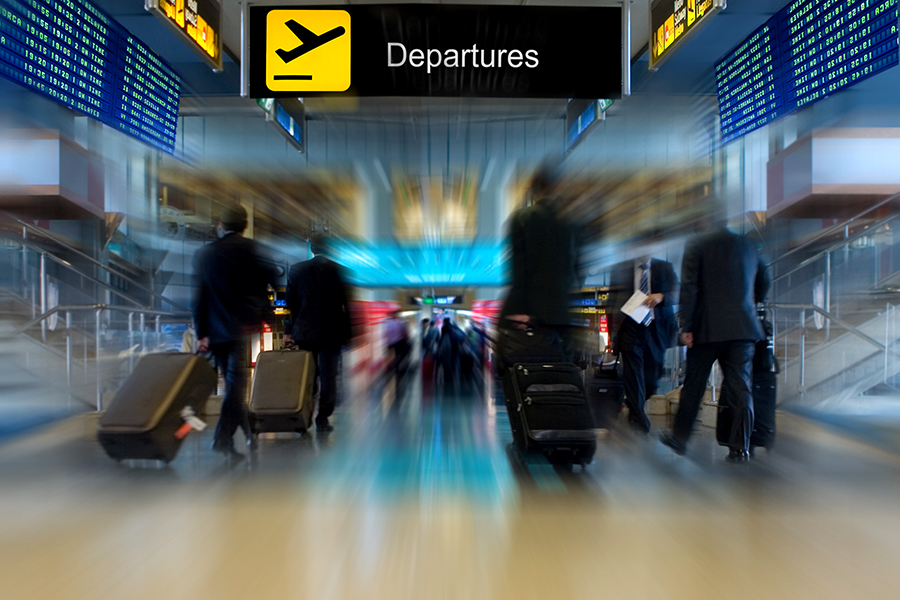 Boeing CEO David Calhoun has access to company aircraft as part of his job. Even so, he told an interviewer that he didn’t expect to fly nearly as much for internal company meetings after the pandemic.

Calhoun, like some of his peers, found that video calls were remarkably effective for checking in with colleagues, allowing him to pack in more meetings and schedule them with minimal advance notice, according to an account in “Leading at a Distance,” a recent book by James Citrin and Darleen DeRosa.

“I will do as much or more customer travel, because that’s still the most important way to build relationships,” Calhoun told the authors. “But most travel when leading big companies is visiting your own teams. I won’t be doing that nearly as much.”

There’s broad consensus that how often we fly for work and what we travel for will shift significantly post-pandemic. Who is traveling may be different as well. That, in turn, will prompt changes in what the travel industry provides to business people, a source of nearly one-third of its revenue before the pandemic.

A year and a half of forgoing virtually all travel and doing business by video conference has led many business people to conclude that a lot of their previous travel wasn’t worth the time and toll on their bodies and mental state, on their families and the environment. That’s even before considering the role that travel played in transmitting the virus across continents.

There’s a popular meme: “This meeting could have been an email.” Those of us who have traveled long distances for a single work meeting know that we could often just as easily say, “This business trip could have been a Zoom call.”

And before travel fully takes off again, some organizations and individuals are taking steps to rein it in. Adding significantly to the pressure are commitments that many companies are making to trim their emissions — goals that often involve slashing the carbon footprint of employees’ business travel.

One scenario is what Calhoun suggested: Companies could dramatically reduce whole categories of travel, such as in-person meetings with internal colleagues in other cities. A Wall Street Journal analysis last year, for example, estimated that intra-company meetings and training represented 20% of all business travel and predicted that 40% to 60% of that would go away permanently. The Journal concluded that 19% to 36% of business trips would disappear. Bill Gates predicted at DealBook’s conference last fall that business travel would still be more than 50% lower once things normalized.

In contrast with domestic leisure travel, which has largely recovered, business travel has been relatively slow in coming back. Just 9% of companies say they’ve resumed their pre-pandemic travel levels, according to a recent survey by the Association of International Certified Professional Accountants. United Airlines and Delta Air Lines both recently said that business travel remains about 60% lower than pre-pandemic levels, despite an increase in recent months. Rising coronavirus cases in recent weeks could delay the recovery of business travel further.

But Calhoun’s plan to reduce his own internal travel echoes the results of the accountants association’s survey, which found that two-thirds of companies were allowing travel for sales or client meetings, with fewer permitting travel for internal purposes or training programs.

Early indications suggest that most businesses will be reluctant to dramatically trim the estimated two-thirds of business travel that involves sales calls and client visits, conferences and professional services such as consulting. Executives remain wary of losing out to a rival who actually shows up in person, or seeing an important contract go away because of poor virtual communications. JPMorgan Chase CEO Jamie Dimon said in May that clients told him his bank lost business when “bankers from the other guys visited, and ours didn’t.”

United Airlines CEO Scott Kirby earlier this year predicted “full recovery in business demand because business travel is about relationships.” Speaking with investors via a conference call, he added, “You cannot build human relationships through a medium like this.”

Others also see the potential for corporate travel to swell, as increasingly dispersed workers need to reassemble regularly.

“The thing that we describe as business travel may actually grow in the future years,” said Lindsay Nelson, chief experience and brand officer at Tripadvisor, an online travel company. “But the kinds of people that are traveling and what they’re traveling for is going to change.”

Nelson predicted that remote-work arrangements mean that more employees will travel back to their corporate offices. So rather than an elite subset of employees flying out from a headquarters constantly, a greater percentage of workers will be flying into headquarters or off-site meeting locations to convene with one another.

Such a shift could lead hotels and airlines to rethink their loyalty programs — which have typically catered to the intense road-warrior traveler — to attract the business of regular, but less-frequent travelers. Nelson said such travelers might look for different perks, such as an extension of the flexible flight-cancellation terms that prevailed during the pandemic. Another trend the industry could cater to: Nearly 90% of business travelers surveyed by SAP Concur recently said they plan to attach personal vacation time to their business trips in the next year.

Rather than just accept that business travel will rebound, companies can use the change in practices of the past year to open a new chapter for how they approach it. A compelling reason for doing so is the environmental impact, especially as organizations pursue reductions in their climate footprints.

Commercial air travel is responsible for about 3% to 4% of total U.S. greenhouse gas emissions. First-class travel, because of the lower density of seating, can result in up to four times the emissions as sitting in the back of the plane.

At Zurich reinsurance company Swiss Re, for example, flights represented about two-thirds of its operational carbon footprint. As part of its net-zero emissions efforts, the company used the drop in corporate travel last year as an opportunity to more permanently reduce its carbon footprint. Its employees’ air travel fell last year about 80% from 2018 levels and it expects a drop of 30% or more this year from the 2018 baseline.

Swiss Re in January began adding a significant carbon emissions surcharge onto flights purchased by its 13,200 employees — representing roughly $500 on top of the price of a Zurich-to-New York City plane ticket. Team budgets can absorb these charges — which Swiss Re uses to fund carbon offsets and removal — since its employees are flying less.

But as travel comes back and the surcharges pinch into budgets, the goal is to force employees to think harder when booking a trip about whether it’s actually necessary.

“We still need to travel to meet clients — but maybe not as frequently,” said Mischa Repmann, senior environmental management specialist at Swiss Re. “We can merge trips, we can travel more mindfully than in the past.”

In addition to reducing the number of flights, businesses are using calculators to determine the least emissions-intensive locations for meetings, such as ones some participants can reach by train. And some are experimenting with “cluster meetings,” where attendees assemble in nearby hub locations and connect virtually with those in other regional clusters.

Environmentalist and author Paul Hawken calls flying long distances for business meetings “a catastrophically monumental waste of resources” and argues that companies would do better with less corporate travel. “We just got a good lesson in how to be effective without moving protoplasm around,” he said.

It would be easy for organizations to revert to their old practices, and probably many will. But their environmental targets will push some companies to rethink who travels and why. And while we know well the limits of video meetings, there are compelling reasons to forgo some travel and resign ourselves to settling in on Zoom.