The airline said it was ordering 15 jets that can travel faster than the speed of sound from Boom Supersonic, a startup in Denver, with an option to increase its order by up to 35 planes 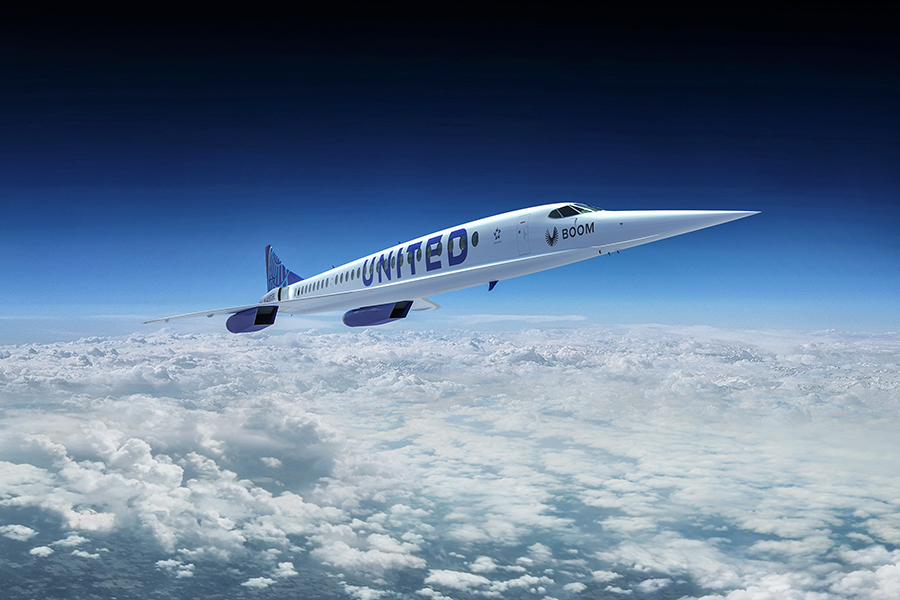 The era of supersonic commercial flights came to an end when the Concorde completed its last trip between New York and London in 2003, but the allure of ultrafast air travel never quite died out.
President Joe Biden mused about supersonic flights when discussing his infrastructure plan in April. And on Thursday, United Airlines said it was ordering 15 jets that can travel faster than the speed of sound from Boom Supersonic, a startup in Denver. The airline said it had an option to increase its order by up to 35 planes.
Boom, which has raised $270 million from venture capital firms and other investors, said it planned to introduce aircraft in 2025 and start flight tests in 2026. It expects the plane, which it calls the Overture, to carry passengers before the end of the decade.
But the startup’s plans have already slipped at least once, and it will have to overcome many obstacles, including securing approval from the Federal Aviation Administration and regulators in other countries. Even established manufacturers have stumbled when introducing new or redesigned planes. Boeing’s 737 Max was grounded for nearly two years after two crashes.
The deal is United’s latest attempt to position itself as a risk taker shaking up an industry that is just getting back on its feet after a devastating pandemic. The airline announced a $20 million investment in an electric air taxi startup, Archer, in February, and it is working on a “steady drumbeat” of more such bets, said Michael Leskinen, who heads corporate development at United.
“We are really confident in the future,” Leskinen said. “Aerospace takes a long time to innovate. And so if you don’t start seeking these opportunities out now, you will have missed them.”
United and Boom would not disclose financial details, including the cost of each plane, but Leskinen said the economics should be about the same as a new Boeing 787, a widebody plane that airlines typically use on international routes. United has committed to buying the planes if Boom manages to produce them, secure regulatory approvals and hit other targets, like meeting its sustainability requirements.
Boom also plans to make planes for Japan Airlines, an investor in the company.
What is not clear is whether Boom has solved the problems that forced British Airways and Air France to stop using the Concorde on trans-Atlantic flights — high costs, safety concerns and flagging demand.
“There was no airline interest,” Henry Harteveldt, a travel industry analyst and consultant, said about why supersonic flights languished. “And a big part of the lack of airline interest was there were no engines that were commercially available that would allow a supersonic jet to be economically viable.”
Two decades later, some startup companies, including Boom and Spike Aerospace, are pushing ahead with new designs and plans.
Boom, which is working with Rolls-Royce, the British jet engine maker, said its plane would be more efficient than the Concorde; United estimates it will be 75% more efficient. Boom’s planes will not be as noisy as the Concorde because their engines will create a sonic boom only when flying over water “when there’s no one to hear it,” said Boom’s chief executive, Blake Scholl, who previously worked at Amazon and Groupon.
In recent years, many people have also grown increasingly concerned about air travel’s contribution to climate change. Supersonic jets are expected to use more fuel than regular jets per passenger per mile, according to experts.
Scholl said the engines on Boom’s planes would rely entirely on sustainable aviation fuel, which can be made from waste, plants and other organic matter. Experts say such fuel could reduce emissions, but its supply is limited, it is expensive and its use does not eliminate greenhouse gas emissions.
United said it was too early to know how much it would charge for the flights, which it would run out of its hubs in Newark, New Jersey, and San Francisco to start. But another big question mark about the plane is how many people will be willing to spend the thousands of dollars that each ticket on a supersonic flight is likely to cost.
United has long focused on business travelers, including by adding flights to Israel, China and other destinations popular with executives and by offering more business class seats on its planes. Leskinen called the idea of supersonic travel a “really powerful tool for business.”
“You can have a business meeting and still be home to have dinner with your family,” he said.
But corporate and international travel is expected to rebound slowly from the pandemic, and some experts say it might not recover fully for years because companies have realized that they can be effective without as many in-person meetings.
“The key to the success of supersonic transportation is the overlooked, underappreciated corporate travel manager, who is probably relegated to one of the worst offices in his or her company — and his primary task is to minimize corporate spending on business travel,” said Harteveldt.
If flights save a third of the travel time but also cost a third more, travel managers may end up saying, “I don’t know if we can justify that,” he said.

Tweets by @forbesindia
Sesame Street smart: Building a multibillion-dollar solar energy empire
Inside the world's largest cricket museum in Pune built by a former under-19 cricketer