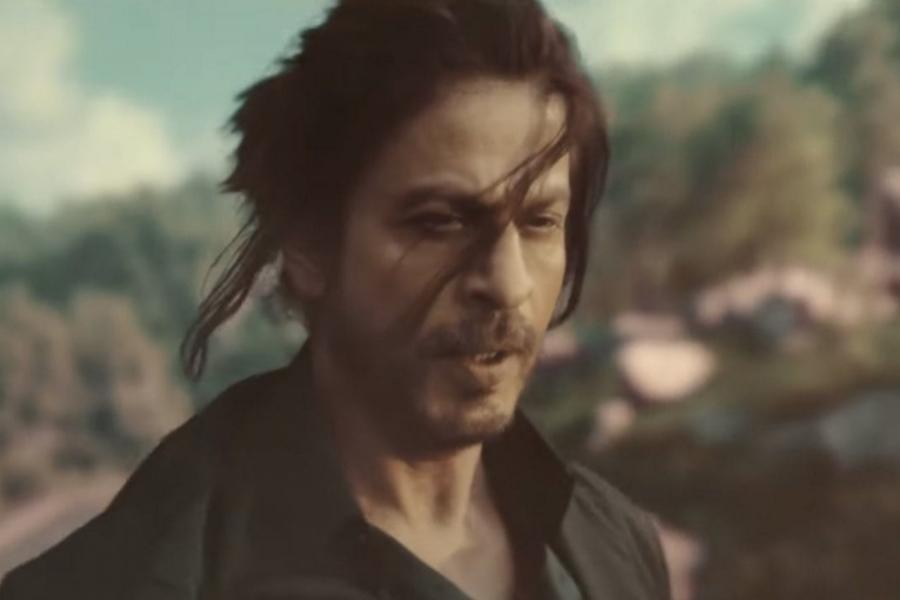 Shah Rukh Khan, it seems, is back on his throne. The Bollywood superstar, referred to as King Khan, landed a big blockbuster campaign after what seems like a long hiatus. This time, though, he’s neither running around trees nor spreading his arms wide—his signature romance pose and inspiration for countless memes. Instead, Khan dons an action star avatar, beating up thugs on a high-speed train. As the new face of Thums Up, Khan is adding fizz to not just the drink but also his brand equity.

“He's throwing a punch for all of us,” says Nandita Chalam, former senior vice president and executive creative director, JWT.

Chalam talks about how the actor has been through some tough times with the controversy around his son and the debate around his praying gesture at the last rites of Lata Mangeshkar. “SRK has been quiet and dignified through all the difficulties he’s been through and he has come out stronger from it. His new action hero avatar in the Thums Up commercial is his way of giving it back to the world,” she believes.

“We all love the guy who falls and rises up. SRK’s brand equity has become stronger once again,” Chalam adds.

Chalam, who has worked with SRK for Lux commercials in the past, says the actor brings an immense fan following to the table. Even in a polarised world, where people either love him or jump to question his every move, the 56-year-old has a huge fan base, both in India and abroad. He also draws a huge die-hard female fan base, which could help Thums Up add some new layers to all that male-driven macho-ness it has built over the years.

According to Chalam, it makes sense for Thums Up to get SRK on board, given the brand’s international goals, because his global appeal is unparalleled.

SRK has also endorsed Pepsi in the past, and Salman Khan was a long-time Thums Up ambassador before Ranveer Singh came on board. Now, Salman Khan endorses Pepsi and SRK is taking the reins of the not-so-soft drink that recently became a billion-dollar brand.

The Coca-Cola Company-owned Thums Up broke into the billion-dollar brand club last year and is way bigger than the flagship brand—Coca-Cola—in India. In fact, beverage stablemates, Maaza (Rs 2826 crore) and Limca (Rs 2061 crore) beat the fizz out of Coke. Thums Up's total sales for FY21 stood at Rs 7500 crore.

All three (Thums Up, Limca, and Maaza) are homegrown brands, built by Parle's Ramesh Chauhan and acquired by The Coca-Cola Company in 1993 when the Atlanta-headquartered company had re-entered the Indian market.

While it looks like the Thums Up team thought Aj Kuch Toofani Karte Hai and went ahead and cast SRK in the commercial, it was actually a no-brainer for the team, says Arnab Roy, VP and head-marketing, Coca-Cola India and Southwest Asia.

“It was important to have someone very iconic to establish the power of the taste. We needed someone who is not a soft person and resembles this iconic toofan. From where he is now in terms of career and everything else fitted entirely with the whole campaign idea. It was a joint discussion, working with the Ogilvy team and then we just went all in,” says Roy in an exclusive interview with Storyboard18 on CNBC-TV18, which will air this weekend.

The commercial brings SRK right back in the game. For a long stretch in the mid-2000s, the actor endorsed over 20 brands together. Linc pens, Navratna oil, Emami, Dish TV, Nokia, Hyundai, TAG Heuer—name it and you had it on the actor’s endorsement list.

But with dwindling box office records, the number of endorsements deals started fizzing out. SRK was last seen in Zero in 2018. As for commercials and brand endorsements, the actor recently starred in a Disney+Hotstar ad and endorses brands like LG Electronics, Byju’s, Dubai Tourism, and Reliance Jio.

For Piyush Pandey, chairman of global creative and executive chairman, Ogilvy India, it is SRK’s strength of character that holds it together for him.

Thums Up is helping in bringing all the fizz back for SRK. The way the new ‘Soft drink nahi, Toofan’ campaign is shot gives SRK an extra edge to promote himself, say experts.

SRK has always tried to expand his expertise into the action genre as well, but the genre was dominated by the likes of Akshay Kumar. His image is of a romantic hero and in the past too, his fans have not accepted him well in the action avatar.

But a leading marketer with experience in the beverage category extends a word of caution.
He tells us that while this is surely going to be welcomed by SRK fans—given a bit of a hiatus he has had—from a brand perspective, the film loses out on establishing the product code.

“The product placement comes towards the end of the commercial, so for the first 30 seconds or so, the commercial looks like a promo video of an SRK movie,” he says, adding that “the product isn't at the centre stage.”

SRK’s big comeback film Pathan is scheduled to release in August. And, according to reports, the movie even has an appearance by Salman Khan, who switched his allegiance from Thums Up to Pepsi, lending the latter his brand of swag.

For now, it seems, both blockbuster brands—SRK and Thums Up—stand to benefit from the association if the two can build a ‘strong drink, not soft drink’ proposition together.

Devaiah Bopanna, one of the writers of the Disney+Hotstar ad SRK starred in, had earlier told Storyboard18 that Shah Rukh Khan is indeed the perfect embodiment of a liberalised, free market-driven India—where the urban middle class can dream, and nothing stops them from achieving those dreams. Essentially, be the toofan.