The treasured collection at France's National Library holds some 20,000 titles in all possible formats, from cartridges to diskettes and CD-ROM, and adds a further 2,000 samples each year 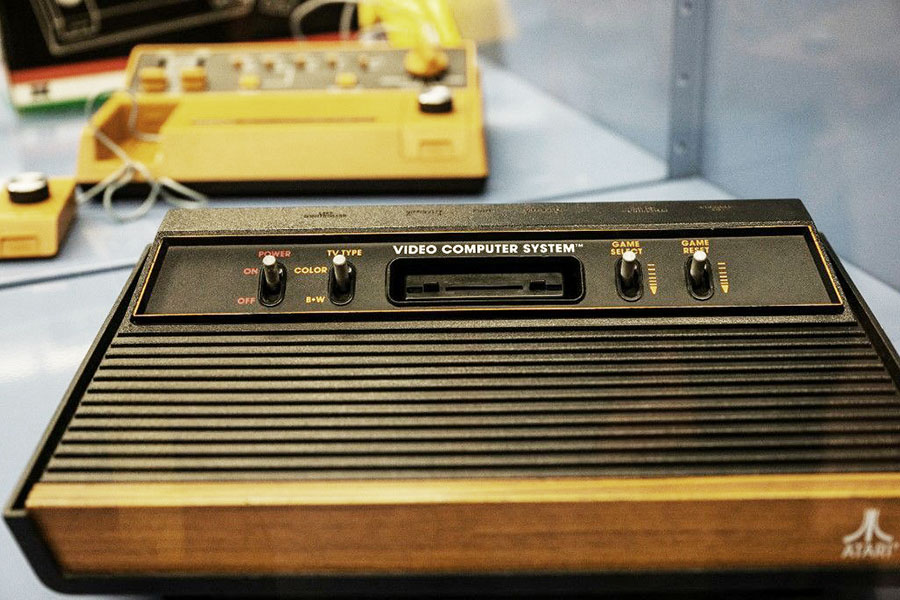 In the bowels of an imposing modernist tower in Paris, Laurent Duplouy carefully handles a pristine copy of "Tomb Raider" before slotting it back on the shelf alongside thousands of other classic video games.

Duplouy oversees a huge archive of games at France's National Library (BNF), one of the longest-running efforts to preserve a part of global heritage that is often overlooked by cultural institutions.

"The video game can be regarded as total art, because it combines graphic art, narrative art and a narrative structure," Duplouy told AFP.

The 1990s glass and steel structure, a short hop from the banks of the River Seine, houses room upon room of archived books, where researchers and students quietly go about their business.

But Duplouy is adamant the video game collection is not out of place in the august surroundings.

"For the BNF, video games are as precious as the other documents deposited here," he said.

"We pay the same attention to them. It is cultural heritage in its own right."

The treasured collection now holds some 20,000 titles in all possible formats, from cartridges to diskettes and CD-ROM, and adds a further 2,000 samples each year.

A team of 20 looks after the collection, empowered by a 1992 law on the preservation of multimedia documents.

While the law did not mention video games specifically, its wording is wide enough to be interpreted that way, making it one of the oldest pieces of legislation of its kind anywhere in the world.

The US Library of Congress only began its efforts to preserve digital media in 2000, and there are many other initiatives led by enthusiasts across the world.

The video games are stored on darkened shelves at a constant temperature of 19 degrees to protect them from humidity.

A few floors above, there is also an enviable collection of vintage gaming consoles -- from the earliest examples such as the rare Magnavox Odyssey from the early 1970s, to the Atari Lynx and Sega Saturn, all the way to the Nintendo Game Boy, the ultimate 1990s icon.

"We are keeping these consoles to give future researchers, decades or even hundreds of years from now, an understanding of how to play these video games, what hardware was used," said Duplouy.

While the consoles and physical games can be stored on shelves and behind glass, there are huge challenges with many games that can no longer be found in physical form.

For these, the library relies on communities of enthusiasts who re-create old games on modern computers.

"We have two engineers in the multimedia department who are constantly monitoring these issues to find emulators, make them work and make them compatible with our collections," said Duplouy.

The archivists also face a problem that many games are now played in the cloud and never exist in physical form.

Duplouy said the library was locked in negotiations with publishers and platforms to find a workaround.

Ultimately, he said, the ambition is to hold the largest collection in the world.

"It would be great for French heritage," he said.