To help prevent forest fires, some countries use "firefighting goats," whose mission is to graze flammable vegetation 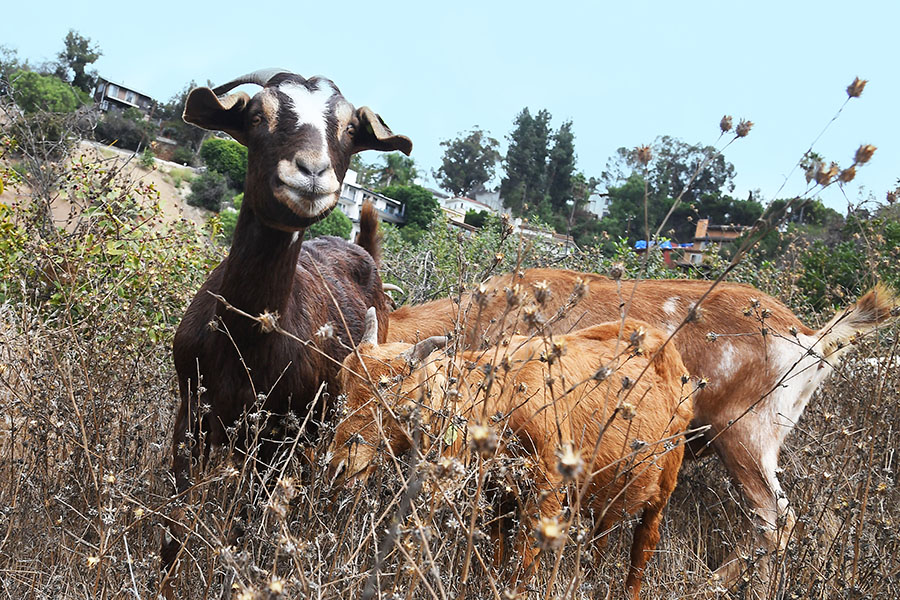 Goats are being called upon to graze in specific areas of vegetation in order to reduce the risk of forest fires or, if not to prevent them from starting to reduce their ancestry. It's a traditional technique that has been recently revived by countries such as Portugal and France, which are increasingly exposed to megafires.

Spain, France, Portugal... Forest fires are raging in Western Europe this summer, while the continent bears the effects of repeated heatwaves. Weather forecasts display large swathes of red and meteorological expets are predicting increasingly hot summers in the years to come, a direct consequence of climate change.

If forest fires can't be completely prevented, in order to be better prepared for them, some interesting measures have been deployed in recent years, such as eco-pastoralism, also known as eco-grazing or conservation grazing. The term refers to a technique used to ensure natural maintenance of areas of vegetation, using farm animals such as goats, cows or sheep.

Typically used in meadows or parks—for example, to naturally mow lawns using grazing—eco-grazing has been revived by Portugal to help limit the spread of forest fires.

An approach tested in France and California

Bushes, shrubs, twigs... by snacking on these small, highly flammable bits of wood, the animals clear the forests and reduce the risk of fires spreading from one wooded area to another. These goats therefore provide valuable additional assistance to firefighters, who in many cases are responsible for removing highly flammable vegetation to help contain fires and limit their intensity.. In the space of one year, more than 18,000 goats have been tasked with this mission in Portugal.

And it's not the only country looking to conservation grazing. In the United States, in Colorado or California, regions increasingly exposed to megafires, shepherds are increasingly taking their goat herds into wooded areas to encourage them to clean up the vegetation in these areas.

These "firefighting goats" also play a role in firefighting efforts in France, for example in the country's southern Var region, where the association "Bêle Colline" allows owners of land located near forests to experience the benefits of eco-pastoralism. Indeed, such landowners are required to clear their plots of land at the approach of summer if they are located less than 200 meters from a wooded area, something the goats can definitely help with!