According to a study published in May, global warming may shift nearly a third of agricultural production outside its ideal climate for cultivation, leading to potential widespread scarcities. To tackle this, scientists say, reintroducing genetic diversity and going back to domesticated crops' wild ancestors will help 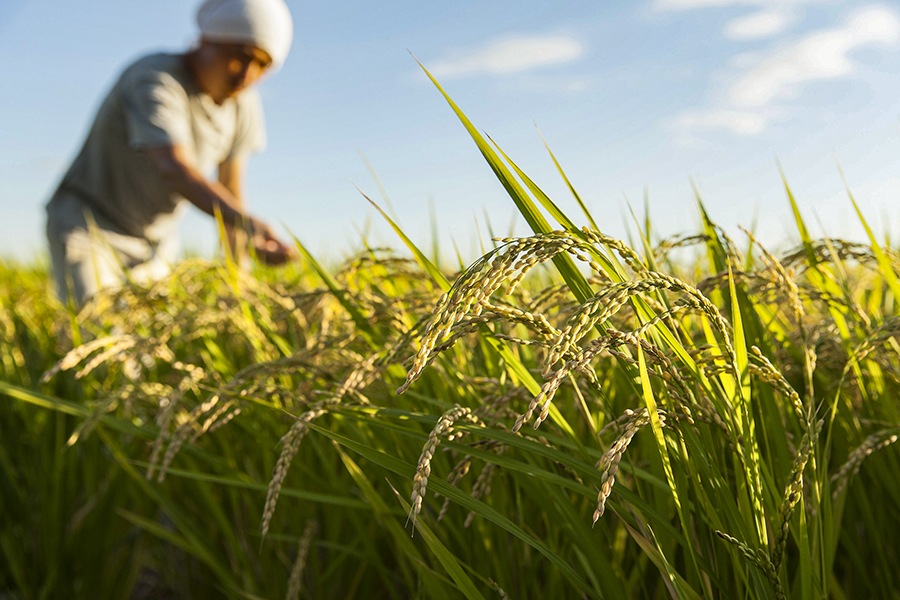 For more than 10,000 years humans have been using selective breeding to adapt fruits and vegetables to specific growing conditions that today are changing at an alarming rate.
Image: Okugawa / Getty Images

From a bowl of rice to a cup of coffee, experts say the foods we take for granted could become much scarcer unless we can make them resistant to climate change.

For more than 10,000 years humans have been using selective breeding to adapt fruits and vegetables to specific growing conditions that today are changing at an alarming rate.

And the same breeding that has made crops profitable has also made them vulnerable to rising temperatures, drought, heavy rains, new blights or plagues of insects.

"When you select 'for the best' traits (like higher yields), you lose certain types of genes," Benjamin Kilian, project lead for the Crop Wild Relatives Project at Crop Trust, told AFP.

"We lost genetic diversity during domestication history... therefore the potential of the elite crops to further adapt to the future—to climate change and other challenges—is limited."

The answer, scientists say, may be to reintroduce that genetic diversity by going back to domesticated crops' wild ancestors.

According to a study published in May, global warming risks shifting nearly a third of agricultural production outside its ideal climate for cultivation.

The International Potato Center predicts a 32-percent drop in harvests of potatoes and sweet potatoes by 2060 due to climate change, while some estimates say coffee growers will lose half of adapted lands before 2050.

Rice, the world's most important staple food crop, contributes massively to global warming by releasing methane as it is cultivated. It is also threatened by rising seas that could put too much salt into the water that floods rice paddies.

Older forms of these crops might have had resistance to salt water or high temperatures coded into their genes—and to get them back, experts are looking for their ancestors in the wild.

"We're going to need to use as much biodiversity as we can... because it reduces risks, it provides options," says agriculture expert Marleni Ramirez of Biodiversity International.

One potential resource is gene banks, like the Kew Millennium Seed Bank which has nearly 40,000 species of wild plants.

"But not all wild relatives are in the gene banks," says Kilian.

Instead, he says it's up to expert botanists to take undertake a time-consuming search throughout the wild, whose success can sometimes rely on luck.

Between 2013 and 2018 the Global Crop Diversity Trust gathered more than 4,600 samples from 371 wild cousins of 28 priority crops including wheat, rice, sweet potatoes, bananas and apples.

With his colleagues, he discovered a wild species of coffee in Sierra Leone that is more resistant to climate change than the widely harvested arabica.

And he says they found it just in time.

"If we had gone to Sierra Leone in 10 years, it would probably have been extinct," says Davis.

"Of 124 coffee species, 60 percent are threatened with extinction, including the ones we might use for breeding new resilient coffees."

In a survey of four Central American countries, one in four plants analysed was threatened with extinction, including 70 wild species connected to major cultivated crops like corn and squash.

And the race isn't over once they've been harvested.

Wild plants may not be adapted to large-scale agriculture and creating new varieties can take years or even decades—perhaps too long to provide an answer to an impending food crisis.

Instead, experts say, we may have to find a way to live without certain staples.

According to the UN's Food and Agriculture Organization, while the planet is home to some 50,000 edible plants, just three of them—rice, maize and wheat—provide 60 percent of the world's food energy intake.

Their disappearance could leave billions wondering what to eat and millions of farmers looking for a new way to survive.